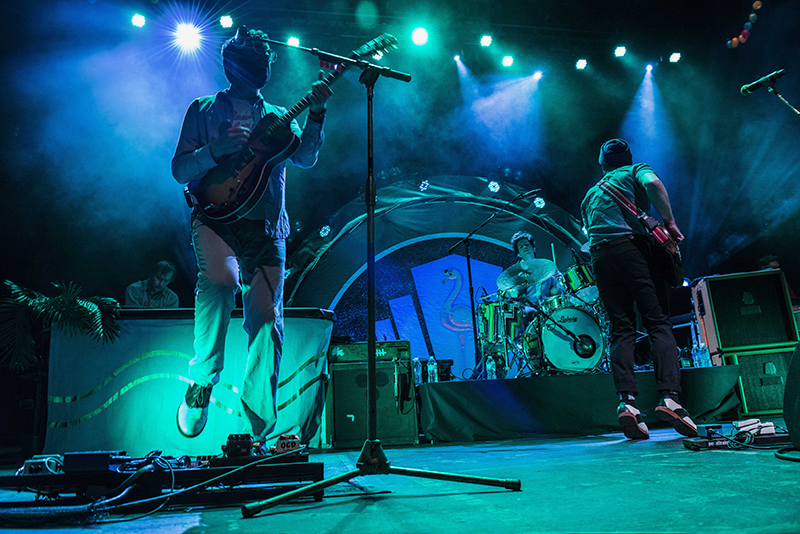 On Friday, April 10, Dr. Dog and mewithoutyou played Chicago’s Thalia Hall. Playing as a six-piece band, Dr. Dog’s live sound is dense and layered, marked by three-piece vocal harmonies and diverse instrumentation, without ever straying far from a 60’s psychedelic pop. While the set drew from many different albums in the band’s extensive catalog, the show was dominated by songs from their three most recent full-length studio efforts: 2013’s B-Room, 2012’s Be the Void and 2010’s Shame, Shame. A notable highlight was a re-worked version of deep-cut “Say Ahhh,” a song from the band’s early days that appeared on the lo-fi Toothbrush (2002). It was the first of three sold out shows that Dr. Dog would play in Chicago that weekend, and they delivered on the hype.