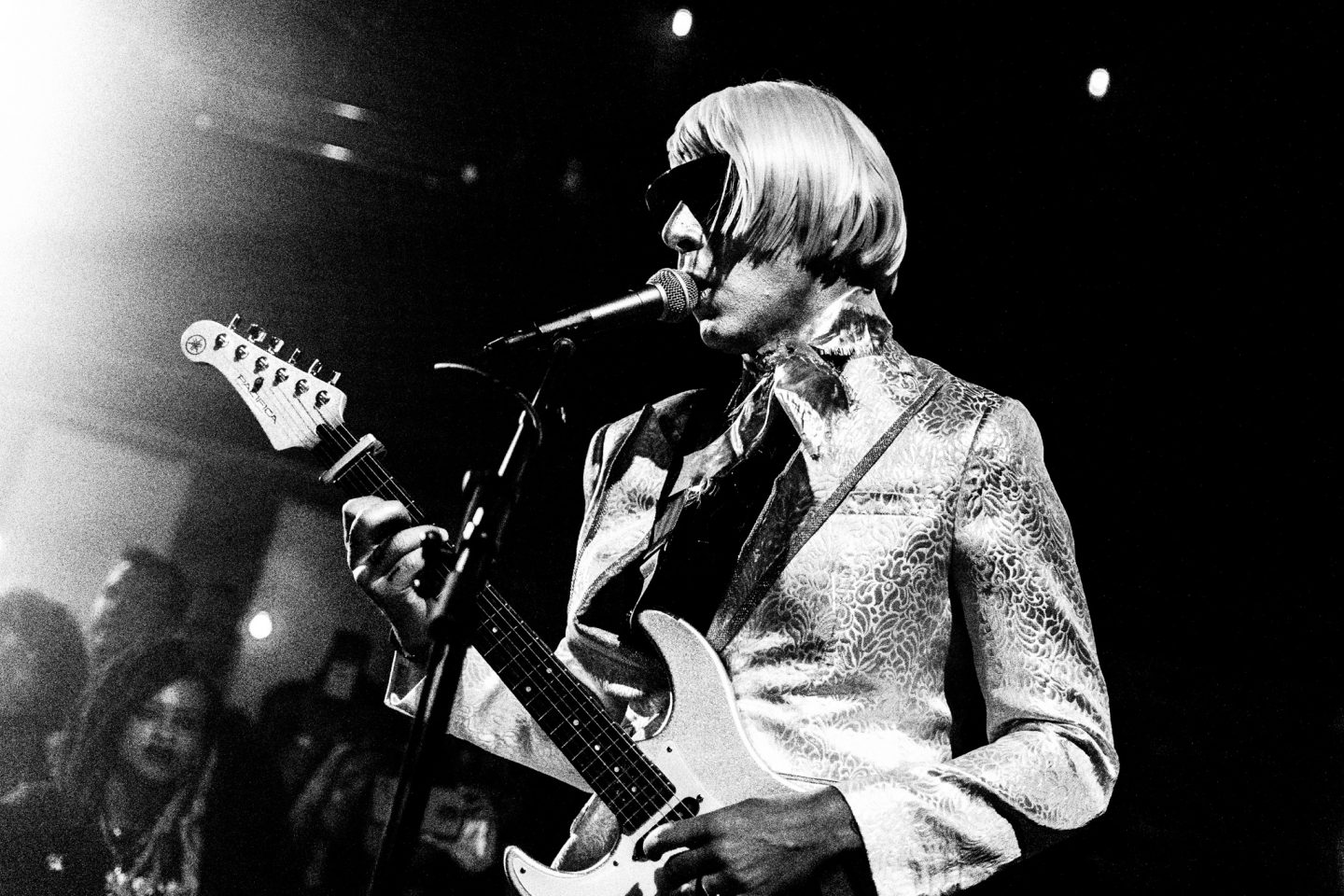 This show was an 80’s dark wave enthusiast’s wet dream. All the sights and sounds were there. The neon lights, the synth drums, the huge chorused guitar, the sad, dark vocals. For an evening, Drab Majesty transported us to another era and another land…probably Los Angeles. In the crowd was all sorts of candy: costumes, face makeup, New Order t-shirts, goth rockers, NIN rockers, lighted neon shoes, boys who dressed like girls, girls who dressed like boys…and then all the rest of us, but all there to here some amazing songs. And for those that have been on this planet for more than a few decades, they got a treat in being able to relive an 80s new wave past while witnessing that sound’s revival and indeed, it’s future.

Drab Majesty is the brainchild of Deb DeMure (an alias) and he leads the evening with a slow oozing command, like some kind of magical slow motion sherbet wizard. During the set, he often can be spotted having a conversation with someone unseen by the rest of us or taking a long slug from a wine bottle and then holding it to his ear like a telephone. The movements by both individuals on stage (they perform as a duo), are so slow and just straight bizarre, I have to keep reminding myself that I am, indeed, not stoned. Add to that a couple of Jazz Chorus amps on 10 with enough mid-range to actually nauseate you. But, somehow, in the midst of all this, there is a sense of dreamy vibes.

The show is extra special, because it’s one of Thalia Hall’s notable evening in the round stage setups. Basically, the band played on a foot tall riser in the middle of the floor. So, everyone packs in quite literally right up to the edge of the stage (riser) on all four sides. It such an intimate experience, both with the band and with fellow concertgoers.

Check out set highlight “39 By Design” from 2017’s The Demonstration and search up the official video to really catch an 80s buzz.