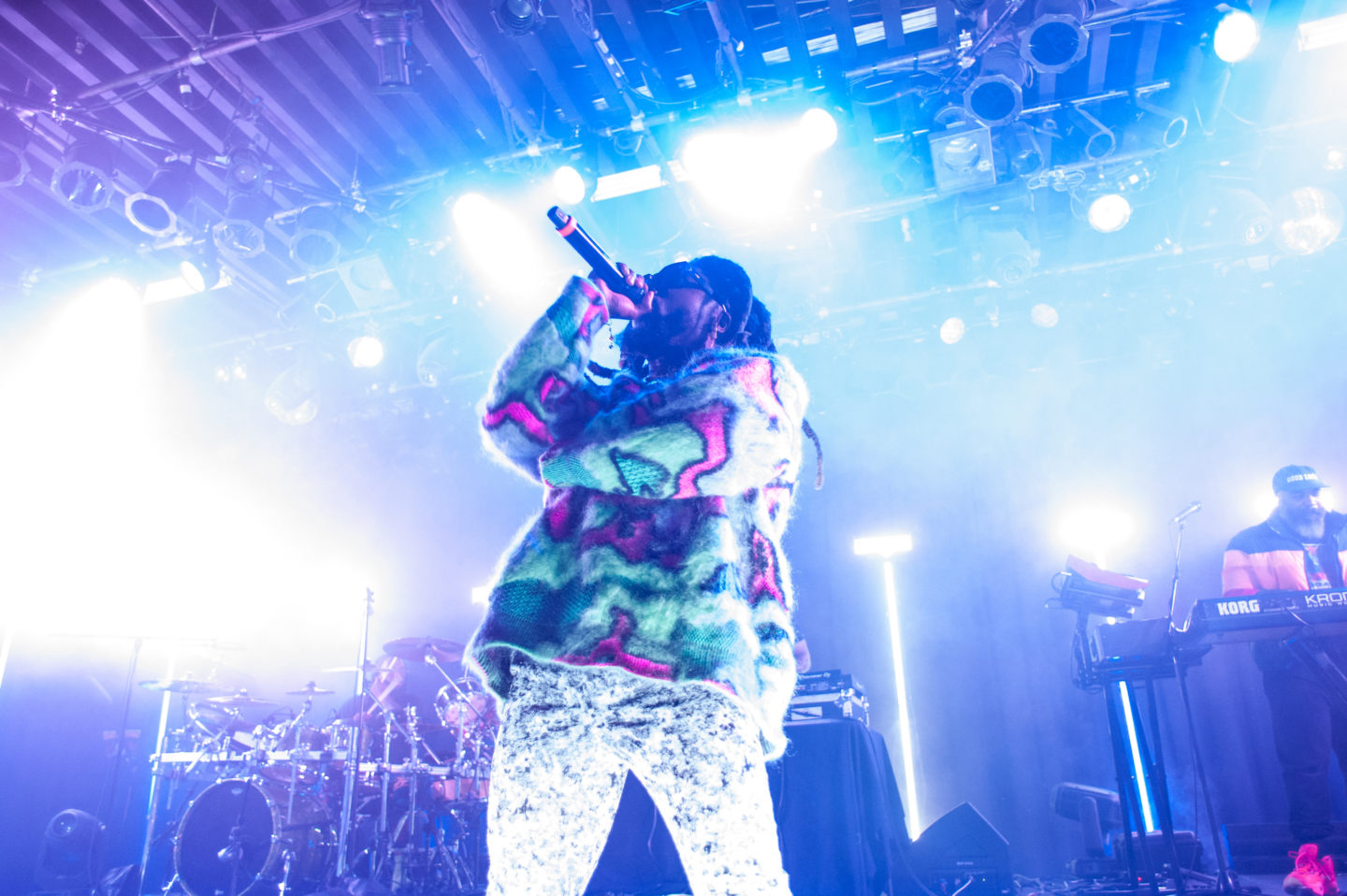 EARTHGANG brought the sound of Atlanta, Georgia accompanied by fun bright visuals, putting on a performance reminiscent of their hometown predecessors, OutKast.

Johnny Venus in his black and white acid wash jeans and his psychedelic knit sweater of dripping shapes of teal and pink, and Doctur Dot in his purple tracksuit and pink sunglasses, the bottom rim hung with chains swinging back and forth.

They played a lot of old songs from past discography, not just their new album, which is worth a full listen in its own right. Giving their true fans in the crowd a bit of everything they came to hear.

As someone who hadn’t seen them before, I knew I was hyped and primed to be disappointed, but they delivered, and they delivered huge. As if the needle hit the vinyl.

It was awesome hearing hit after hit, from ‘Bank’ to ‘Baptize’. I had my fingers crossed that they would play one of my favourites, ‘Stuck’, and again, they crushed it. You could tell they were having a good time, with high energy on stage the entire show, grooving along with the crowd. One thing that stood out to me was the song ‘Top Down’, when the crowd went berserk, singing along to every word, hands up, jumping to the beat. What a crowd-pleaser.

They put on a hip hop show that was fun and upbeat, without the dark, trappy sounds of most of today’s hip hop.  It was also nice at a hip-hop show to have a synth player and a drummer to accompany the DJ, to add that huge energy, adding the drum fills that you just can’t get on an album.

You could tell they were very appreciative of the crowd, to the point where they stuck around after the show and talked to the fans who lingered. In my experience, not a lot of people do that these days. Despite being huge personalities on stage, there was no big ego, and you have to respect that. They were just cool.

The entire night was one that I didn’t want to end. I count myself lucky that I got to see EARTHGANG at The Commodore Ballroom, before they move on to play stadium size venues. If you get the chance to see EARTHGANG, take it.