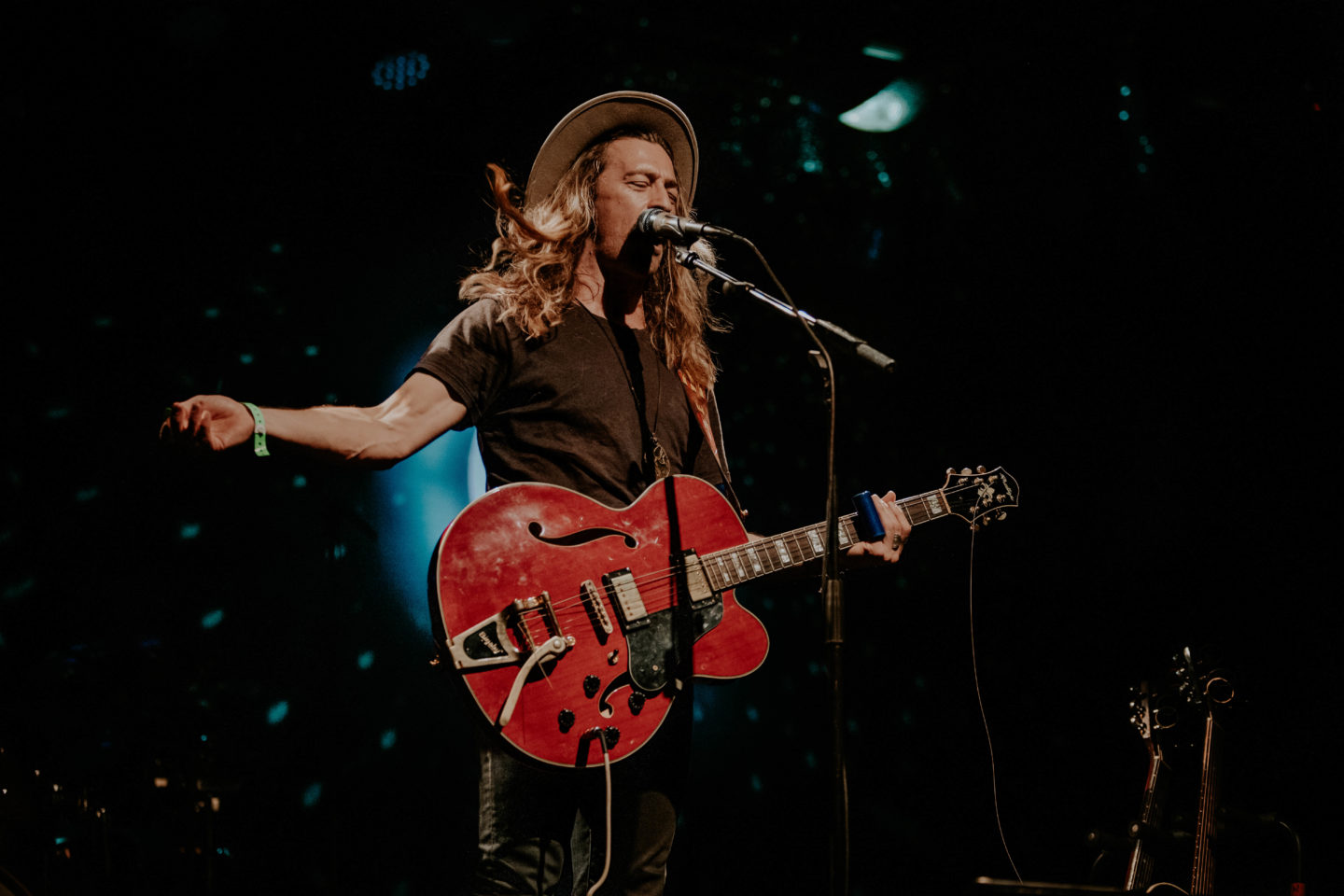 Infectious has become a word that we hate to hear these days, but Jesse Roper is infectious in all the ways you want. Even before the first note, you could see that this “country bumpkin” blues-rocker was ready to bring it. With a child-like glee, he declared that “it’s been a while” and he has “goosebumps” in his chest.

To match his bursting-at-the-seams energy, Jesse launched into his first song. The sheer speed of his fretwork and the complexity of his riffs were astounding. His instrumentation never got in the way of his singing. It backed his bellowing vocals in all the right ways.

Further on in the set Jesse mellowed things out, but only slightly. It was a great chance to hear his vocal range. With a smooth lower end and upper registry that has the right amount of punch and edge to remind you that, even if he’s singing a love song, he’s still a rocker who’s here to do just that.

In one of his songs, he sings “Anything you need, anything at all. You just ask me, little darling, I will give you it all,” and that is absolutely what he does for his audience. Even though he was without a backing band, it didn’t matter. He has enough presence for ten bands.

He closed things out with the crowd-pleaser “Hurricane’s Eye.” This was a chance to show off his incredible slide guitar as well as just get the crowd nice and riled up to say good night and leave his lasting mark on his adoring fans.

Ladies and gentelmen, it's about to get weird.