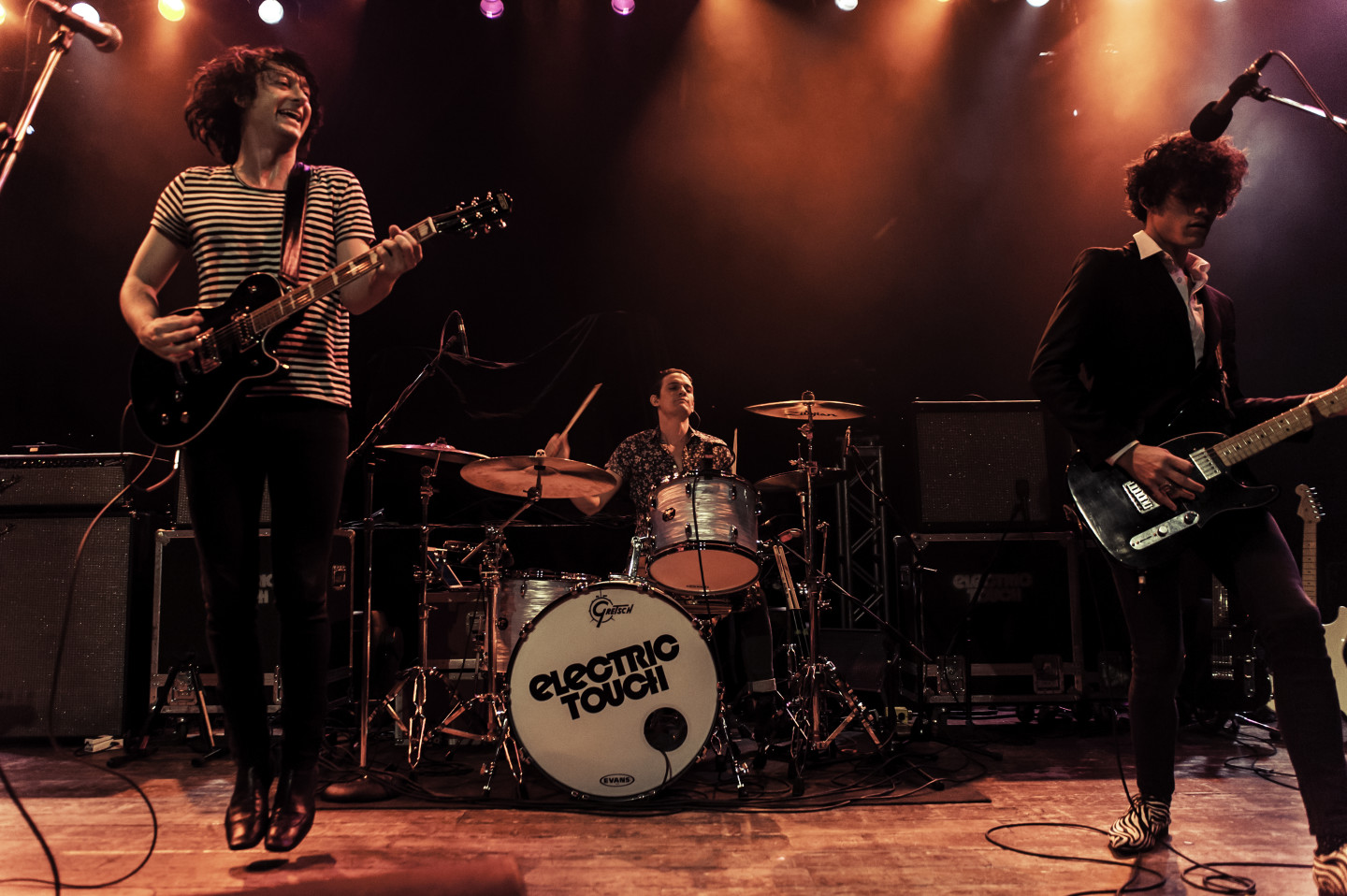 Reach back in your mind to the point that you first decided you wanted to be a rockstar. The first time you saw a dude in skin-tight leather pants and it could only mean one thing: he was getting all the chicks. You didn’t just want to listen to that guy’s music or get his autograph, you wanted to be that guy. You wanted to be a rock star. In the grand scheme of things it isn’t rocket science, but that’s not necessarily a bad thing when we still have plenty of live concert venues and no real space program to speak of. Each and every member of Electric Touch is a real life version of the guy you dreamed about becoming before you put down the guitar in favor of one of fifteen different careers behind a keyboard with letters on it.

Walking into the House of Blues that Saturday initially felt like escorting a younger sister to a Metro Station concert. Hundreds, if not thousands, of girls a fraction of my age all ready to rock out to the Disney-esque sounds of Action Item and Hot Chelle Rae. Don’t let the marque fool you though, Electric Touch is not a Disney band. They will inevitably reach the point of super stardom (when, not if) paved with romcom soundtracks and collectible action figures, but they’ll still feel genuine because they have just enough British tight pants sensibility. In other words, it’s not the type of band you have to worry about liking now and hating later when they sell out or become uber popular.

As the opener, they had the hard job of playing fluffer to a crowd that probably wasn’t there to see them. It’s a tough gig. Go in and impress a crowd of people that generally don’t care about openers, have no idea what your music sounds like and is easily impressionable. They were on their knees at the feet of the audience and they delivered a performance that left the crowd visibly excited and panting for more.

Start to finish, all the guys in Electric Touch work their asses off for every single die-hard fan they had by the end of the evening. Shane’s sultry, subtle British twang gets piled on top of killer licks from Christopher’s guitar and a never-ending, get your ass in gear drum beat from Louis’ kit–along with swoon worthy vocals and digital ivory duties from Isaac and a cementing bass line from Portland. Yes, everyone’s on a first name basis with the guys in Electric Touch. The start that I referenced earlier would be their performance and the finish would be the end of the Hot Chelle Rae performance. They manned their own merch booth after their set. They took pictures, signed autographs (and body parts) and had an impromptu meet-and-greet with fans at the base of the stairs after the show.

If there were still physical copies of the Encyclopedia Britannica, you would find a picture of Electric Touch next to arena rock in the 2012 edition. They manage to channel everything from The Clash and Aerosmith to The Kinks and INXS while still having their own identity and being approachable. Electric Touch is a rock and roll show for the entire family. If you have a little sister, take her with so you don’t feel so weird asking for an autograph. Then get rid of her and go drinking with the guys after the show.