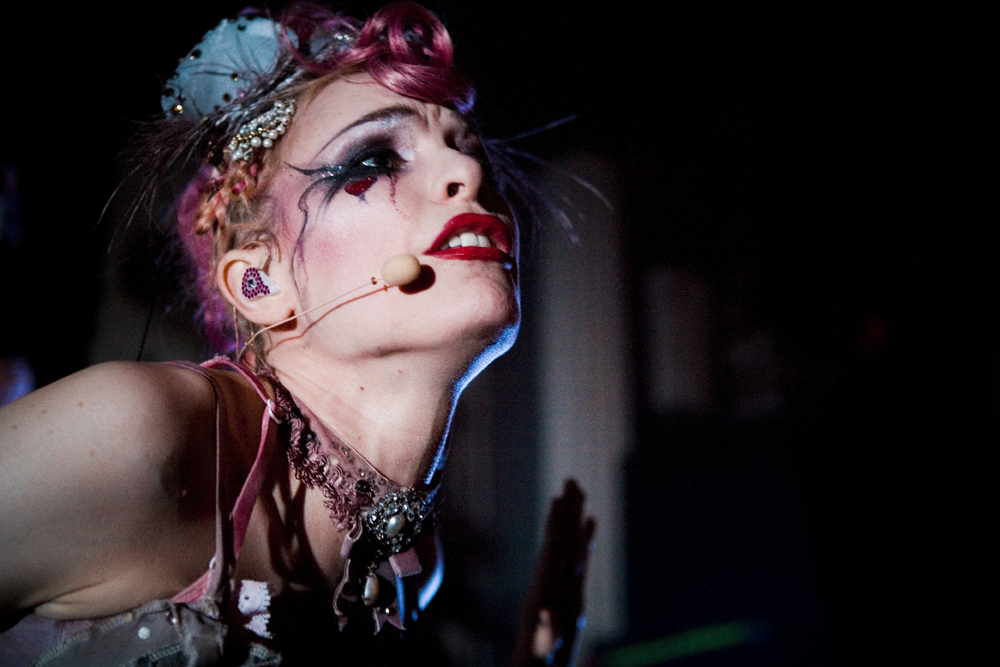 Vaudeville. Burlesque. Steampunk. Victorian. These are all things that aptly describe some aspect of the spectacle that was An Evening With Emilie Autumn. As the Bloody Crumpets (Autumn’s all female backing band) emerged as shadows from behind the giant, lit clock face to a cacophony of Vaudevillian entrance music, it was abundantly clear that any evening with Emilie Autumn would be an evening to remember.

Throughout the evening, the onstage dinner party had surprise guests ranging from Steampunk Master Splinter (Autumn displaying her love for the much maligned long-tailed rodent.) to a random female member of the audience (Naughty Veronica’s “Rat Game” where she made out with said girl in what can only be described as a painfully awkward first experience with amateur lesbianism.) and yes, refreshments were provided in the form of Captain Maggot’s “Pirate Brew” which was propelled onto audience members orally in the most loving way possible.

All things considered, it wasn’t really a concert so much as it was a deeply introspective portrait of a sort of steampunk, retrofuture Alice in Wonderland, as directed by Jean-Pierre Jeunet (La cité des enfants perdus if you’re familiar), and set in a Vaudeville insane asylum. Or it was complete lunacy peppered with violin and harpsichord perfection. Like I said, an evening to remember – even if it could have used more live music.