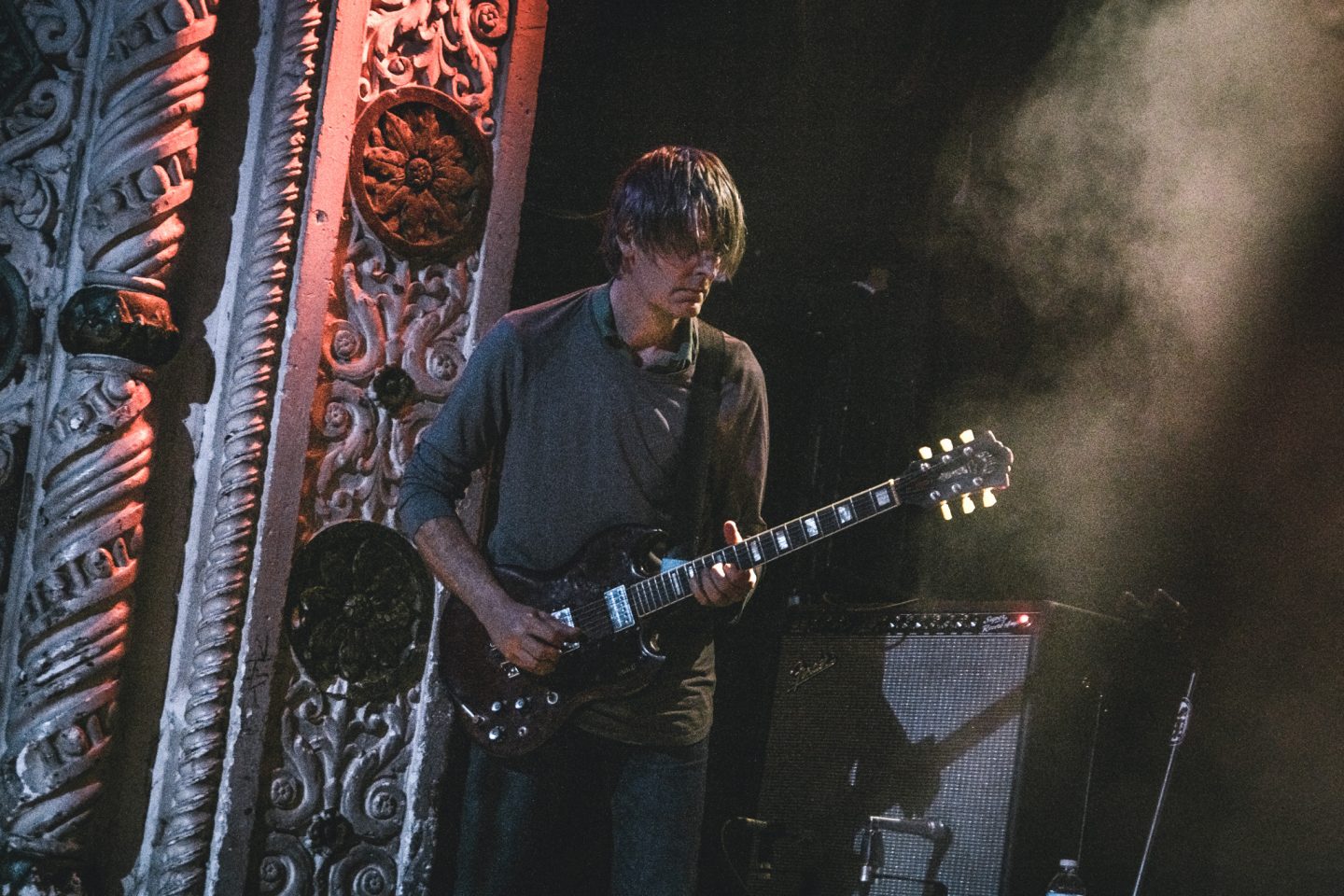 When music fans hear the name Stephen Malkmus, it’s impossible for them to not think of Pavement. Of course, this is for good reason. Known as much for their snark as they were their music, Pavement managed to carve out a unique place for themselves in the nineties music scene. So much so that it may come as a surprise to many that Stephen Malkmus and the Jinks have actually surpassed Pavement in both tenure and output. In fact, it’s not even close and last week, they dug into that discography for a show at Chicago’s Metro.

For those who may not have been to the Metro in some time, rest assured, it’s exactly as you remember. There are still all the checkpoints to get in and that crowded hustle to get out. The bartenders are still the same and there’s that weird little step in the corner everyone trips on. It’s nice to see such consistency after all these years and the same can be said for Malkmus. Just as the Metro does every night, Stephen Malkmus and the Jinks treated the crowd to not only what they’ve come to expect, but exactly what they want.

A Malkmus show is usually a laid back affair and last Wednesday was no different. This tour is in support of the band’s seventh studio record and latest release, Sparkle Hard. A much more mature album from Malkmus and songs such as “Kite” and “Bike Lane” prove that he is getting better at what he has always done. Which is whatever he wants. His albums and performances have always been mishmash collections of whatever genres recently piqued his interest and it all gets delivered in his seventies-styled, easy-going package.

On Wednesday, they were able to hit all the highs spots off their latest and still deliver some older tunes. “Ramp of Death” and “It Kills” found their way onto the setlist and pleased the crowd. For years, Malkmus avoided performing anything from the Pavement days but has relaxed on that end as of late and the encore brought back two deep cuts from his first band, “Starlings of the Slipstream” and “The Hexx.”

At one point of the show, Malkmus made the choice to play his guitar riffs behind his head. A flashy moment from the frontman, for sure. If it sounds odd to you, that’s because it was. This isn’t the type of showmanship fans expect from Malkmus. However, a moment later when he tried to make it back to the microphone, his guitar strap got stuck behind his head and under a shoulder, leaving it stuck to his neck like an oversized violin and no moment better encapsulates a Malkmus show. He’s good at what he does and an endearing goofball while doing it.