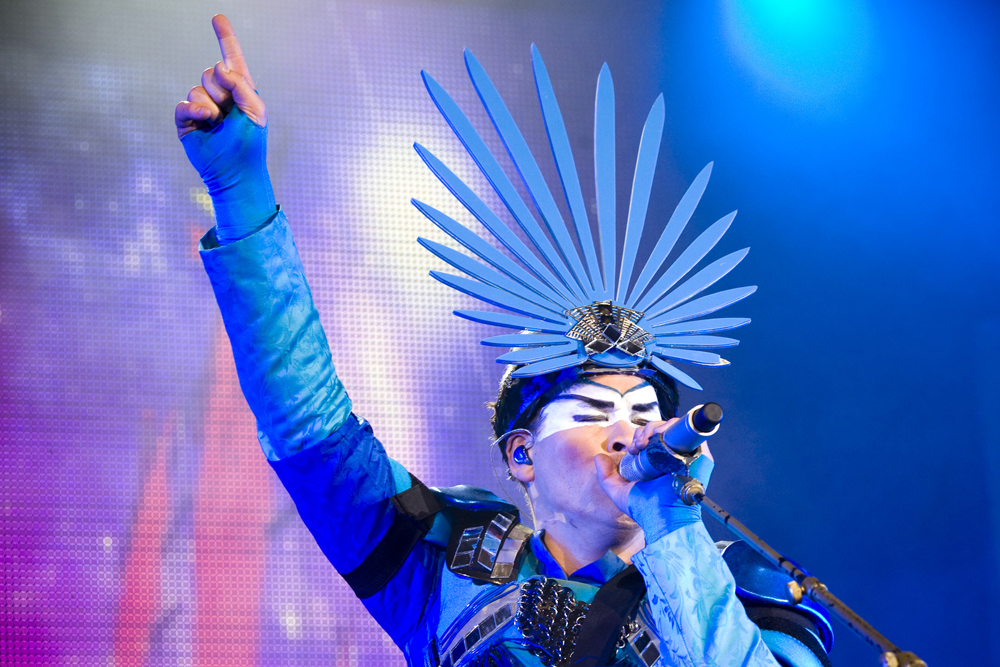 There are few bands with a stage show so picturesque, so purely awesome that they’re worth paying for to see live for the stage show alone. Empire of the Sun is one of those bands. There were dancers and costume changes, geishas and robots, lights in every imaginable hue and a dance party you didn’t even need to be on ecstasy to enjoy.

Empire of the Sun is Devo, mixed with 80’s hair metal and spiced with The Darkness. A live performance of Halloween in Boystown–complete with choreography and dancers–inside, in September. Characters from Dune transferred from a non-existent science fiction reality to the stage in front of you. Painstakingly matched and made up ship captains that lead you through the fog billowing all around you to the far off lands depicted on the screens behind them. A subconscious imperative to throw caution to the wind and let your feet do the talking – even if the dude next to you looks at you funny.

Once you cut through the constant screaming echoing out of the audience, you’re left with perfectly executed harmonies layered on top of flawless electronic production, punctuated with live drums and punched up with serious guitar licks. For good measure, throw in video production and costumes that Bay and Spielberg would drool over and you’re a few steps closer to painting an adequate picture of this Empire of the Sun performance. But honestly, this is one of those things you have to see with your own two eyes, so don’t miss them the next time they’re in town. You won’t be disappointed.