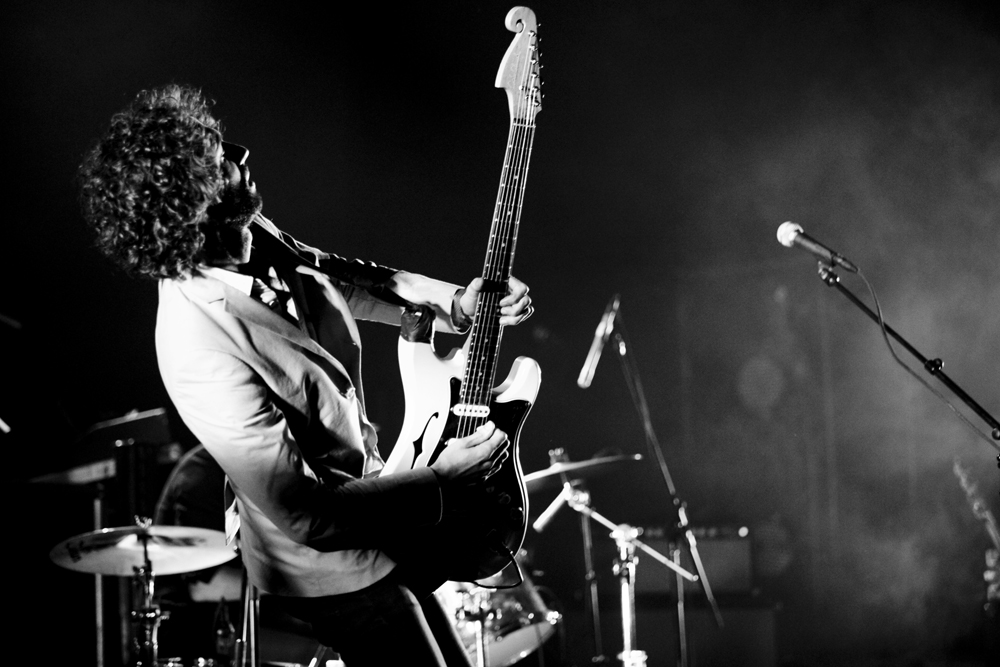 If Mick Jagger were reborn as a version of himself in his twenties or thirties, he would be Josh Moriarty, the lead singer of Miami Horror. Serious swagger goes without saying, but the man has even better moves with the six-stringed extension of his body that he wears like a badge of honor. He brought all the classics from the windmill to the machine gun to the stage and killed the audience with an infectious presence that was highly communicable.

Awash in a cool combination of blue and purple light, Moriarty stole the show from his Aussie compatriots as he bounced around the stage like an indie rock version of the Velveteen Rabbit come to life. Bolstered by the ambient electronic noises and a bass line that laid the groundwork for a frenzy of foot tapping, Moriarty took to the top of the speakers at the edge of the photo pit to conduct the dance hall hand waving that was taking place in lieu of a mosh pit.

Stoic in their support of the frontman, the rest of the band kind of melted into the background in the face of Moriarty’s stage presence. Moriarty was Joseph, and everyone else was the Amazing Technicolor Dreamcoat. Based on the audience echoed oohs, aahs and bah nah nah nahs, that’s a musical formula that works for them.