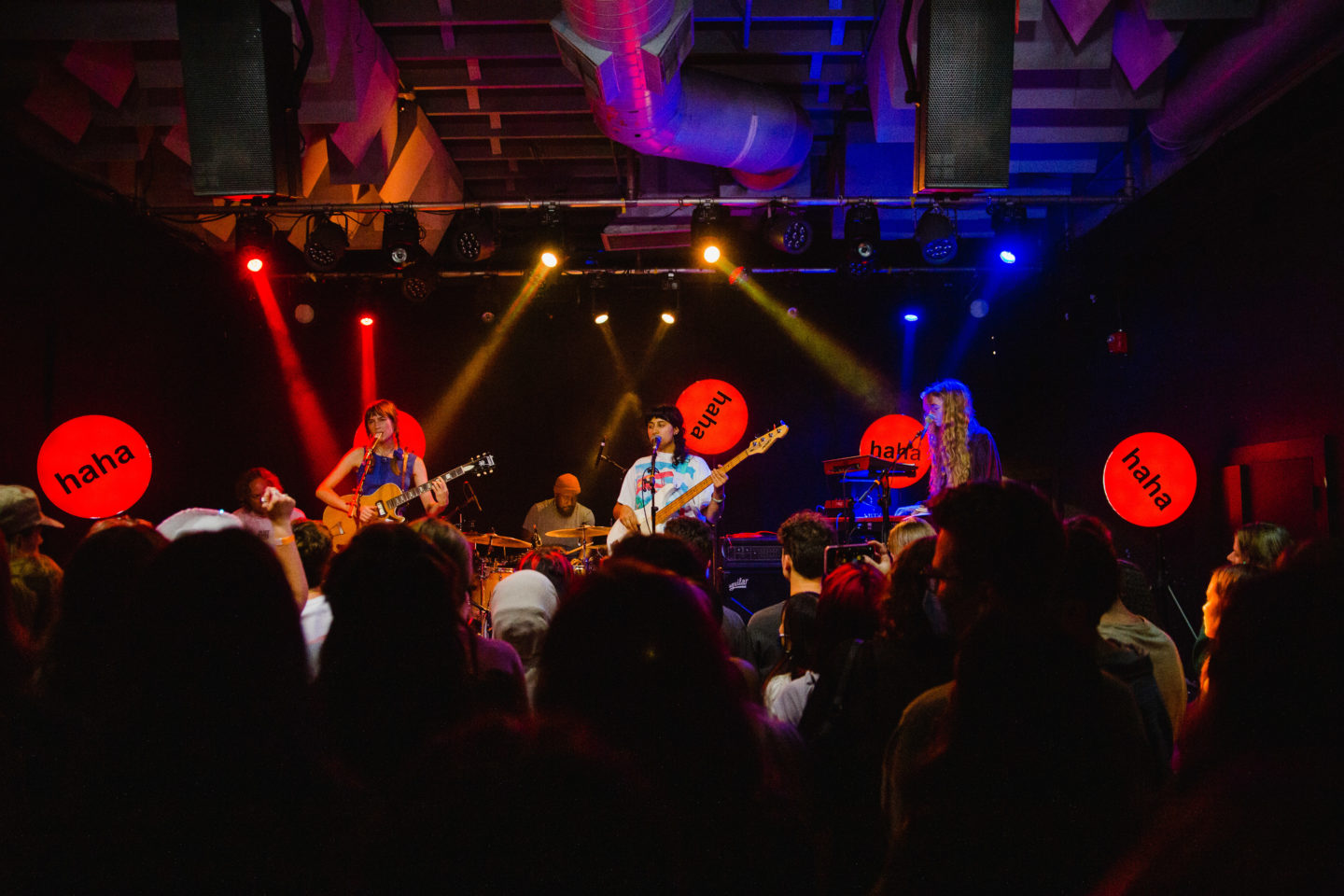 Similar to the warm breezes of her home state Georgia, Faye Webster constructs an atmosphere that feels reminiscent of the bittersweet release of tears on a hot evening. Paired with gentle winds of a late summer night and a multidimensional venue, Webster fosters a full-bodied welcome to the resurgence of the concert experience.

In a long and narrow room, untouched by the comfort of the coolness of the September nightfall, I wait in Webster’s sold-out, formal introduction to her midsummer release, I Know I’m Funny Haha. The anticipation creates a steady, eager hum throughout El Club. The approaching tangibility of the tunes that had been howled on windy highways and lightly wailed in weepy showers has a familiar feeling.

Her songs, as they flow out, feel like seeing a friend after the passing of many seasons. The flush of joy one gets upon the seemingly instantaneous muscle memory of finishing each other’s sentences. As if no time had passed, certainly not the two-year stage absence Webster recalls, her warmth fills the room and distributes a sweet energy. Early in her set, the crowd bellows with her the song In a Good Way, offering a rough, yet pleasant harmony. In unison, the words “You make me wanna cry in a good way” are sung, these words reminding us of all the vastness of emotions.

Webster engages in natural banter with the band and audience alike. She adroitly incorporates an Animal Crossing cover within the set, keeping the atmosphere playful even amongst tales of heartbreak.

There was a humor in hearing Webster’s music in real-time. For months on end, I familiarized myself with her songs in silo. A phenomenon of Webster’s music, which extends to her live performance, is her ability to write music that has a past life-like effect. She can transport you to a place that feels like your own. How easy it is to get lost in her words and your own world. A realization washed over me as I heard the murmurs of those around me gleefully note the start of their favorite song. As Webster dives into the twangy melodies of The Right Side of My Neck, I rejoice in the reminder that so often comes at shows. The reminder that I’m not alone because that’s one of my favorite songs, too. What a feeling it is to reunite with the act of being in community with one another and becoming wholly immersed by a conglomeration of notes and words.

If the idea of Neo-Country with diary-like lyrics pique your interest, give Atlanta Millionaires Club and Webster’s other works a listen.