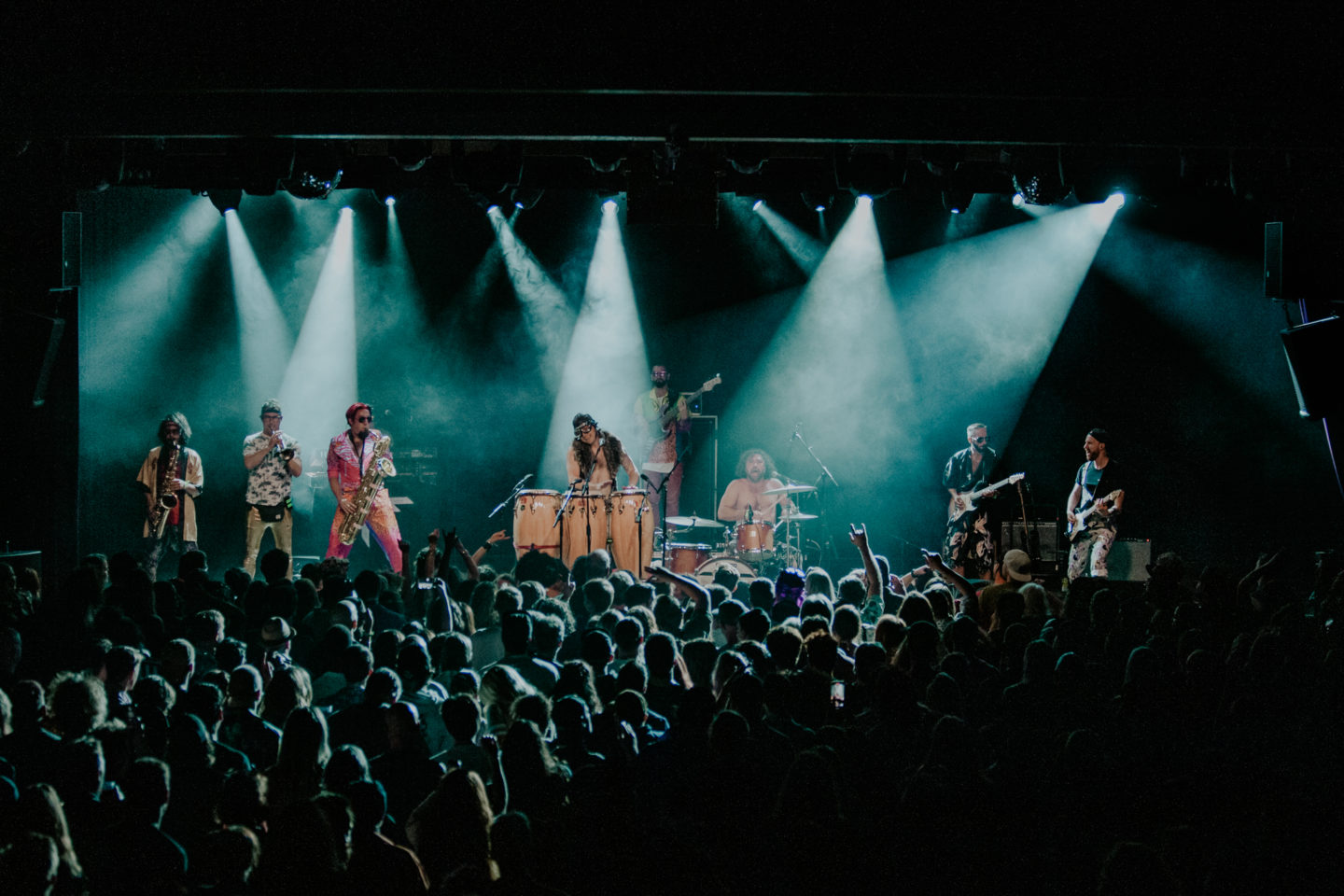 To simply call a night with Five Alarm Funk a concert feels akin to calling the Mona Lisa a bunch of paint. When you attend an FAF show you are endeavoring on a wholly otherworldly experience. You will laugh, you will smile, and most importantly, you will dance.

From the moment the band took the stage, the audience was charged, and it is clear that this crew has carefully crafted their sound to create an all-encompassing atmosphere of glee-filled partying. This pace set at the get-go would be carried throughout the nearly two-hour set. Anyone who has been to a concert in Vancouver knows we are not known for our dancing, but Five Alarm Funk bucks that trend with their infectious rhythms and stage presence.

For them, rhythm is both literally and figuratively front and center.  Placing two percussionists at the front dictates what the night is about. It is about movement and freedom, but it doesn’t just end with the rhythm section. Everything about their instrumentation is spot on. It’s hard to mention any one player because they create such a team. From the lead lines of the horns to the distinctively heavy guitars and funky bass lines, FAF hit with a crispness at all moments but also has that funk and swing so nothing feels robotic. Add in choreographed movement, a seemingly endless supply of costume changes from Thomas Towers, a few fake severed arms, and blow-up sharks,  you cannot help but find yourself dancing and jumping. Even the coldest hipsters simply would have to succumb to their contagious energy.

Their songs span a large variety of “issues” such as Sweat, Freight Trains, and even one about “a fucking hot dog.” It’s clear from their attitude that they’re here for a good time. Even their most critical and satire-laden song was of “the worst person on earth, the one, the only, the critic.” After I cried for a few moments, knowing that I represented this reprehensible villain, I was able to put down my own vivid emotions and enjoy the snark and joy of this band.

Being a mostly instrumental unit, the band gets showcased through their various breakdown and jam sessions. Everyone gets their moment to shine in a solo throughout the night, and each moment allows the band members to flex their musicality, without ever overindulging. It’s moments like this throughout the night that you can truly see that the music is at the forefront of each member’s mind. If it doesn’t add to the fun, or to the sound, it’s unnecessary.

At nearly two decades of playing this is a crew that clearly knows who they are and subsist on the identity of making sure that every moment is fun and engaging. Throughout the night they commented on how much it is “a pleasure to play for our hometown.” It’s hard to believe that the city with the moniker “No Fun City” could ever produce something as purely joyous as Five Alarm Funk, but in the past twenty years they’ve shown that they are here for the challenge, and luckily, after all this time, they don’t seem ready to stop, and in case you couldn’t tell yet, I’m here for it.

Bursting at the seams