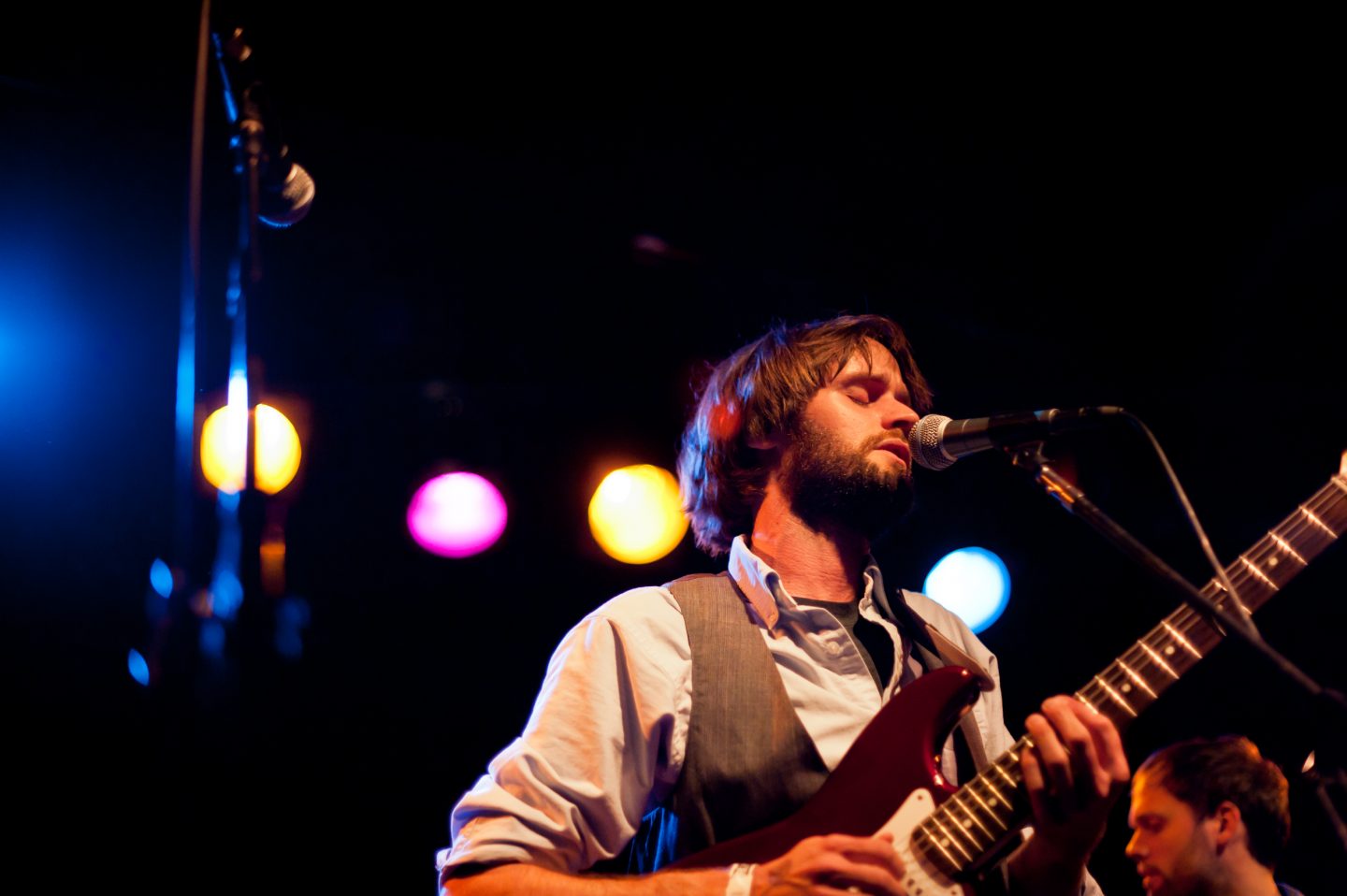 On the last Tuesday of June, the buzz of summer was alive on the streets of Belmont – and also inside the beloved walls of Schubas. Indie rock trio Fort Frances took stage to play songs from their debut record, Atlas. Admittedly, covering local bands can be a grab bag at times, but this was a show worth attending.

Shaggy-haired singer and songwriter David McMillin is the band’s frontman, joined by Jeffrey Piper on bass and Aaron Kiser on drums. Their musical versatility was appreciated. Both McMillin and Piper took turns behind the keys and switched guitars; Piper and Kiser regularly chimed in for harmonized vocals; and in a move that would make Tom Petty proud, McMillin broke out the harmonica for a song.

With musical influences ranging from The Beatles to Josh Ritter and Margot and the Nuclear So and Sos, it was evident that McMillin has a keen talent for interpreting inspiration into new music with memorable hooks. Lyrics were always heart felt, often textured with just a tinge of twang. Transitions into and out of the bridge of songs are very well written on this record, and shined in live performance.

There were moments when Fort Frances showed colors of being a newer band; like when McMillin admitted to being out of tune on a song when more than half the crowd likely couldn’t tell. While the band frontman was the most present on stage, he did not often make eye contact, which was a missed opportunity to connect to people more. There was also a pattern in the structure of many songs; a slow start begins at a simmer,  then evolves into a well composed chorus that builds to a boil by song’s end. Nothing wrong with a formula that works, though frequent use of that approach invites predictability.

On “Hard Earned Heart” McMillin delivered the lyrics with just the right balance of angst and composure. “Everywhere I turn. Everything I burn. All that I need and I know I can’t have. Breakin’ like a sun, sleeping like a gun, waiting to go off on my past…” This treasure of well paced lyrics is buried nearly 2 minutes into the track and only lasts about 20 seconds, yet defines the impact of the song’s message. It felt like a tease of impassioned greatness among the sea of a gloomy and repetitive refrain that would be appropriate for wallowing.

That said, there was an overflowing handful of shining moments that stood out among any less refined edges. The band’s rousing cover of Paul Simon’s “50 Ways to Leave Your Lover” can’t go unmentioned, but their original songs are most noteworthy. “The Ghosts of California” sounds like something crafted by the able hands of Jakob Dylan. McMillin sang the lyrics, “It’s a good year for leaving. It’s a good year for letting go,” with the maturity of a seasoned performer.  “If the Ocean Runs Dry” comes out the gate with a solid pairing of guitar chords and percussion that sets the tone for the repeat-worthy song it proves to be. In “Cities to Dust” – a track with drums that enthrall and a piano ending that would tie the song up with a neat bow if it could – McMillin sings, “All of us love to cover cities in the dust of all we’ve done wrong. Come on, let’s give history something to say about when we’re long gone.” On a new track, apparently not on this record, McMillin had moments that evoked the gentle magic in David Gray’s vocals. As further evidence of poetic lyrics, he sang, “We were always good at falling into pieces.”

Beautiful lyrics, impressive arrangements, artful musicians and a soulful performance. With more practice and time, Fort Frances has real potential to craft songs that will connect with a wide audience on a meaningful level.