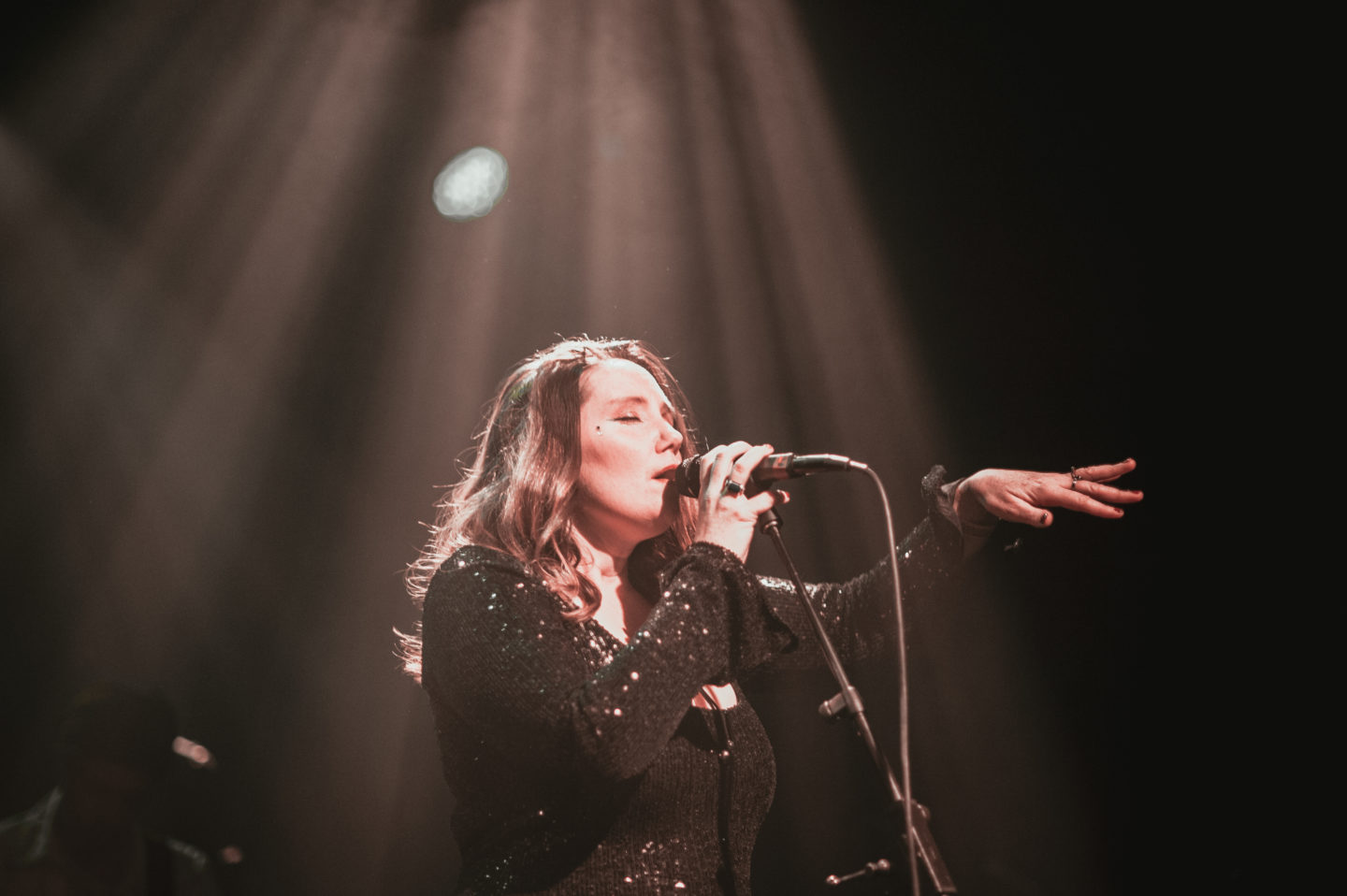 Frazey Ford came out with her 5 person band, who quickly established a soulful sound for the evening, fronted by her distinct and unique vibrato vocals.

For her first song, Frazey Ford stood at her mic, went on to pick up her acoustic guitar for the second, and sat at her keyboard for the third, rotating through for the rest of the show.  Accompanied by her wonderful backup singer, beachy style guitar player, a keyboard player with a Motown style, and a funky bassist.

Reminiscing about being back to play in front of her hometown crowd, she shared about the experience of being on the same stage, not long ago, playing to no one but a camera and crew for a live stream. It was evident that she was in front of a familiar crowd when a sizeable amount of the crowd knew that she had made her dress herself.

As the evening came to a close, Frazey Ford led the group in a 3 song encore, bringing the Kingsgate Chorus back on stage for the last song, ending the evening on a high together, the crowd moving along with a group of 18 on stage.