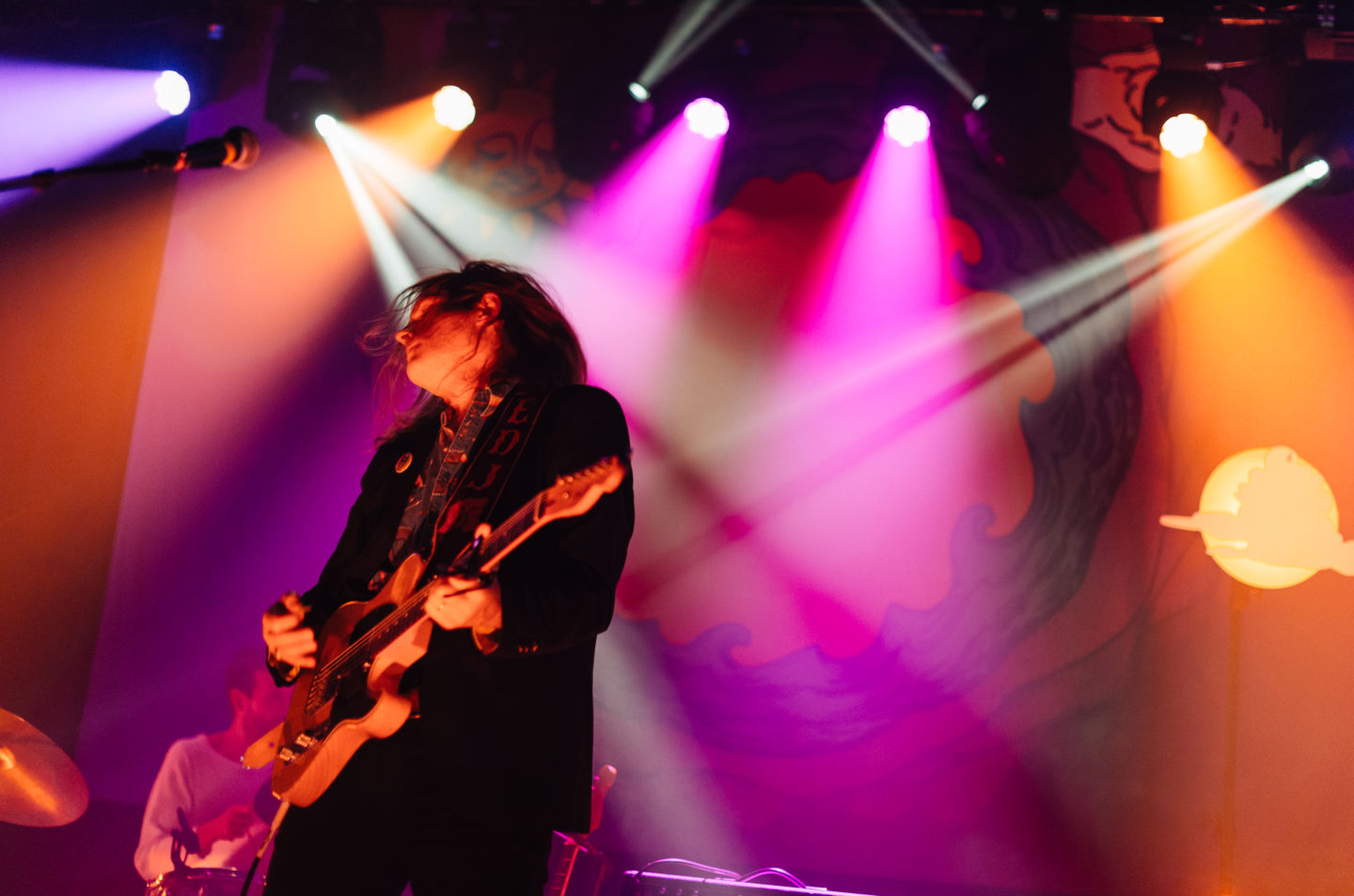 Fruit Bats at The Commonwealth Room

After two years of hermiting away from crowds, it’s daunting to think about putting on hard pants and standing shoulder to shoulder with strangers taking in live music again. Fruit Bats at the Commonwealth Room in Salt Lake City, with their chill sounds and relatively mellow-for-live-music crowd, were a welcome stepping stone back into that reality.

The Fruit Bats manage to bring both an energy and a calmness to the stage at the same time, like a lullaby you kind of want to dance to and definitely don’t want to fall asleep to.

Eric D. Johnson started the night earlier than expected with a cameo during opener Vetiver’s set. He started to ignite the energy of the crowd with a beautiful cover of “I Must Be in a Good Place Now” with Vetiver’s lead singer Andy Cabic. Needless to say, the room was more than ready when Johnson returned to stage with his full band in tow, kicking off the show with “A Lingering Love.” While Johnson’s voice was just as crisp and sharp as on their studio recordings, there was a welcome depth to their sound that was apparent at my first live show of theirs; Johnson’s voice a little deeper, the keys a little punchier, and a little extra funk coming from their rhythm guitar.

The band continued the show, mixing in old favorites (“Absolute Loser,” “You’re Too Weird”) with new—or at least, post-Covid—songs (“Eagles Below Us,” “Cub Pilot,” “Rips Me Up”). Or as Johnson called them to a crowd eager to finally see them in Salt Lake again, their “Utah debuts.”

The thing I appreciate the most about live music are those brief interactions where the band shares something beyond their music with the crowd.

The moment where you and the 700 people next to you create a sweet little inside joke with the band.

While tuning  their guitars for Avalon stairs, Johnson reminisced about a meth head heckler at a show in Utah that he wrote a song about. If I can speak for the whole audience, we’d love to hear that song.

Holding that treasure hostage, the band dove into the second half of the show. After the band played a gorgeous “Cazadera”, Johnson proclaimed that he was feeling Salt Lake, and to be fair, the feeling from Salt Lake City was clearly mutual. They went on to play some of their more popular songs like “When U Love Somebody” and “The Bottom of It” to a notably perkier, boppier room. And after an excellent cover of “Hummer” by the Smashing Pumpkins, even played a fan request for “Shane” (well, only because they were going to play it anyways, they joked).

After thanking the audience, the band returned only seconds after stepping off the stage, like they were just as excited for their encore as the rest of us. After kicking off round two with “Drawn Away,” they closed with the notably missing “Humbug Mountain Song” to the room’s delight.

Worth the pants? I’d say so.

A show you can get down to