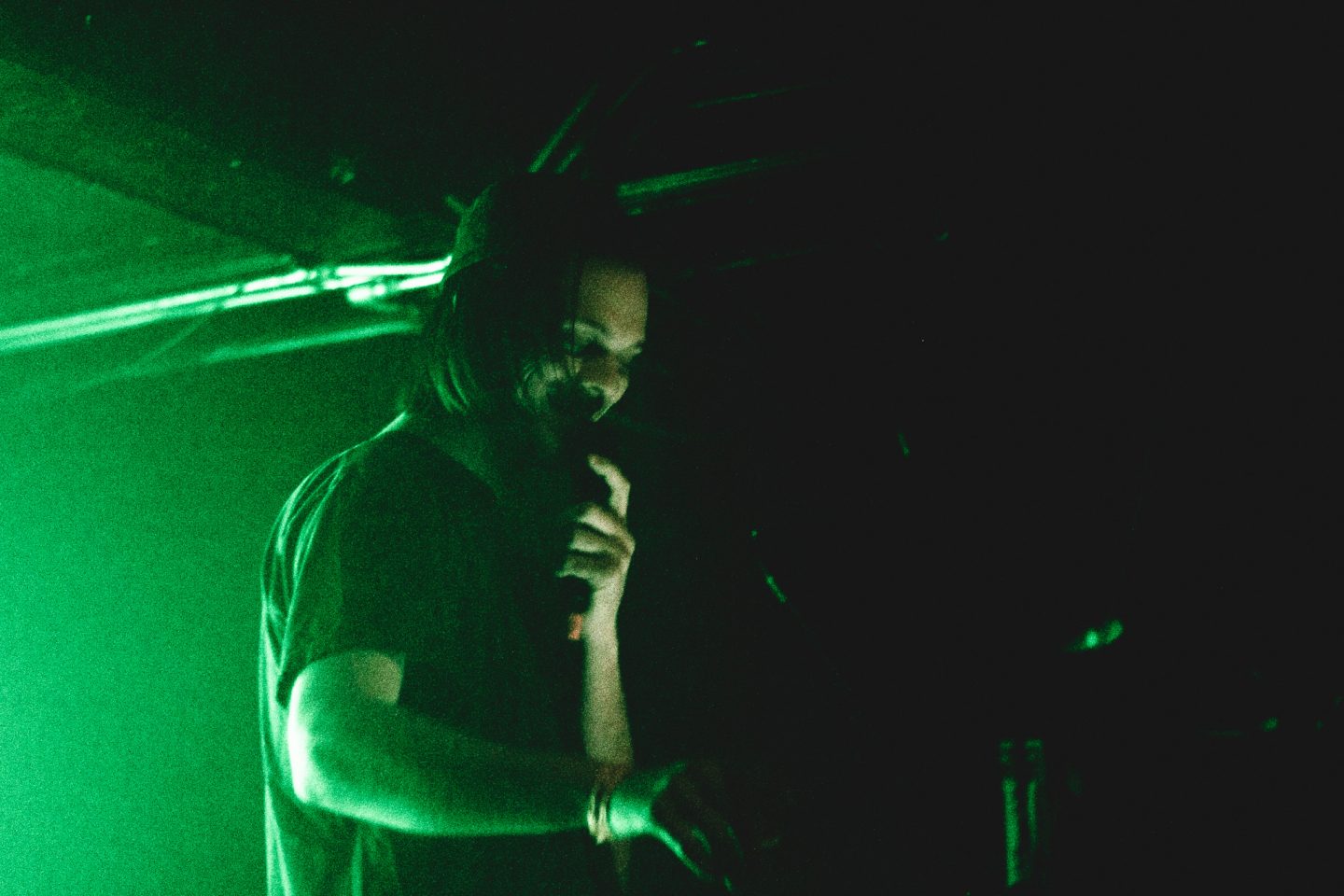 Last week, George Clanton was back in Chicago and played to a packed house at Subterranean in support of his second full-length album, Slide. Please note, however, this album is his second under the name “George Clanton” as he has been making records under multiple names for quite some time now. Only since 2015 has he moved on from his early moniker of Mirror Kisses to fully embrace his real name and musical identity as George Clanton. That said, he still releases new music as ESPRIT 空想 from time to time, including earlier this year. Clanton also has trouble sticking to one genre it seems. He has been described as chillwave, vaporwave, and/or electronica during his ten year career and despite the similarities between all three, nothing has really stuck. This makes sense, though, as evidenced by his live performance, no matter what he is calling himself or what subgenre others are labeling him, George Clanton is George Clanton. Unique in name as well as in sound.

Endearing may be the best way to describe a Clanton set. His high energy stage presence is as raw as it is unrehearsed, as if he’s a fan that has rushed his own stage to sing his favorite songs. Clanton jump-dances his way around the room, stretching up toward the balcony one moment, only to roll down into the crowd the next. He’s wonderfully unpretentious and no one minds his shtick, whether he’s referring to himself in the third person or interjecting 311 lyrics into his songs, the crowd nods their smiling heads and dances right along.

In about an hour thirty, Clanton moved through his set, playing tracks off the new record while throwing in some older crowd favorites. Not afraid of taking chances, he began the night by taking a request, had a live drummer with him on stage, and even brought out a guitar for one song, all strange moves for a vaporwave show. This is part of Clanton’s appeal, he doesn’t seem to know which box he’s supposed to be in and so he often strays off course. Nowhere is this more evident than with his vocal work.

Layered with plenty of echo and soaring in their high pitched whispers, his vocals are supersonic, akin to Jesus and Mary Chain or My Bloody Valentine. A strong vocal sound has never been a key component of vaporwave, yet here is Clanton, mixing his moody lyrics over his moody beats. The strange combinations playout beautifully live and songs such as “Monster” had the crowd engrossed and eager for more. He finished out the night with extended versions of his most popular tracks, “You Lost Me There” and “Bleed,” and made sure the crowd was ready for a big finish. “First, we’ll do this song, and, then, we’ll do the last, and it’s going to be great!” and, well, that’s just what happened. Name and genre will always be important aspects of the music industry but a good show is a good show and George Clanton is just that.

For your listening pleasure…

The Fox & The Hounds at Subterranean