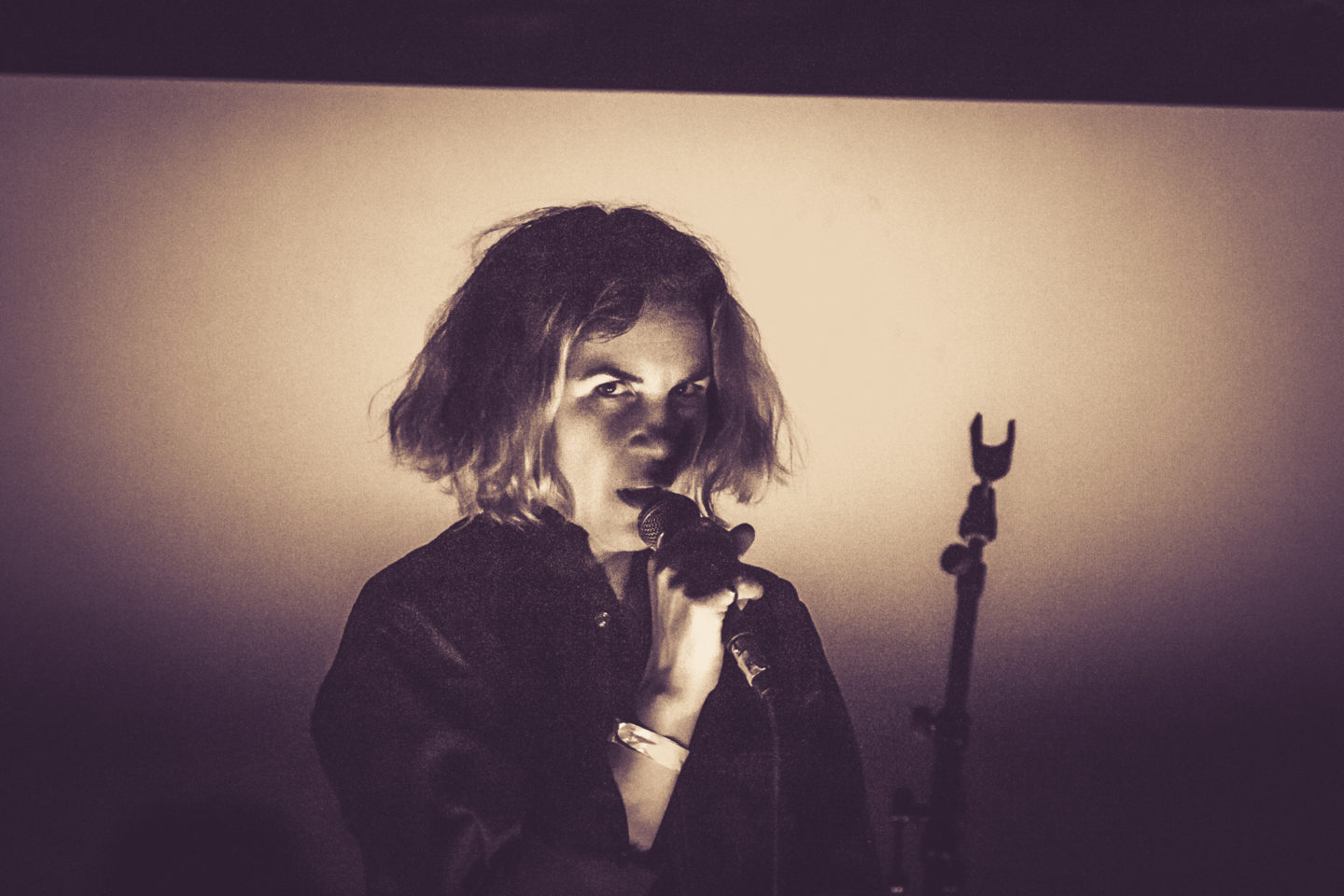 The indie dream pop duo, Young Galaxy, visited Subterranean in Wicker Park last week and treated a Wednesday night group of fans to a 14 song set. Usually a husband and wife team, this time around, Catherine McCandless left hubby, Stephen Ramsay, behind in Montreal and took the stage with Raul Campued, a fellow Canadian and member of Deadly Apples. The two worked well together as they hit all the high spots and made their way through a solid playlist in perfect time. Like all good Canadians, McCandless and Campued were polite and hard-working, never cutting corners while seeing each of the tracks through to their conclusion. Dark and moody here and then neon bright there, Young Galaxy engaged the audience with an honest and versatile set which kept their fans guessing as to what would come next.

While the latest LP, Down Time, garnered most of the duo’s attention, they were sure to sprinkle in hits from a deep discography. Uptempo and snappy, 2013’s “Pretty Boy” was followed by the more recent, light and airy “Show You the Valley” and worked so well you’d think they were recorded together, not five years apart. This loud-quiet-loud formula was the groundwork of their set and had the crowd swaying in unison one moment and dancing it out the next.

Song after song, McCandless’s vocals carried the load over Campued’s simple yet precise production. Young Galaxy accomplishes much from very little and with a voice as big and versatile as McCandless’s, it’s easy to see why. That said, on such songs as “Seeing Eye Dog” or “Frontier,” while the focus falls square on McCandless’s breathy delivery, it was Campued’s harmonies which added the serious depth to the overall sound. This is the work of minimalists going big. Sure, it can be a slow build, but the payoff is well worth the wait.

Things did take a melancholy turn towards the end of the set when McCandless addressed Young Galaxy’s impending time off. While the married couple intend to continue working together (and stay happily married), they’re off to pursue other avenues. In a recent press release she wrote, “Young Galaxy will go on hiatus so that we can go inside, stir it up, and regenerate. We both wish to focus on solo work, interdisciplinary collaborations, and ways of presenting content beyond prescribed music industry limitations.” The crowd appreciated the honest approach and McCandless took little time to move on to one of their latest, “River,” and closing out the night.

The last of the set was the big boom they were constructing all night. Heavy bass thumps under dark lights kept everyone dancing through the encore, “Factory Flaws” from 2015’s Falsework. While no one is sure what the future of Young Galaxy may hold or what form it might take, there is little doubt they’ll stop being the art-forward duo they’ve always been, building simple foundations up to complex finishes.

Close your eyes and let Young Galaxy show you the valley:

Endearing may be the best way to describe a Clanton set.