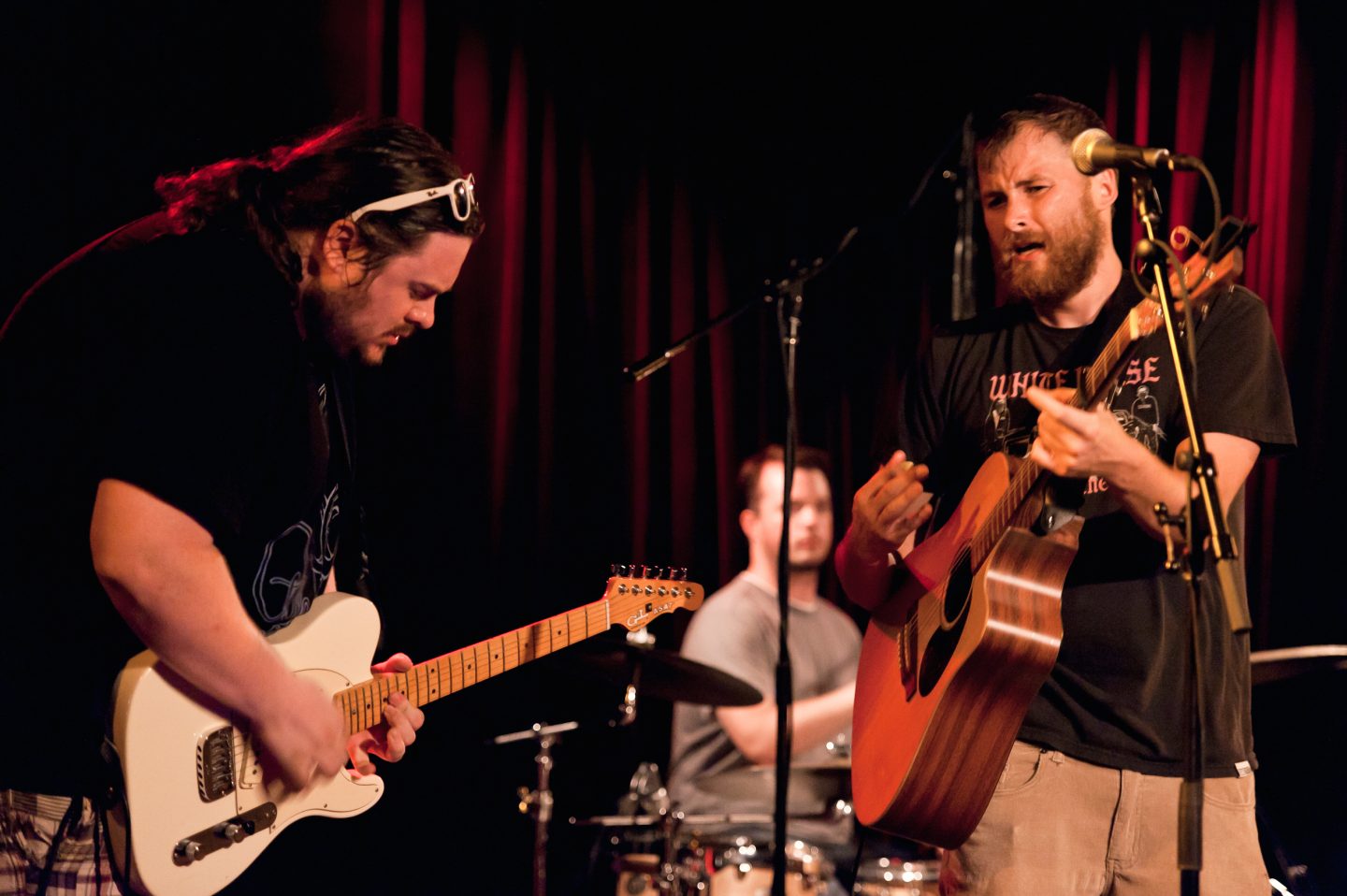 Looking at the members of Goodbye Picasso instantly instills a sense of comfort – before any of them even open their mouths or move their hands. The lead singer and acoustic guitar player looks a bit like Zach Galifianakis with a better haircut. The electric guitar player is that larger than life friend you had in high school that still rocks a metal ponytail that looks fearsome, but is actually in touch with his artistic side. The bass player is the only cool guy you ever met at the gym. The drummer is the best looking guy in your office building. The keyboard player is the guy you run into at the Farmer’s Market. They’re all familiar faces and personas, but none of them really look like they have any business being in a folk/indie/alt-rock/jam band. And that’s exactly why their performance will blow you away.

Somewhere between the emotional, almost pained delivery of Damien Rice and the song writing chops of Conor Oberst, you will find Chris Dreyer of Goodbye Picasso. Dreyer has a gift for reaching out and touching everyone in the audience in every possible way but physically. Even though the special feeling you get in the cockles of your heart – maybe below the cockles, maybe in the sub-cockle area – is a purely emotional one, he makes the rest of the room fade to black and it feels like his story is just for you. There might have only been around forty people at Martyrs’ that night, but based on the expressions on their faces and the clapping, they were all feeling the same way.

As the soothingly hypnotic lilt washes over you, it’s almost hard to focus on any other aspect of the band. The Prince meets James Brown meets Damien Rice presentation doesn’t happen with just Dreyer though. He might be the primary singer/songwriter, but he’s not the only one responsible for the impossibly catchy performance. Each and every person in this band has a presence and a passion that perfectly compliments not only Dreyer, but the other band members as well.

In all honesty, I listened to some of the music available on the Internet and was ambivalent about seeing them live. Not going would have been a mistake. Before you dismiss Goodbye Picasso as just another folk/bluegrass/alt-rock outfit, see them live. If everything involving an acoustic guitar and an emphasis on songwriting sounded this good, MTV would be still be playing music on their station for the Unplugged sessions alone. Yeah, they’re that good.