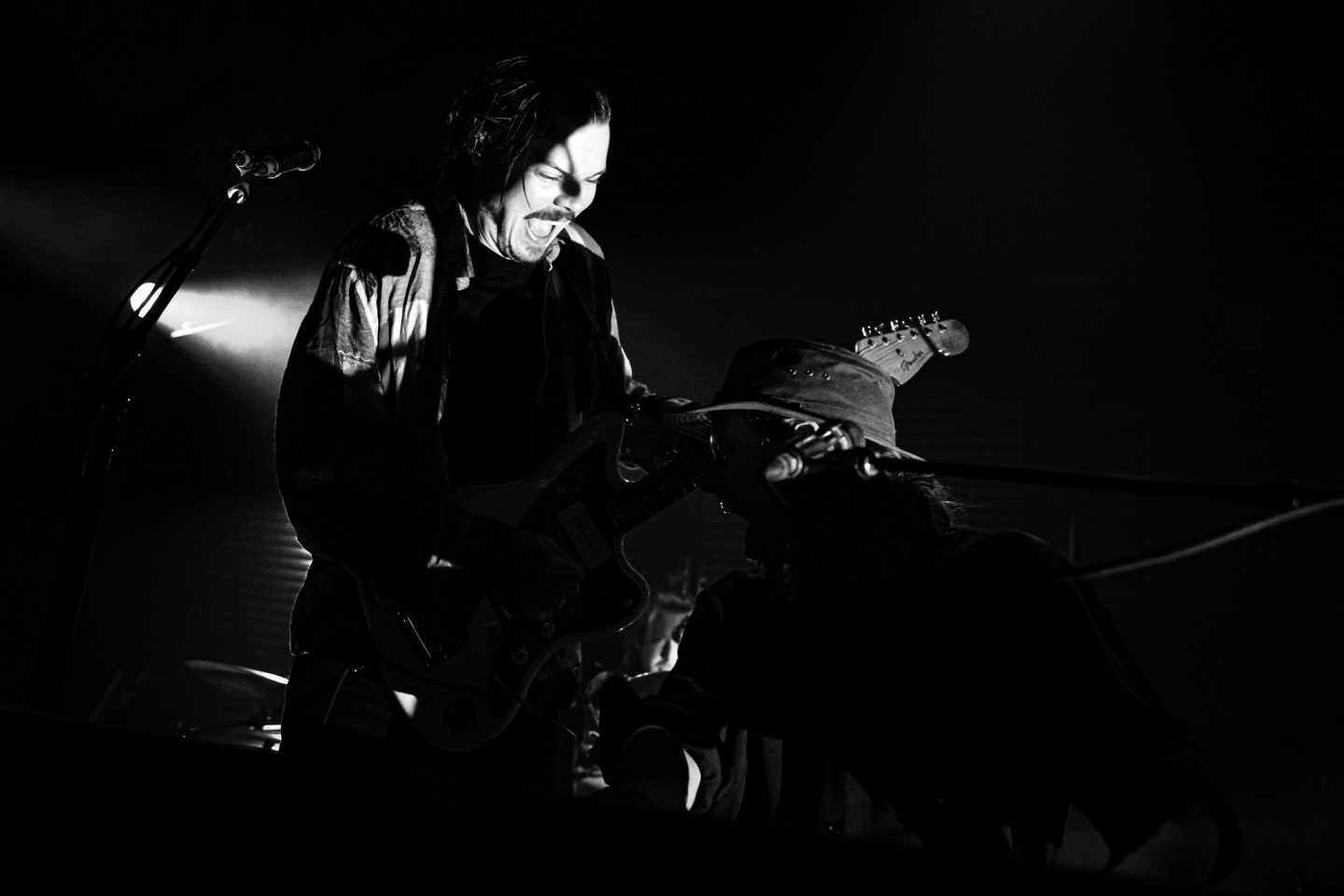 Through a forest fire’s worth of stage smoke, Canadian (Montréal) indie rockers shone brightly at Chicago’s Lincoln Hall. Out on the road in support of their latest effort, A Blemish in the Great Light, Half Moon Run brings huge energy and a ton of gear to the stage. The band has indeed played much larger stages, so it seemed that every centimeter of the stage was covered with some sort of equipment. Without a whole lot of space to move around, the performance had an air of intimacy or like sitting in on one of their jam room sessions. Each band member could easily be considered a multi-instrumentalist and they showed off their ability to juggle instruments accordingly, expertly going between strings, percussion and keys. They are all vocalists as well and they create beautiful multi-part harmonies on stage.

The band did a nice job of of mixing up content from their 3 albums (2015’s Sun Leads Me On and 2013’s Dark Eyes). In a bold move, they led off with the closing song 21 Gun Salute from their oldest album, Dark Eyes. It’s a moody, dramatic piece and seems like it would be more often placed mid-set to coincide with the audience being more warmed up and perhaps a bit buzzed up. The set had a nice progression of rise and fall, new and old. But, the boys clearly know how to bring down the house as they ended their main set with three gems from Dark Eyes: crowd faves Call Me In The Afternoon, Drug You and She Wants To Know. A three song encore ensued, culminating with Full Circle. Most would probably consider this their signature song and it’s easy to see why. It’s a beautiful track that makes you feel all fuzzy inside and it’s a bummer when it ends.