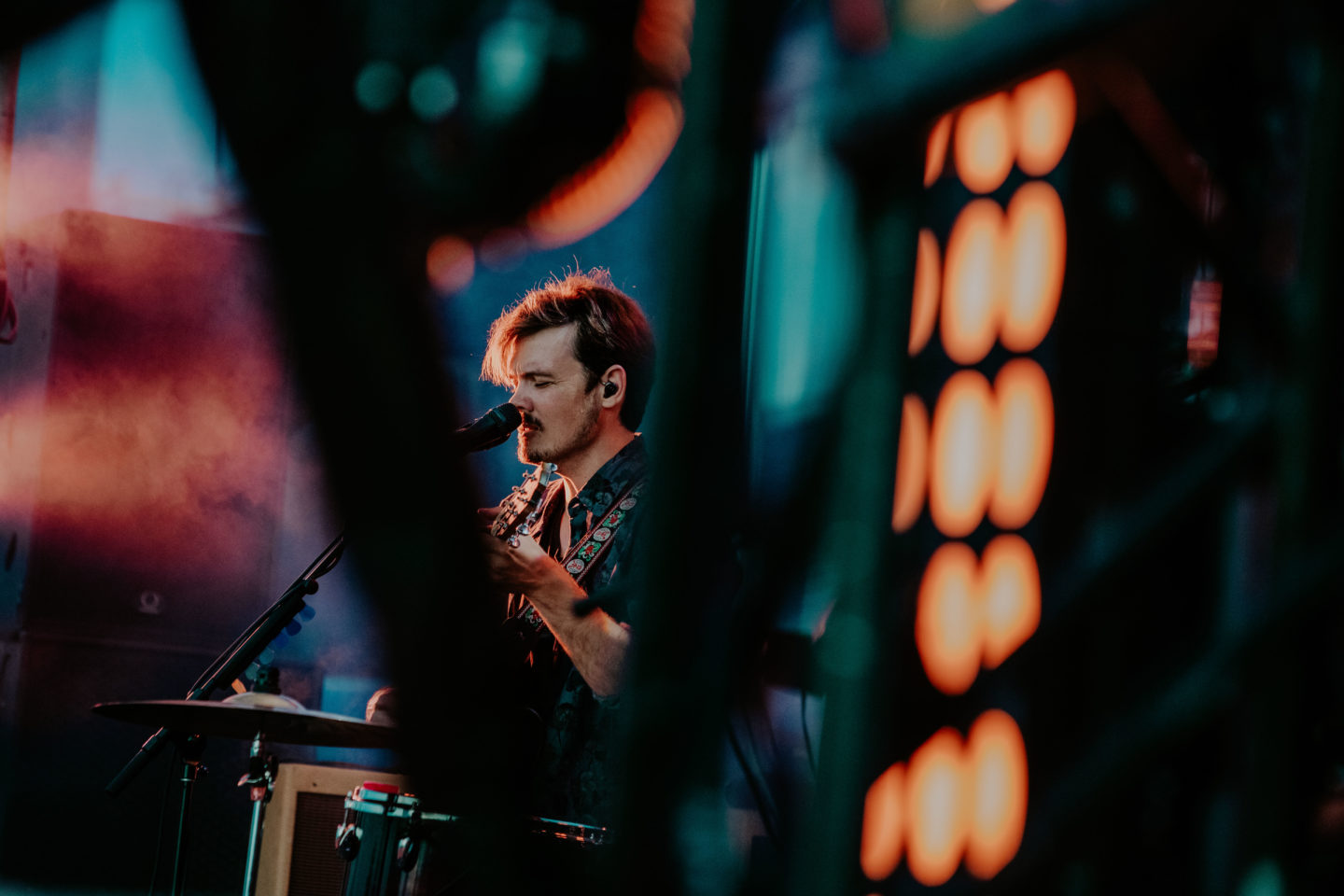 At the end of a sunny, beer-fuelled day Half Moon Run took the stage at Phillip’s Backyard Weekender: Tilt. The crowd was ready to have the Montreal-based Canadian alt-rock staple to begin their set. The talent of this crew is instantly apparent. Constantly switch instruments, venturing from acoustic indie-rock, to wailing guitar solos, these guys really do know how to craft a setlist that moves through all of the key points that you want to hit.

I could not help but be enamored with the intricate picking of the acoustic accompanied by complex percussion and backing guitar and bass. The radio hits, hit especially hard as it brought in the audience participation to its greatest peak. That being said, the only qualm I had with the show, was the majority of the audience, were held in conversation. Being someone who is still hesitant to be right in the pit, it was difficult to find a spot where I could simply enjoy the music that was in front of me. This by no means a shot at Half Moon Run, but was more a symptom of this being a social event for many rather than a music festival.

That all being said the joys of watching these guys play, especially the fun they had in psyching out the crowd in their finale with the opening riff of “Sweet Home Alabama” leading into their biggest radio hit “Full Circle.” This joy and celebration was contagious and will stick with me long after this festival.

Believe in science and Minor Moon