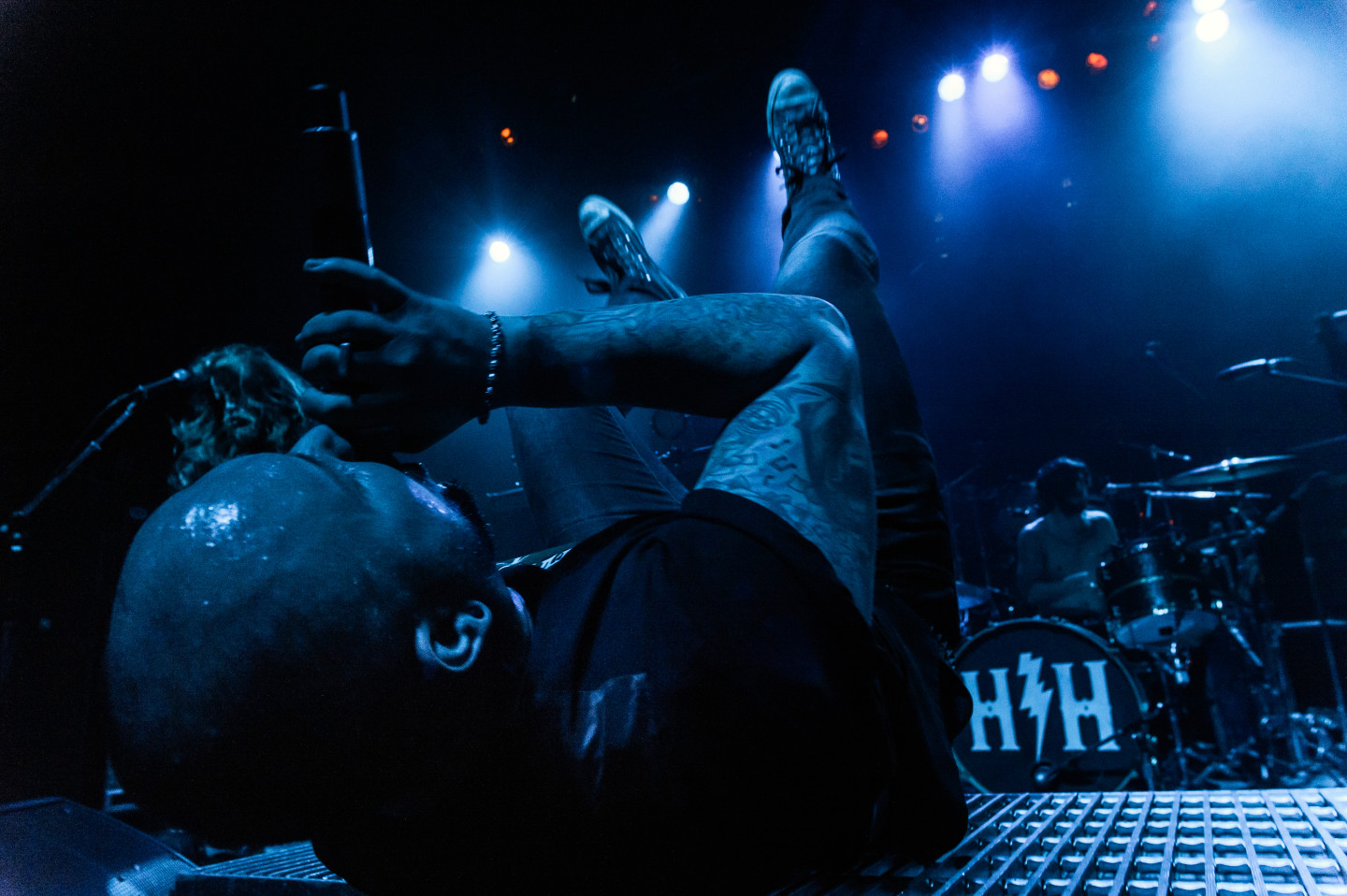 Hell or Highwater is a new project from Brandon Saller, drummer and vocalist of famed metal band Atreyu. I say that like it should mean something to you—and if you’re into metal, it very well might, seeing as they’ve been around forever—but I admit to being slightly out of the loop on this one. I’m not a metal-hater by any stretch—it’s just not what I typically turn to.

Now that I’ve successfully cut down all of my credentials, allow me to explain why this band wasn’t all that great.

These guys are ripe with (of all things!) optimism. Saller is a surprisingly compelling frontman. He’s statuesque, works the stage, and milks the crowd for every individual ounce of applause. Okay, maybe he talks a bit too much between songs. Don’t we all get a little blowhardy at times? How can I fault the guy when he’s up there acting so completely and painfully fucking… nice? Who cares if the music is kind of boring, I desperately want these guys to be my friends (so alone… I’m forever alone…).

Saller’s crew is rightly talented. Matt Pauling and Neal Tiemann noodle their guitars with precision. Joey Bradford does what a good bassist should do: keeps the beat and never drops it. And then there’s Captain Carl on drums. He demonstrated some sharp, percussive finesse as well.

But HoH is less than the sum of its parts. Their act, despite its up-tempo and surprisingly happy demeanor, didn’t do itself any favors by stringing together songs that provided little variation, explosiveness or creativity. Admittedly, this isn’t a fault of their Chicago performance; this persists from the moment they first sat down to write songs.

Maybe this is a personal preference (for which I have no apologies so deal with it), but if I’m coming out to see some thirty-something dudes throw down their filthy long hair (except for Saller’s chrome dome) and play some shred-rock until their fingers blister, I don’t really want to be told how nice everyone is and how we’re all invited to the bar after the show for shots. Stop complementing me, Brandon! Tell me I’m an asshole for not clapping louder. Shriek until my ears stop forgiving you. Throw your cojones around the stage like they belong in every crevice of The Vic. Oohh yeah. Like that.

Whoops – that got a little weird.

My point is – HoH shot themselves in the foot by not celebrating the sharp edges that accompany with this kind of music. They supplanted them with kindness and generosity. This would be fine if their music was really innovative, but it’s not – it’s fairly run-of-the-mill kind-of-metal. If you’re not going to stand out sonically, then get out there and break some shit on stage to keep my attention. Otherwise, I guess I’ll just see you at the bar later for some Malort.