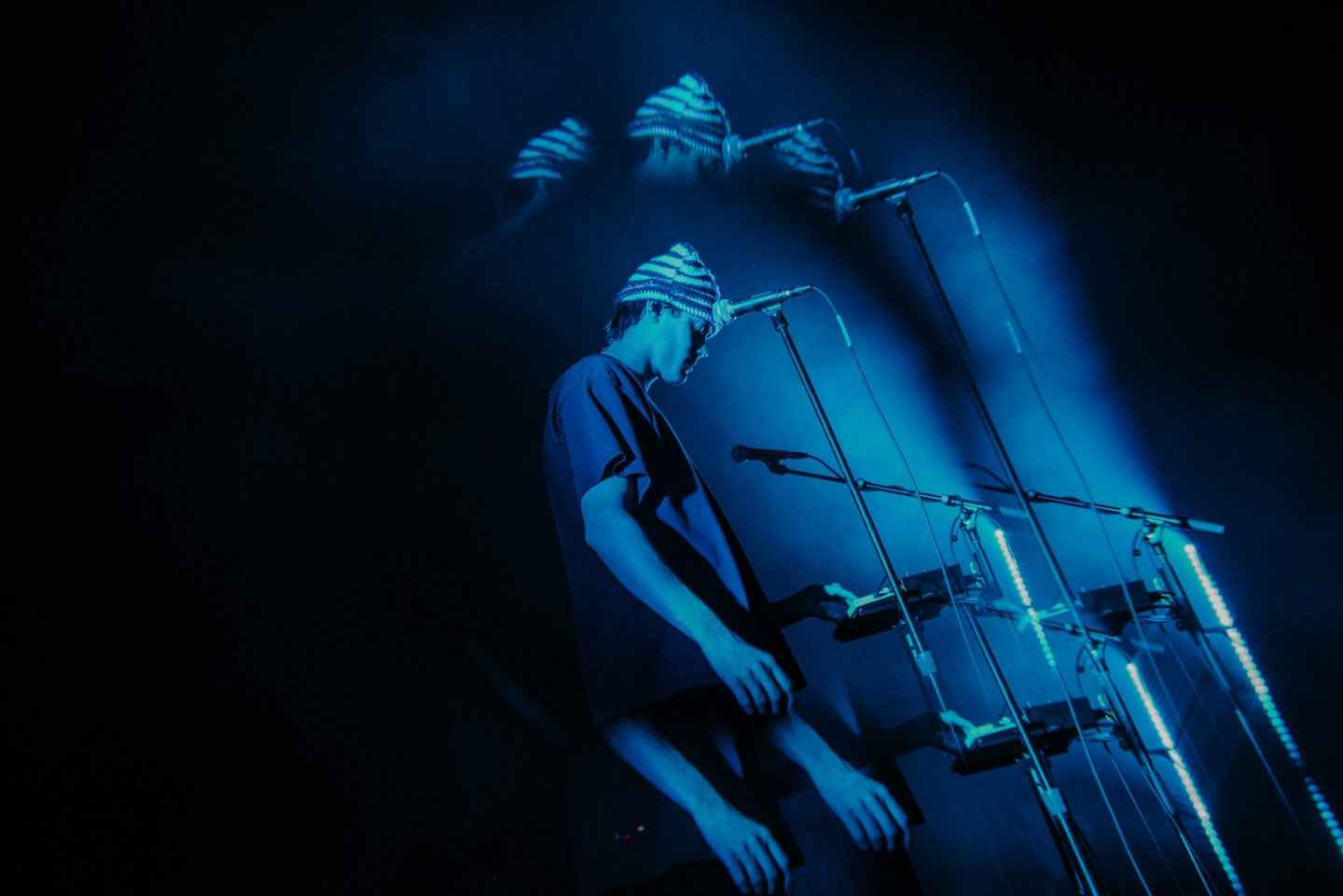 The build-up of anticipation amongst a crowd before a show is like no other. Whispers of excitement sneak their way through open ears, hopes crying out for setlists and song choices. With Hippo Campus, notes of elation were passed through the audience as admirers were filled with suspense and desire.

Slowly, the house music began to fade and the lights dimmed down. A stunning light show filled with cool tones washed over The Vogue, followed by a boy wearing a crocheted cat beanie and the building of music. Opening with the ever-popular “2 young 2 die,” the crowd screamed, and Hippo Campus brought with them a beautiful performance.

Electronic beats of poetic tones were accompanied sweetly by expertly played instruments and soothing vocals. The show was filled with exuberant characters and smiling faces, the band just as thirsty for live music as the crowd. However, despite the small venue size, I would have to say that this concert was one of the least interactive that I have attended. With few remarks from the band, the show felt more like a distant performance with little connection between band and audience. Regardless, the show was well put together, and fans enjoyed a multitude of
popular hits such as “Bad Dream Baby,” “Boys” and “Way it Goes.”

After playing many new songs from their newest album “LP3,” the band closed with “Understand” and exited the stage, an act that was shortly followed by roaring cheers and stomping feet, “encore”s being chanted from hungry fans. Hippo Campus made their way back onstage bringing with them vibrant energy that was pumped into their final two songs “Bambi” and “Buttercup.” In a final expression of musical appreciation, the crowd broke into a mess of jumping, dancing, clapping, and cheering. The air filled with jovial sweat that trickled with the band out the doors as the evening ended, closing the night off with a bustling crowd and warm hearts.

Said the Whale at Vogue Theatre