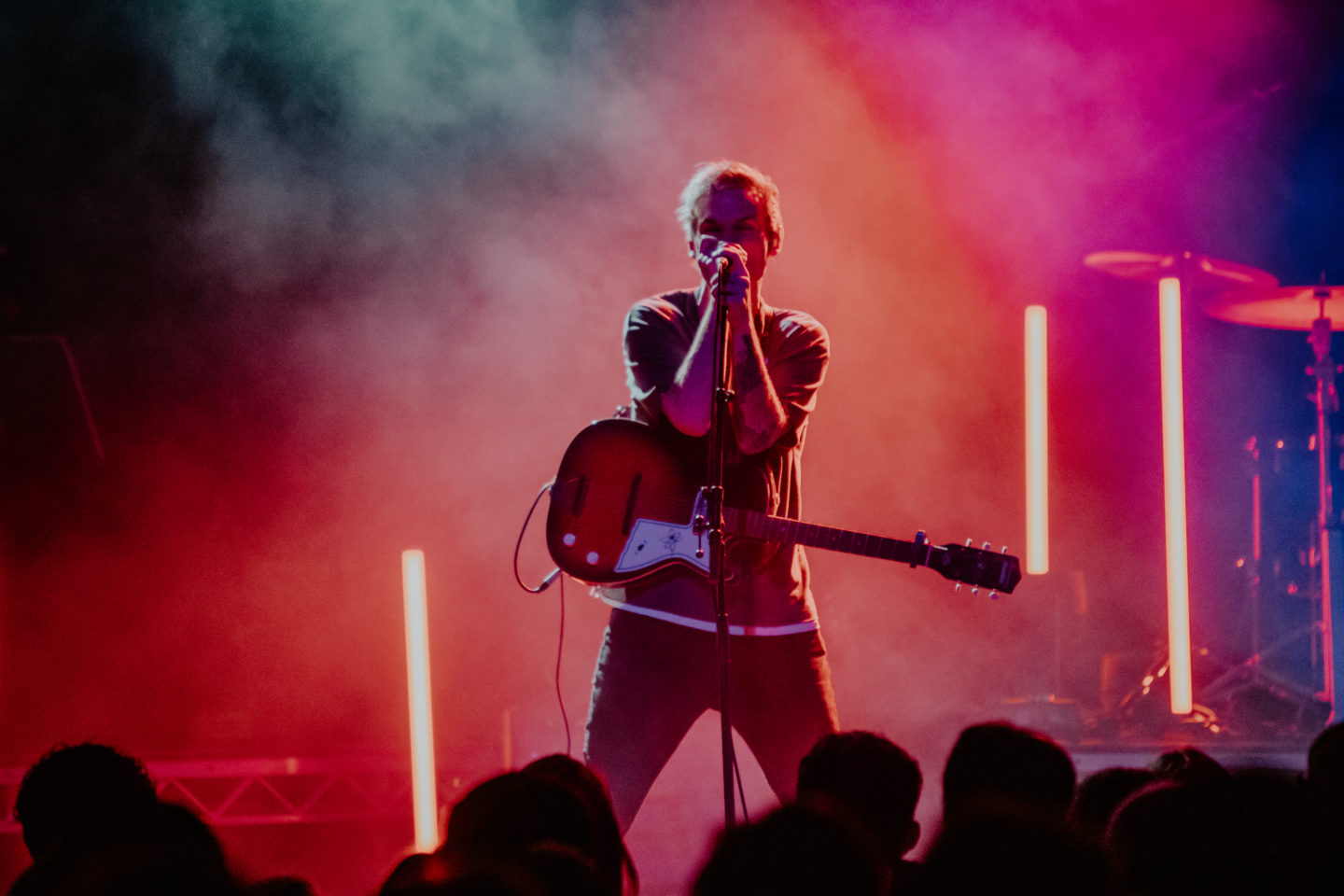 Said the Whale at Vogue Theatre

It’s been two and a half years since Vancouver has seen their hometown darlings, Said the Whale. Seemingly yesterday, they were touring their album Cascadia, but Saturday night was not only a celebration of their newest outing Dandelion but also of the community of fans they had fostered through the midst of the global pandemic.

As the loop from Dandelion’s opening track ‘The Ocean began’, the band took the stage and were greeted by a packed theatre of fans ready to dance, sing, cry, and cheer through a show that many had been dreaming of since Malkin Bowl, 2019. Throughout the night, they traversed their vast catalog; mainstays, like ‘Camilo’ and ‘Emerald Lake, A.B.’, got the crowd moving. With an even stronger rock feel than their more folk-based album versions, these renditions had strength and bravado like none other. There was a catharsis that occurred throughout the whole concert, a release of energy that moved beyond even the group’s already upbeat performances.

Tyler Bancroft and Ben Worcester alternated between lead vocals. Each singer brings their own sound and distinct touch to their songs. Their lyrics are always a mix of hope even in struggling times. This is especially seen in their newest songs such as ‘Honey Lungs’. They distinctly wanted to avoid writing a “covid” album, but the thread of hope in coming together is exactly what we need. This throughline has always been a part of Said the Whale’s DNA and permeated the Vogue. Being able to sing “you can find the joy in every agonizing moment of existence,” with so many, was a moment I won’t soon forget.

The group also had time to reflect on what they had been through since we last saw them in 2019. They gushed about how great it was to be playing a hometown show and how there is truly “nothing better.” Even through all the difficulty, the band appreciated the “unexpected intimacy” of Zoom shows and the culture of fans that the pandemic had afforded. Their beloved Said Heads were lauded above all else. This led to the stripped-down versions of many of their most heartfelt songs. It was during the acoustic ‘Holly Far From Home’ that the quiet of the crowd, and the nostalgia of some of the deep cuts, that I felt as if we were all under the trees of the northwest, being led in campfire songs by Ben. There was a warmth and a closeness to this section that you rarely see in large room concerts.

From here the show crescendoed, into its final movement.  In these closing songs, and with the energy brought once again to the forefront, you could see just how much of a unit the band is. There is no showboating, there are no indulgent solos. There is camaraderie. There are soaring harmonies. There is synchronicity that can only come from equals sharing passion not only with each other but with the fans who cherish them.

When the final chords of ‘UnAmerican’ rang out, and the band had left, it was clear that we would not be ending the night here. The inevitable encore came, but not simply through cheers, but an earth rattling march, the reverberations of which could be felt in your bones. In response, Jaycelyn Brown, unassumingly took to the stage, alongside a string ensemble, to deliver a haunting performance of ‘February 15’. A composition written by Jayce for her husband, ‘February 15’ has no lyrics, and yet still provided the most striking and powerful reaction of the evening. The quiet passion of the piece moved the once wild crowd to a calmness and stillness that was breathtaking. Few concerts can bring me to tears; the power of this moment was one that will stay with me forever.

In an impossible-to-follow-up moment, the rest of the band joined the stage to finish the night. It was clear that they wanted to end in a communal tone. The danceability of ‘The Light is You’ and the requisite sing-along of ‘I Love You’, was the perfect message to end the night. They sang it to us, and we sang it to them, and just in case it isn’t already clear, Said the Whale, Vancouver loves you.

The dance party we’ve been waiting for after two years.