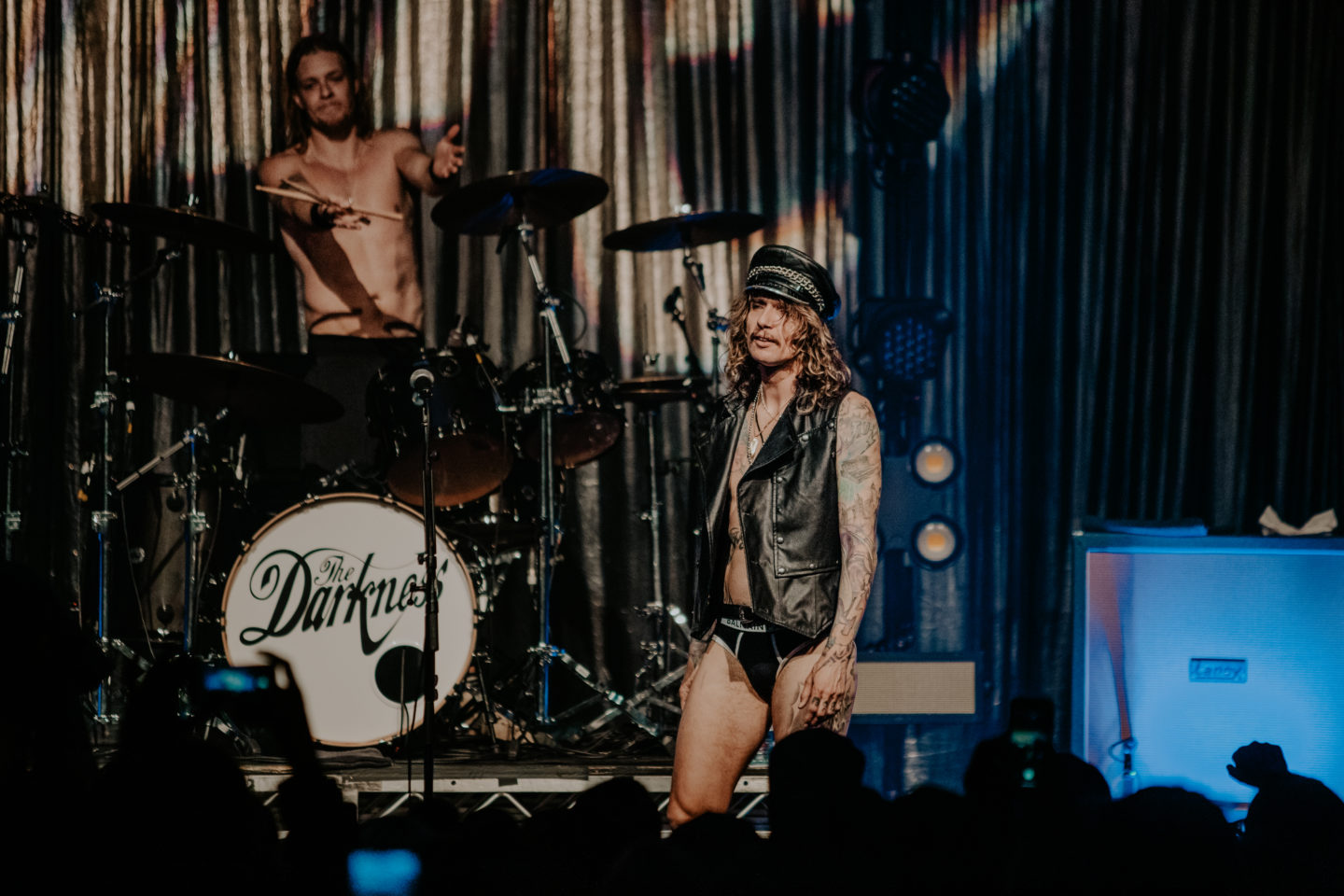 Britain’s The Darkness stopped by Vancouver’s Vogue Theater on their Motorheart tour and the show was nothing short of spectacular. As someone who generally doesn’t attend hard rock concerts, I was quite unsure of what to expect, but oh boy was I in for an exciting night.

The pre-show atmosphere at the Vogue was incredibly inviting, the fans were as diverse as they were welcoming. Next to headbangers were young couples, old friends, and even a few kids, all ready to rock the night away. As soon as the band took to the stage, the crowd came alive. The anticipation morphed into pure energy, my hesitation turned into excitement.

The enthusiasm of the crowd remained high throughout every song The Darkness played. Covering songs from almost every record of their two-decade-long career, including a few tracks from their latest album: 2021’s Motorheart, there was no shortage of rock and roll. While everyone was enjoying themselves, lead vocalist Justin Hawkins seemed to be the person having the most fun in the venue. From the first bars of ‘Welcome Tae Glasgae’ to the encore of ‘I Believe in a Thing Called Love’, and in every song in between, Justin’s energy and showmanship elevated the excitement and passion in the fans.

Throughout the performance, Justin interacted with the audience at every chance. From donning a fan’s denim jacket, to reluctantly taking a song request, dancing upside down and right side up; and even changing outfits several times – more and more skimpy and revealing than the last.

The Darkness brought to Vancouver a show full of life and energy that reminded all of us how grateful we are for rock music and how much we’ve missed bobbing our heads and raising devil horns in unison at a rock and roll show.

The dance party we’ve been waiting for after two years.