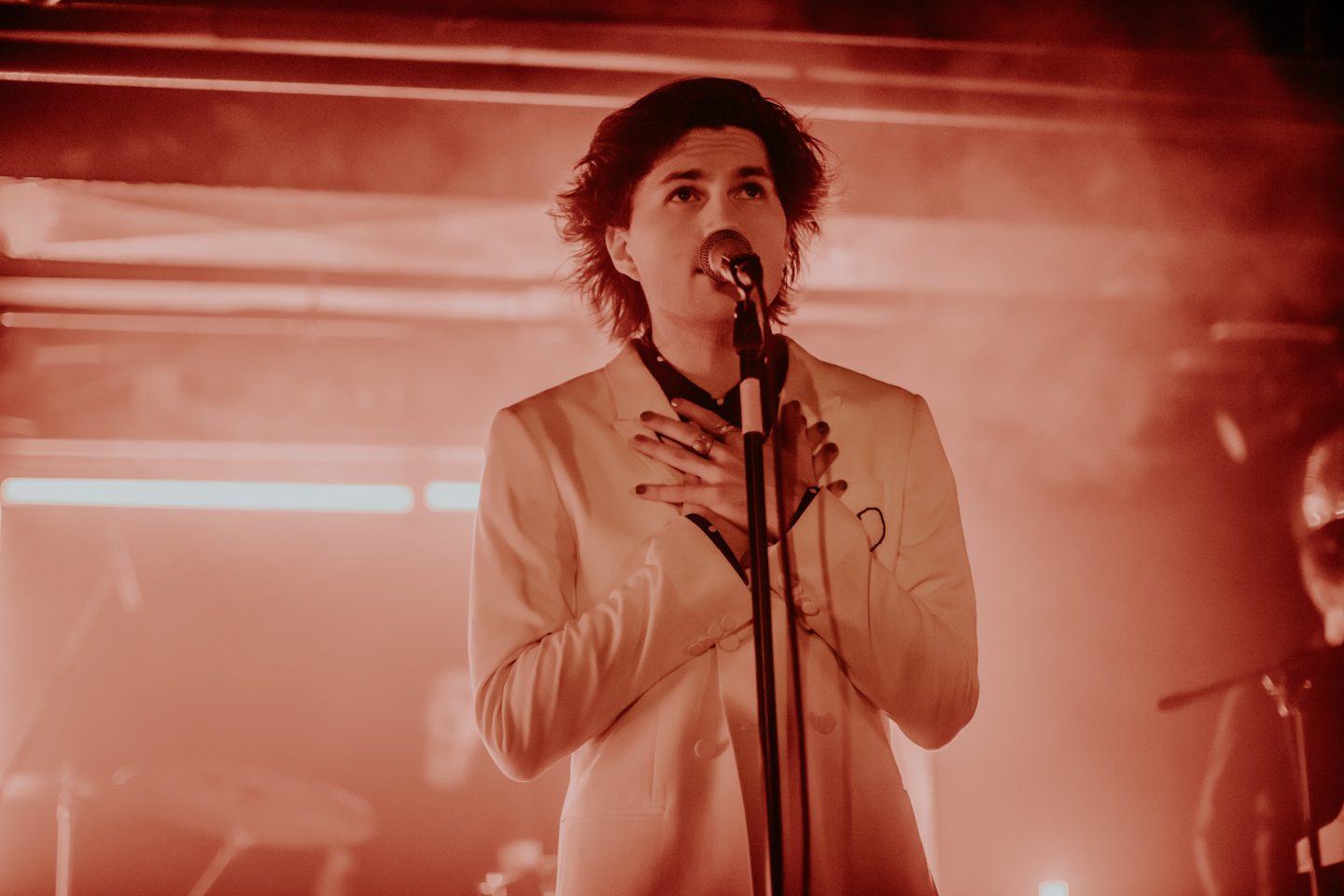 I consider myself pretty in tune with the local Vancouver music scene, so when a fellow concert addict told me to check out an upcoming show, I thought Hotel Mira was a brand new band. Clueless and intrigued, I started digging into their tunes and quickly realized I’ve been listening to them on and off since 2014 – under the name JPNSGRLS. After some band member changeups, they renamed to Hotel Mira, and just released a fiery new LP titled “Perfectionism“ (Feb 2020).

Without hesitation, this was definitely a show I wanted to check out, and honestly, I’m thrilled the first post for the Vancouver region is with a solid local band.

Oozing charisma and flair, lead singer Charlier Kerr jumped on stage before a sold-out house at the Biltmore Cabaret. From the moment he started singing the title track Perfectionism off the new album, the crowd was in the palm of his hand.

Willing to go wherever he would lead them, which was straight into a sweaty, rock dance party.

Throughout the night, the band didn’t take any time to pause and revel in the moment. Instead, they played louder, tighter, and better — feeding off the energy of the fans who were hanging on to every moment, singing with as much passion and fervor as Kerr. Standing back and watching the crowd as much as the band, the whole venue felt to be a symbiotic relationship, thriving off each other to create something magical.

The tight set powered through new songs off the new record as well as old favorites like Southern Comfort and Circulation from the days of JPNSGIRLS.

If Saturday’s high-energy performance was any indication, Hotel Mira is well on their way to having a great year. They’ve got a must-see live show, and honestly, with this new album and a solid back catalog of songs, they should be on every music fan’s radar.