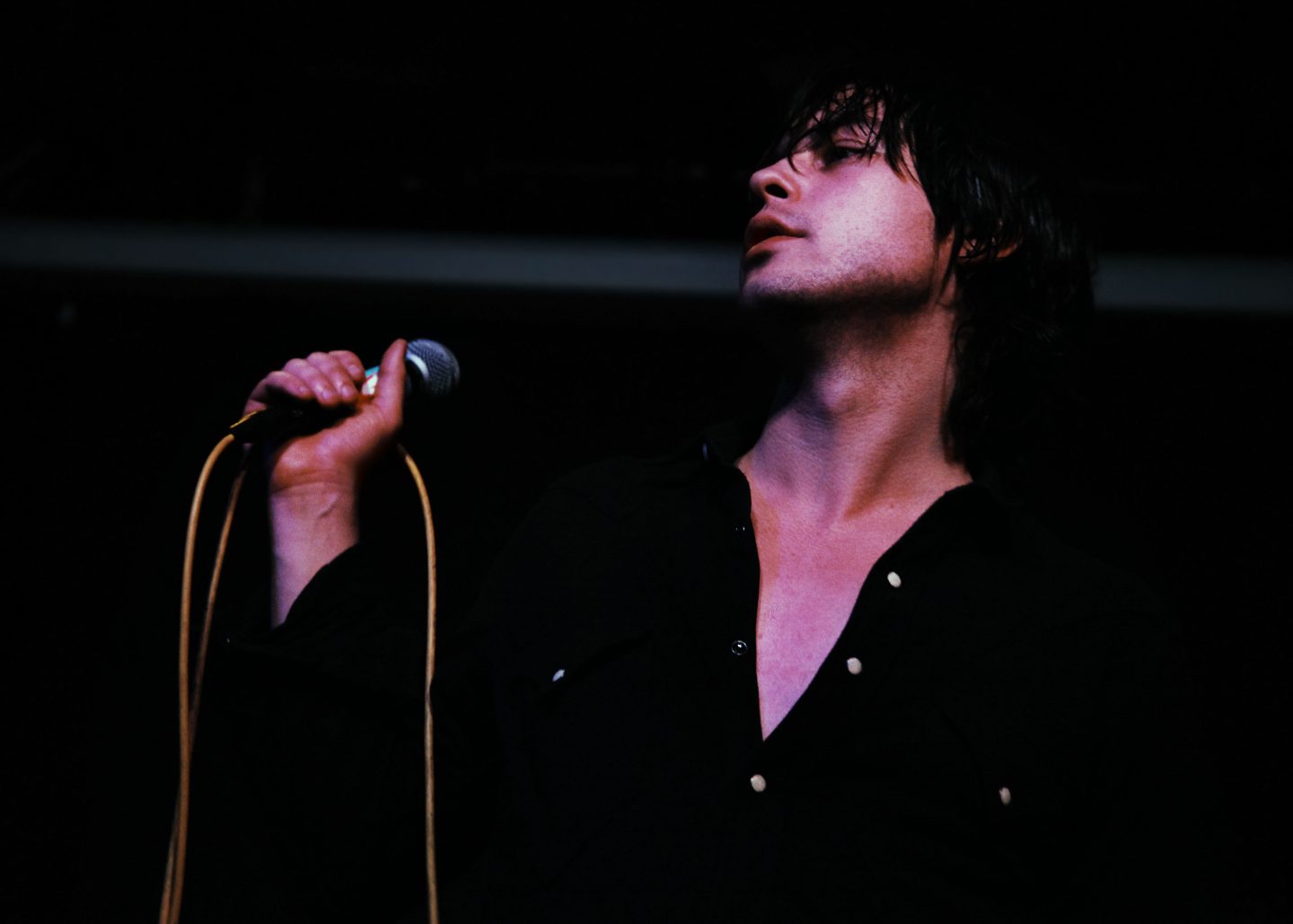 Iceage at The Vera Project

As Iceage took the stage at The Vera Project, following an opening set by Toronto-based Pelada, worlds began to shift. I felt carried into a deep underground club. Streams of teenagers entering the doors, pushing to get closer to the stage, dressed in black and filled with energy.

Formed in 2008 in Denmark as teenagers, the band Iceage truly justifies the whole notion that “punk’s not dead”. This band is so classically post punk, and even though it is smoother and experimental, the energy of its more chaotic and anarchic predecessor, punk rock, is not lost here. That fact is most apparent with the band’s constantly active frontman, Elias Rønnenfelt. His spirit was almost impossible to capture.

The band was so easily able to transport me (and judging by the atmosphere, everyone else) back to a time when post punk was just starting to become popular. I felt thoroughly immersed in the scene, and it felt grungy, fluid, smoky, distorted, and amazing all at once. The thing that I found the most amazing was the band’s ability to create an environment that is so quintessentially punk rock. And while I wasn’t fully affected by the mosh pit group mentality, it definitely was difficult to not get caught up in the chaos of the crowd.

It is clear to see that this band has a certain magnetism about them. It is not so far-fetched to see that they have been able to develop a following similar to that of the Sex Pistols or other bands of the like.

One of my favorite parts about a venue like The Vera Project is that there is almost no separation between the crowd and band. The intimacy of the venue is what perpetuates that deep underground sensation.