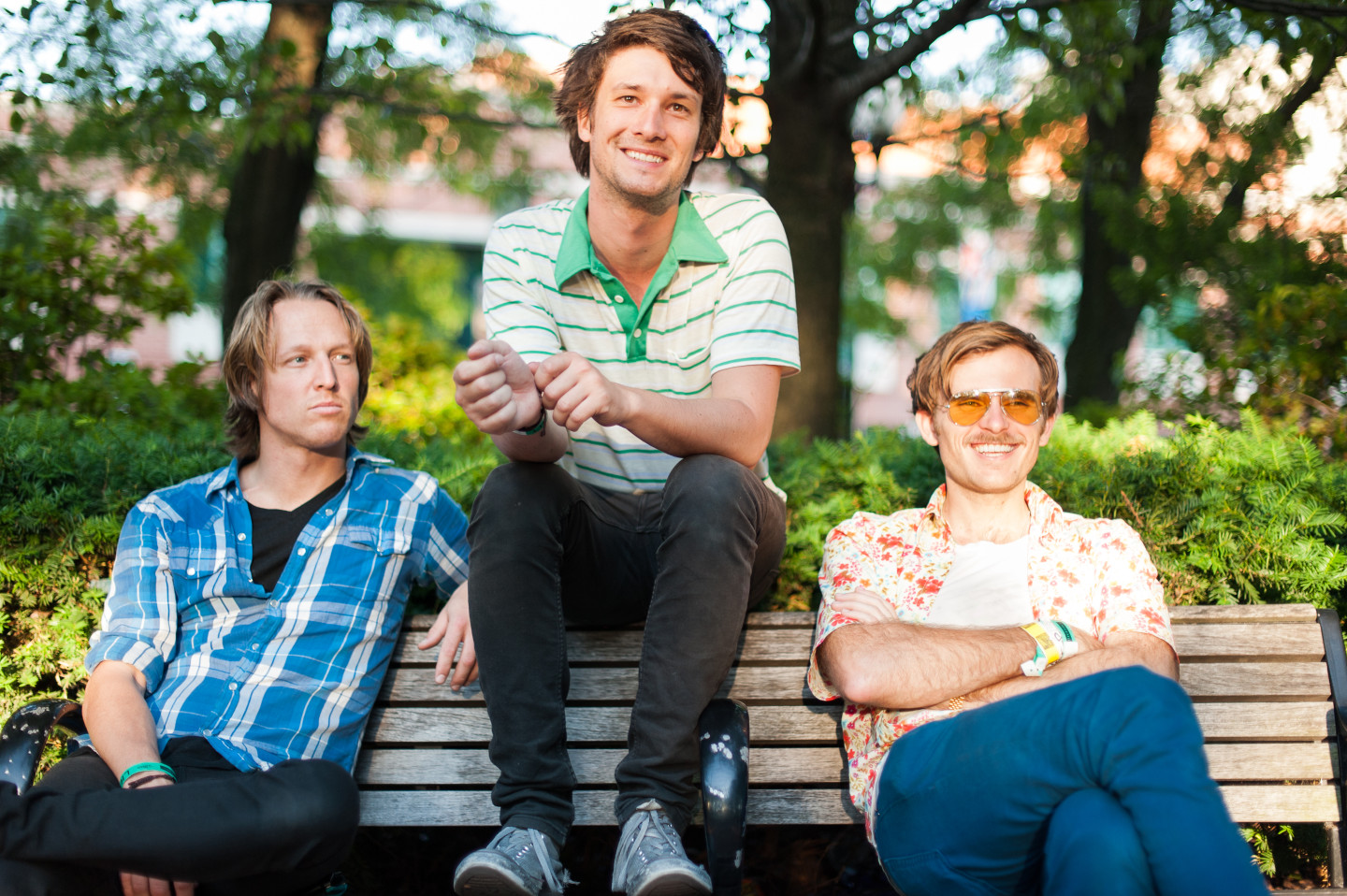 While witnessing Venus traveling across the sun might seem like a once in a lifetime opportunity, sitting down with the Australian trio of Art vs Science made it especially memorable for me. On Tuesday, June 5 Venus traveled past the sun creating a spectacle that won’t happen again in our lifetimes. In fact, the next time anyone will have the chance to experience this visual will be 2117. Be sure to tell your great great great grandchildren. To be completely honest, had it not been for Art vs Science I wouldn’t have known about this. And I also wouldn’t have learned what a dynamic trio makes up this fresh electro-pop dance group.

The band consists of high school classmates Jim Finn (on vocals and keyboards), Dan “Mac” McNamee (on vocals, guitars and keyboards) and Dan Williams (on drums and vocals). These gentlemen are certainly more than meets the eye. While their lyrical content runs the gamut from dancing with flippers to speaking in french, they each have passions and education far beyond the world of music. As it turns out, Dan W. is huge into the NBA. While chatting back at the Lincoln Hall bar over a beer the TV’s were broadcasting the NBA finals and Dan couldn’t have been happier. I was also impressed to learn that 2 members of the group have degrees in law while the other is a pilot.

After chatting about food and the city of Chicago some more it was time for the band to prepare for the show. Check out more details of their live performance here. And do yourself a favor by watching the video below which features Art vs Science covering Daft Punk’s Harder, Better, Faster, Stronger.

Art vs Science at Lincoln Hall