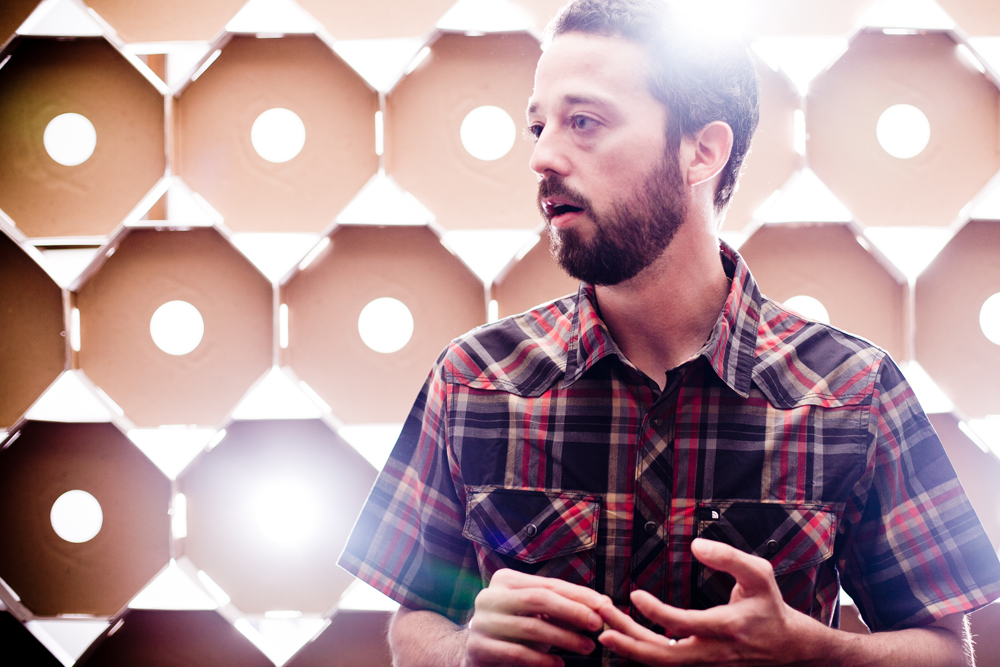 The first, and most important, thing you need to know about Big Once (aka Ian) is that there’s only one thing he really cares about when it comes to being a DJ—music. He fucking hates social networking. Twitter, Facebook, Tumblr, Blogspot—all of it. He wants to be judged based on the product of his 12-14 hours a day in the studio and not the number of followers, “friends,” or likes that he has. When everyone else out there is working on their brand or their image he’s doing what he loves most—working. The critical acclaim is great, but it’s not what matters to him. He does it for himself and not for the recognition. His perspective, and clarity, is refreshing. Eventually, it led him to where he is today… having two big ass gold records that need frames and a place on the wall.

More workaholic hours spent in the studio than your dad spent in the garage when you were a kid. Red Bull Thre3style U.S. Champion 2011, judge and performer 2012. Associate of Z-Trip, DJ White Shadow, everyone else we interviewed for Spring Awakening and affiliate of Nike, Southern Comfort and, obviously, Red Bull. Purchaser of vinyl by the twos in the early to mid 2000s.What’s the end result of all those ridiculous hours of work? What caused Big Once to become one of the world’s best turntablists and renowned DJs?

You’d think skills and accolades like that would have gone to his head, but they haven’t. At this point, it almost feels redundant to say that he’s “one of the nicest dudes I’ve ever met” because I’ve said, or implied, it about every one of the Chicago DJs we’ve interviewed for Spring Awakening, but it’s true. Every single one of them is nice as hell and Big Once is no different. Apparently, DJs being assholes is one of the biggest misconceptions in the music industry. “They’re the best people in the world.” The only people that end up crossing the line into asshole territory are the ones that don’t do it for the right reasons. There’s no dedication to the craft or to the music. They thought spinning records would lead to fame and fortune instead of a damn good mix.

If you play your cards right, though, like Once did, everything else follows naturally. His stage at SXSW saw him playing the clap your hands game with 9,000 people. He gets flown all over the damn country (he’s been out of town because of gigs at least once a week for the better part of four months) to play out for clubs and competitions. He holds court with some of the best and brightest in the industry. And you know what he still likes more than anything else? Festivals. Even though he loves it, it’s rare for him to have a stage like the one he had at SXSW in his own city. That’s precisely why you need to make it a priority to get your ass to Da Colonnades at 3pm on Saturday during Spring Awakening.

But wait, there’s more Big Once! It’s already been established that Ian is dedicated, almost to the point of compulsion, but that’s not the whole picture. Enter Bean, Tracy’s dog. Before he started getting the third degree from yours truly, Ian took a picture of the “cutest dog ever.” If you’ve ever met Bean, you’ll understand the sentiment. He didn’t just take the picture for himself (it’s happened before), he took it to send to show his daughter. Somehow, Ian manages to find time to slave away at the tables all day and still be a father and husband to the women in his life. If Big Once were boiled down and bottled as a drink, he’d be water because it’s, “clean, no bullshit and good for you.” He might be all about the music, but Big Once has love for a lot of things. Love for family. Love for the old LaSalle Power Company where he got to play angry drum n’ bass with Trentino. Love for the Blue Line and a pre-gentrified Wicker Park that didn’t have places where it looks like “Godzilla jizzed on the walls.” Love for festivals. Love for the process. Love for his work. Love for … fuck it. Just go see him play out at Spring Awakening. You’ll understand.

If that gigantic, more than an hour long, mix up top wasn’t enough of a taste (you can also download the mp3 with the sweet little download button), here’s some of his other sets from Soundcloud. You know, because “it’s good for mixes… sometimes.”