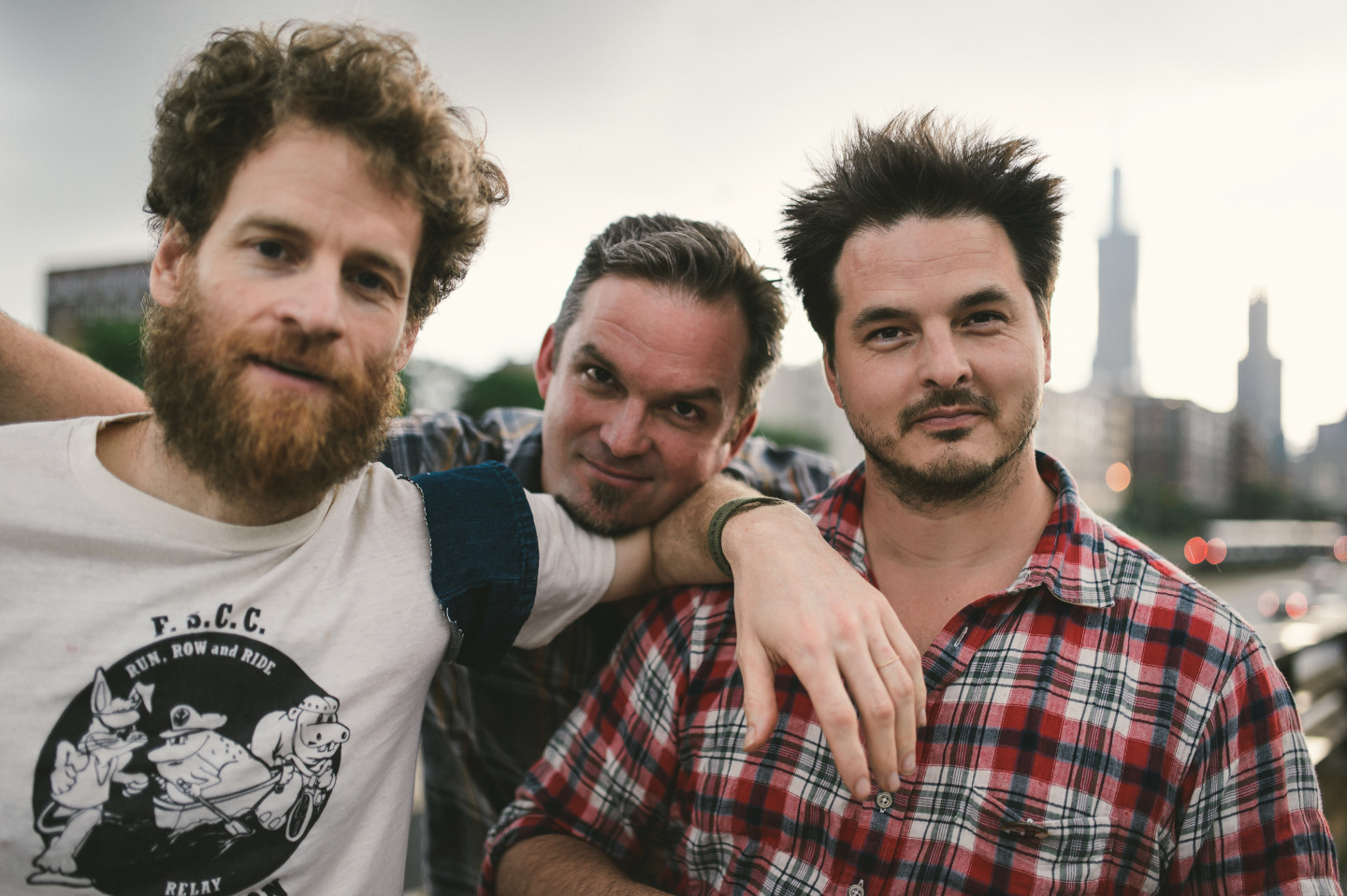 On a day where the Chicago weather was up to its old tricks floundering between rain and shine, Dispatch rolled into town and gave me a glimpse into their versatile world. The three piece group (Chad, Brad and Pete), whose hands are working in multiple pots, balanced the lighter side of life and impactful insight with ease. From music, to futuristic bikes and what lies in between, this ride had a little bit of everything.

For those of you who are unaware of Dispatch’s history, in 2002 they decided to take a hiatus. During their time apart they each pursued new musical endeavors. I had asked them if or how time apart had influenced their writing when they were reunited. Chad went right to the point, “I don’t think it changed much.” He went on to compare their reunion to riding a bike, which promptly lead to a shift in tone. The group seemed to have so much going on in their heads at once. And at any moment, like the flick of a light switch, the mood went from light-hearted to rather enlightening. The wheels are always in motion. The bike they ‘were riding’ so to speak, was described in full detail. A bike unlike any this world has ever heard of. This fabled cycling machine is fully equipped with “15 or 16 telescopes” and the unparalleled ability to travel with wheels, skis or underwater. In a way, this bike is Dispatch. Their description reflected the group’s mantra.

To bring some of you up to speed with their abilities, these guys are multitalented to say the least. If it’s not Chad jumping on bass while Pete wails on a blues riff, its Brad jumping off his kit to grab a guitar as well. And their list of accomplishments does not stop with their music. They’ve had their hands in a few philanthropies over the years. They are currently involved with Amplifying Education. From its website, “Amplifying Education campaign is all about exploring how small actions can make a big difference in the lives of children throughout the world”. The guys made it clear to me they are around to not only provide a musical outlet, but are working towards a greater good. “The three of us are united in helping children in any way we can,” Pete said. They’ve done service projects in various cities, including Chicago, with their focus on the well-being of kids. Some of these experiences outside of their musical world have even gone onto help in their writing process. Which in a way takes them full circle; from music writing, to helping others, to then being influenced by what they’ve have learned on their journey.

I was curious to know if being influential to people via their music or being a tangible impact on people’s lives via their philanthropic ventures held different places in their hearts. Brad responded, “I think the experience of being in people’s headphones and also being in people’s, like, lives beyond the moment, it’s so amazing if you can accomplish both at the same time. I would never value one over the other.” He genuinely seemed touched by knowing the positive impact he has had on others. It was refreshing to hear. In fact when each of them talked about helping others and giving back, it seemed clear it meant a lot to them.

For a group that has helped others in so many ways, I found it a bit odd they have been called “the biggest band nobody’s ever heard of”. But they seem to embrace it. Explaining how it held a cool underdog feel to it. How it proved they did not have lazy fans. They seemed positive about everything they talked about. It was really a great vibe to be around people with such passion in what they were doing. All they stand for and take part in separates them quite a bit from their colleagues.

What’s next on the docket for Dispatch? Your guess is as good as mine. On June 4th they released Ain’t No Trip to Cleveland Vol. 1. An album consisting of live material compiled since their reformation in 2011. Could this be the first of many live releases? It could be. We’ll all have to wait and see. I will wait in anticipation with the rest of you. Wait to see when their next studio album will be. Wait to see what else they plan on doing to give back to the community. And I will definitely be waiting to see when they roll through Chicago again. I can confidently say the next move won’t be ordinary. The guys I met were anything but ordinary. There is absolutely more to them then what meets the eye.

Own a printed photo from this interview, Click Here!