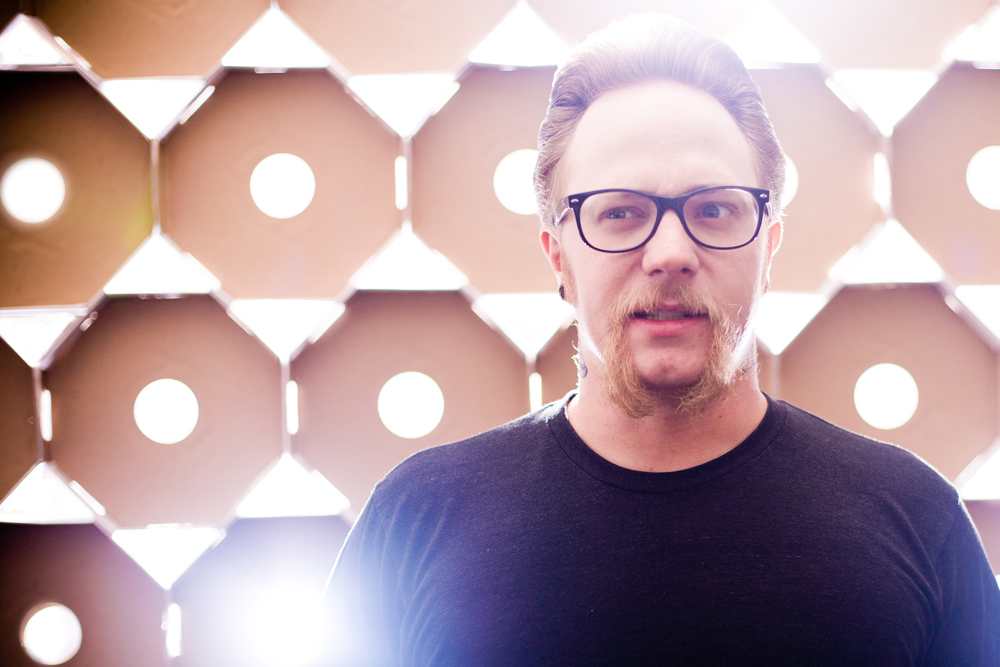 Quizzical. Hilarious. Perplexed. Enigmatic. Passionate. Mischievous. Polite. Loyal. Talented. Inked. These are all adjectives that could be used to describe the DJ known only as Zebo. Seriously, I have no idea what his real name is. Most people with an alter ego walk into an interview with a hello, a handshake and the name printed on their driver’s license, but not Zebo. Zebo is just Zebo. Maybe ze bo, but his cool e-mail signature (it’s on two separate lines) doesn’t really play in the real world. Zebo doesn’t have a persona. There’s no imaginary line that separates Mr. Gust from Zebo; he is Zebo to the core.

[And yes, I lied. Sue me. For the record, I only know that because of extensive research and not because he told me. That said, if I had asked he probably would have told me… but that wouldn’t have been any fun. Before you go getting your panties all in a bunch thinking that there’s any sort of pretense because he introduced himself as Zebo, that’s not the case. Zebo is one of the realest people I know.]

Zebo knows what he’s doing. He wouldn’t be The Chicago Reader “Best Local DJ” two years running if he didn’t. Or, be an adjunct faculty member teaching The Club DJ I and II at Columbia.

Yeah, he’s stupid talented. That probably explains why he’s playing Lollapalooza this year. Oh yeah, and North Coast Music Fest. He’s also running Da Main Stage at Spring Awakening from 4-5 on Saturday, June 16th. Zebo is so good at what he does that music festivals throw him on their flyers without even consulting him first (true story). As someone that’s been in the game for close to 15 years, he’s not mad at the recognition because everything is coming to fruition.

How does a “professor” who’s so busy that his weekends are pretty much shot for the rest of the summer have the energy to go all night? Red Bull, obviously. Three cans a day and preferably as part of his standard Detroit Breakfast of Ciroc and Red Bull. What else gets him through the day? Ketchup. Ketchup on everything including the home cooked meals his wife makes him. And yes, he puts it on his hot dogs too—even if his Grandfather thinks it’s un-American. And with that, we’re back to loyalty.

The question he loathes more than any other is when stupid interviewers (please don’t be me) ask him who his least favorite Chicago DJ is. He has no answer for that question. There’s no hate. It’s become apparent after sitting down with a few of these “Chi or Die” DJs that this isn’t just a group of artists that run in the same circles and, at the most granular level, do similar things with music. It’s a community. I don’t know if it’s entirely fitting, or even if he would agree with it, but Zebo is the poster child of this community in my mind. He came up on vinyl, isn’t afraid to try new things, is fiercely defensive of his craft (don’t get him started on bands as DJs) and doesn’t seem to have a disingenuous bone in his body. Scratch poster boy, let’s call him a role model.

In parting, I’m going to leave you with the one question DJ Zebo wishes someone would ask him:

What’s the sound of one hand clapping? The art of no answer.

He’s clearly reached a higher level of enlightenment than I have.