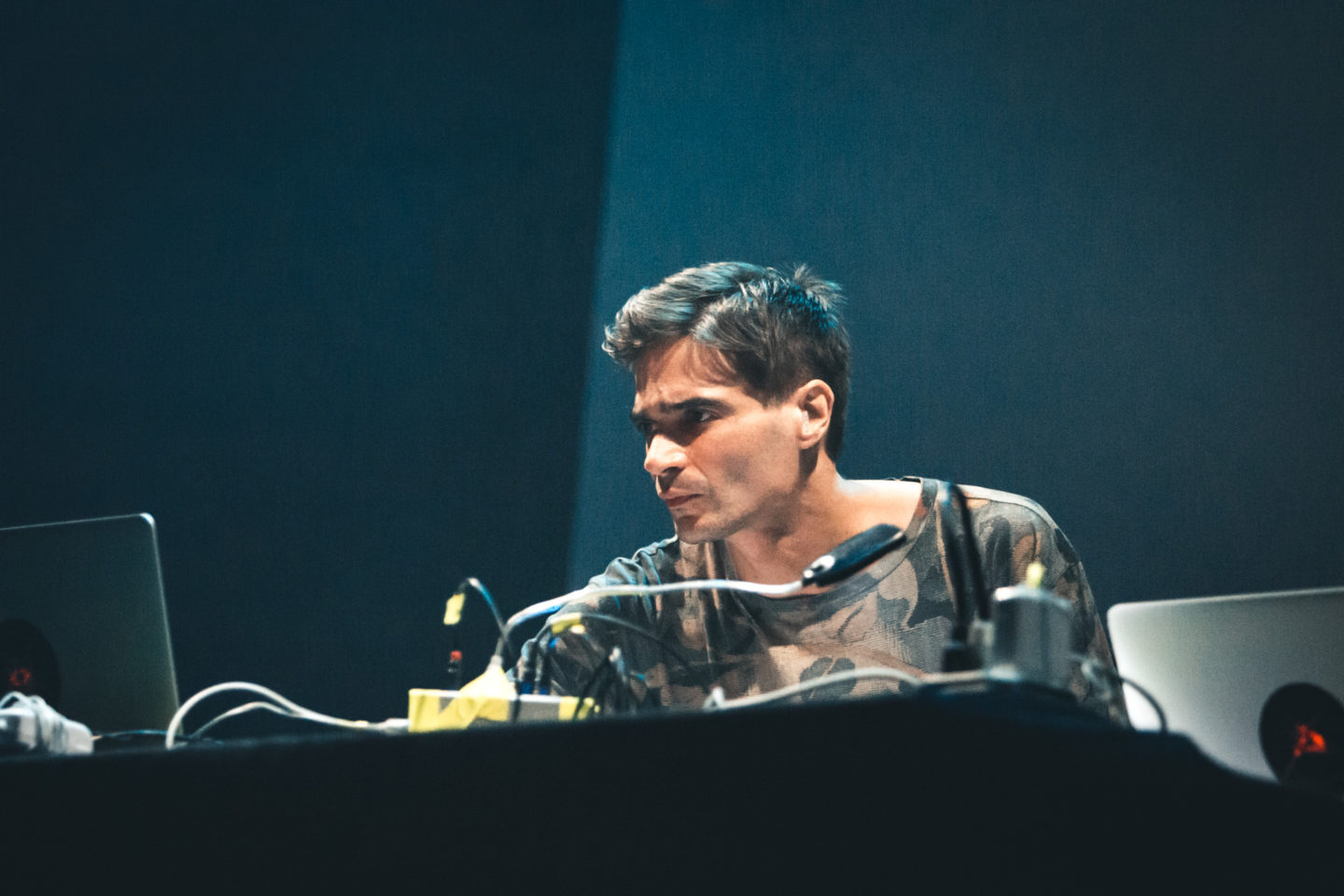 Although the lighting never seemed to fully illuminate Jon Hopkins during nearly the entirety of the set, the crowd was well lit…yes, on all those levels. The floor was packed to the walls and had a motion that seemed similar to that of a gently rippling pond. Most had eyes either closed in pure enjoyment of the sounds or wide open, fixed on the curious animations backing up the set. A few groups could be seen here and there, mostly in the balcony, getting down pretty hard core. I love observing these moments at shows, where people get lost to the beat. They don’t care who’s around or who’s watching. They are bliss.

The sold out show was a beautiful mix of dramatic uplift followed by the euphoric come down. Most of the songs seemed to be interpretations from his latest, 2018’s Singularity, his fifth solo album. A highlight for the crowd seemed to be the epic “Luminous Beings” as well as “Emerald Rush.”

Shrouded in darkness, only slightly bathed in the twinkling uplight of a buffet full of drum boxes, midi controllers, synths and a stickered over laptop…

Getting in nice and close during the first 15 minutes, I was able to get some good angles featuring Jon and the accompanying video animations. Just to appreciate the massiveness of the bass during a show like this, I had to pass by a bass sub on the floor in the photo pit. As I squeezed past it to go from stage left to stage right, I literally lost my breath. The bass speaker rattled my chest and practically forced me off it like a Tyson punch.

After the show, a random concertgoer, also named Tom, stopped to watch me take a photo of a promo banner for the show in the stairwell. We ended standing out front of the venue to discuss the show amongst other things music. This Tom guy, recommended checking out this NPR jam session with Jon Hopkins, where he unpacks the Singularity record track by track:

Also, we’d like to give some props and love to opener, London’s Daniel Avery, who properly brought the crowd to life with sufficient musical force and fire.