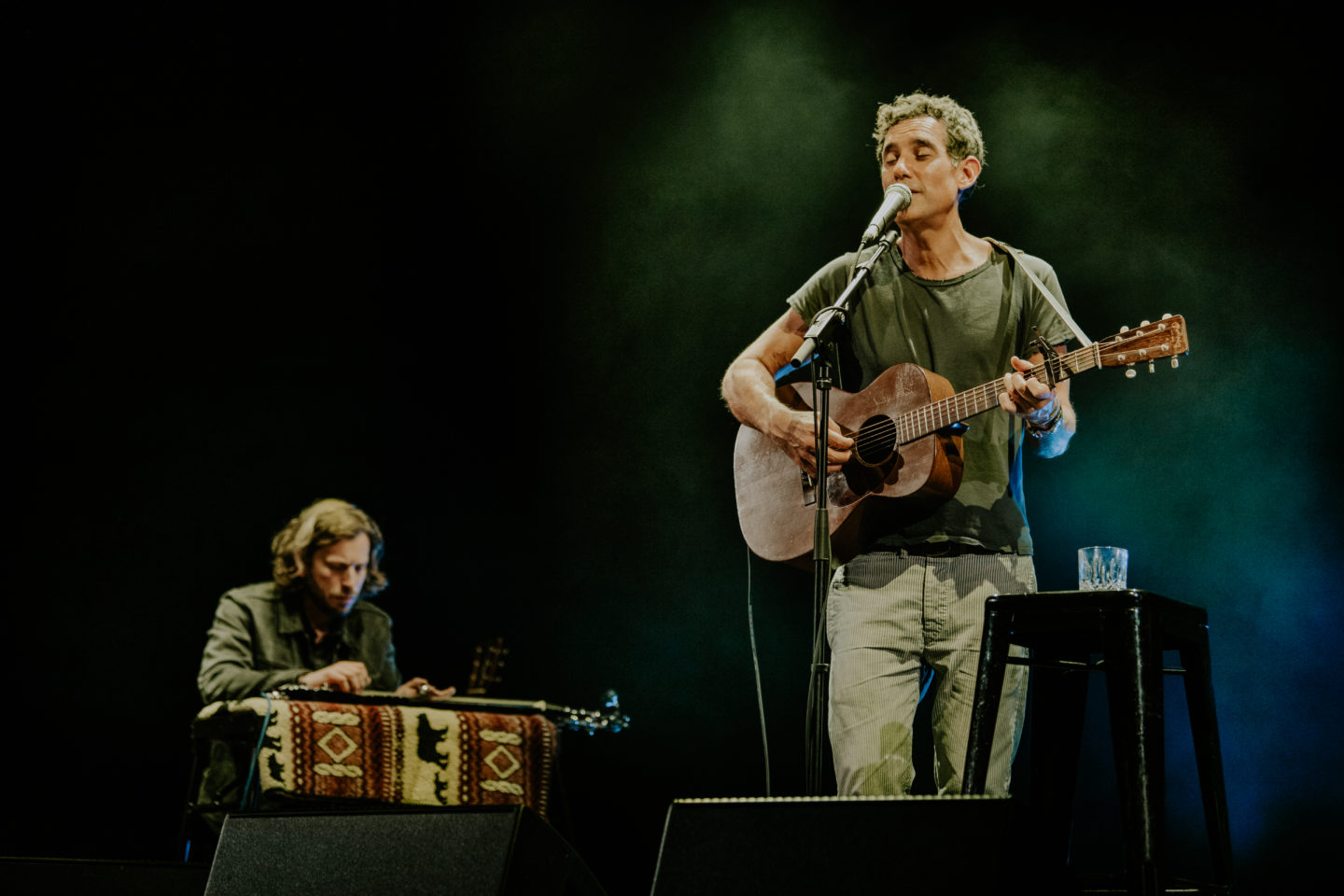 Just as the snow started to fall outside the Hollywood Theatre, Joshua Radin graced the stage before an eager and welcoming crowd. Starting off with a few solo songs, Joshua thoughtfully added to his sound by introducing friend and vocalist Allie Moss and finally guitarist Danny Black a song later. Along with each introduction, Joshua shared fun and heartfelt stories of their friendships, setting the tone for what was to be a great night.

Sipping whiskey from a crystal tumbler, Joshua played the role of attentive host. Weaving together songs and personal stories of life and misadventure, he created an intimate atmosphere that at times felt more like a private party than a concert. As a guest, you couldn’t help but feel welcomed by his abounding charisma and humor.

Leading into ‘Here Right Now’, the storyteller shared about the anxieties of the future, and how being present in the moment can be difficult. As he sat alone on a beach one day, he locked eyes with a dog, who very clearly did not share this same human struggle of being present. The dog was out, looking for food, enjoying the sun – so present and in the moment. Inspired by the dog, Joshua wrote this song and started playing it every day, using it as a mechanism to reinforce being more present.  After releasing the song, he donated the proceeds to the world’s largest no-kill animal shelter, The North Shore Animal League.

Purposefully inviting the crowd to participate as the 4th member of the band, Joshua had everyone clapping and stomping in time, further rounding out his music with a percussive tone.

Closing down the evening, Joshua, Allie and Danny came down from the stage for one final song. Wandering through the venue, Joshua left a lasting impression on those in attendance – warming hearts and lifting spirits before returning to the cold outdoors.