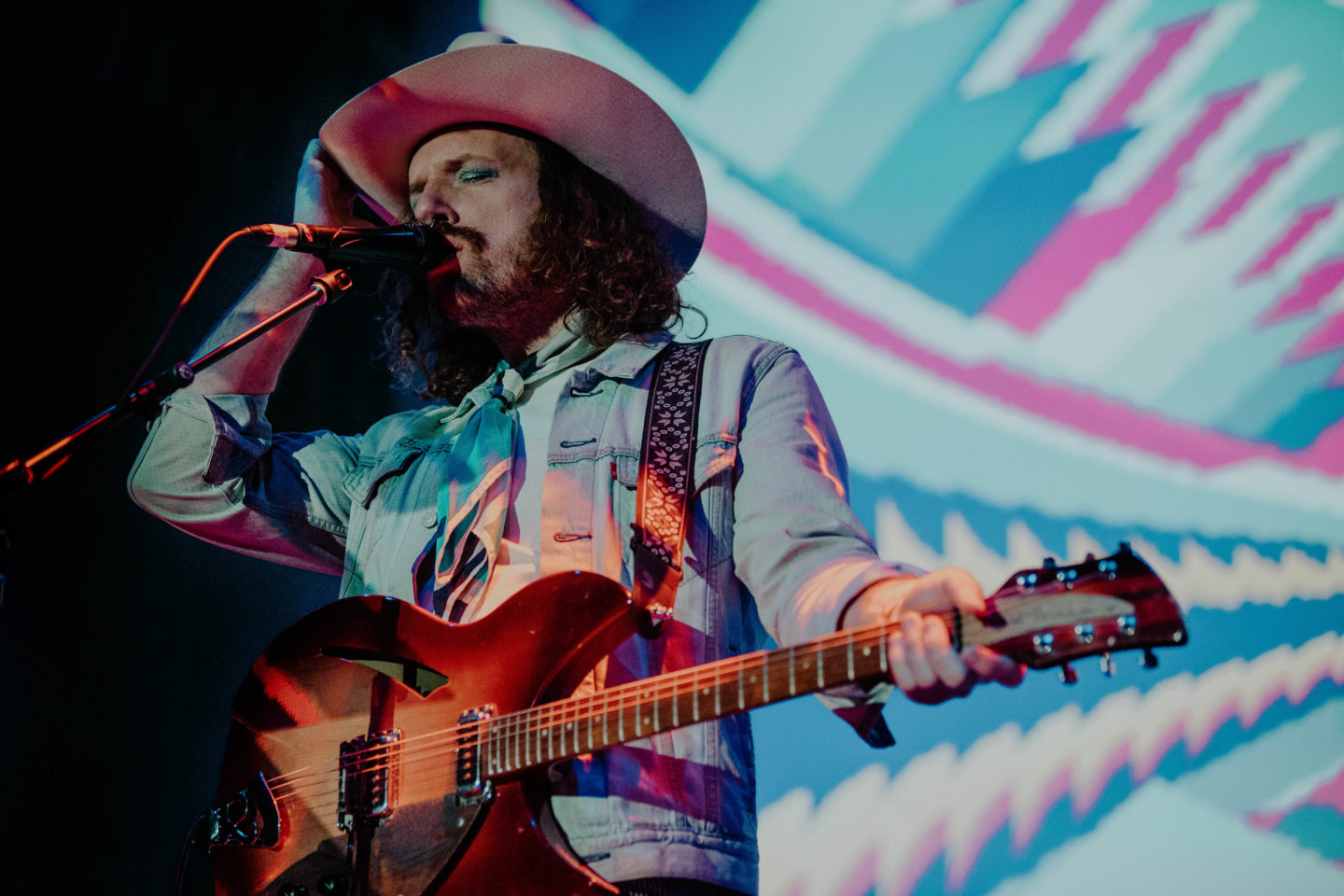 It’s been two years since Yukon Blonde has had the chance to play live shows because: well, the world! So it’s fitting that their first song “Fuck It,” expresses the question, “How are we supposed to start?” Their response, in contrast to the song’s apathetic chorus, is to begin with a dreamy, harmony driven vibe. It isn’t an all guns blazing choice, but, that also doesn’t seem their style.

The night was full of this genre bending, moodiness. There were parts of funk, rock, and even, dare I say, disco. “Get Precious” was the logical next step, that included one of their many psychedelic break downs and jams. The mood of it all was bolstered by their constantly shifting background visuals. It was like my old Winamp playlists had come to life on stage, with the various shifting visualisations.

Throughout the whole night (and upon re-listening to these songs), you just cannot keep from the head bob: the Yukon Bob, if you will. Everything is just so catchy, and each member is so connected and tight. This was especially true when guitarists Jeff Innes and Brandon Scott get their chance to riff off each other. They each show their high proficiency at laying down fun rhythmic licks, and in these mini jam sessions throughout the night, their guitar “showdowns” were not of the combative “Check what I can do” nature, but a conversation: like friends realising that they love the same obscure hobby.

There is a real jam feel to how Yukon Blonde works as a group. Innes does not require to be the lead on all tracks, and the whole band shows their artistry throughout the entire show. The bass and synth from James Younger added texture.  He even took on some lead vocals alongside Kelsey Brette, who added her beautiful harmonies to a variety of the group’s numbers. Not to be forgotten is drummer Graham Jones, who’s style is articulate and never over powering. He knows how to rise and fall with the what the song needs, and when given the chance, he shows his abilities to pull off complex fills that are sure give anyone a smile on their face.

Not having the chance to tour their newest album, the band made a point to include much of their new music, as it is the final process of their songs’ creation. Through the latter portions of the main set, you could hear the tone shift to a more traditional rock sound. With riffs, and hard hitting guitars that wouldn’t be out of place at a Black Keys show. They display their versatility, while never sacrificing the vibes set by the preceding songs. Their finale ended with arguably their biggest hits “Saturday Night” and “I Wanna Be Your Man.” The energy, improvisation, and sheer joy of the last two numbers show that as performers, Yukon Blonde know how to give their audience, exactly what it needs. It wasn’t hard to believe that the crowd would want one more, so for their encore they pulled out a deep cut with “Favourite People.” This high energy dance party was simply a perfect way to end the evening. Welcome back Yukon Blonde, welcome back.

The Glorious Sons at PNE Forum

The crowd came to party