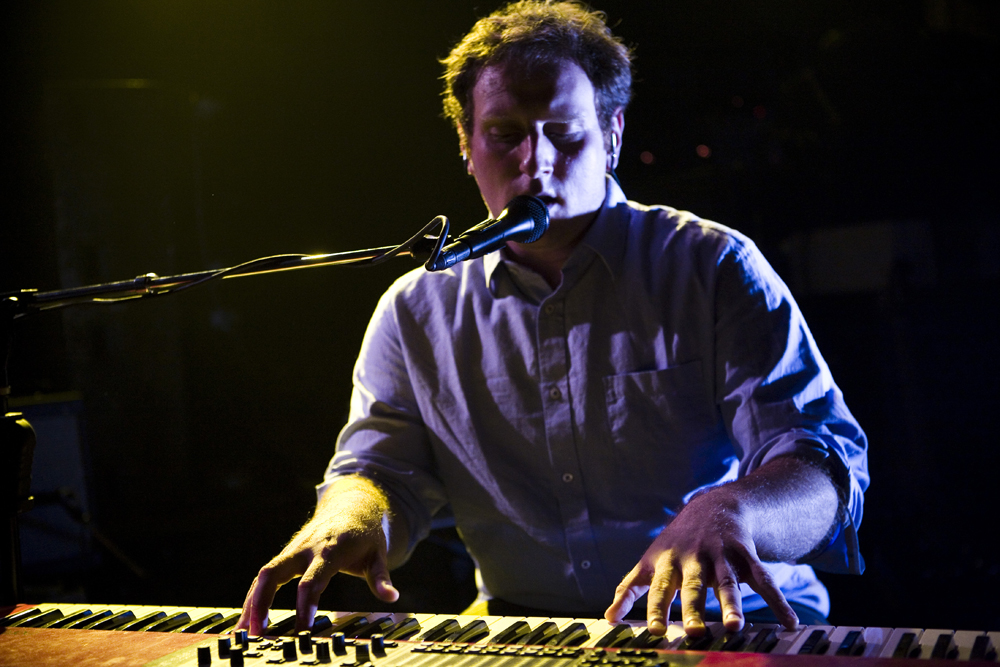 Some bands release a great record, but offer a boring live set. Others have an album that sounds fair when played at home, but comes alive when experienced in concert. Then there’s that elite pool of artists who sound as good live as they do on produced recordings – sometimes even better. Sorry to say, Junior Boys fall into category numero uno on that list; tight music, but a lackluster stage presence.

All three members of Junior Boys were collectively quite unassuming in appearance. The lead singer wore slacks and sneakers with a wrinkled button down and looked like he just punched the clock from a day-time office IT job. Every musician need not look like a rock star – but attire becomes irrelevant if they can bring a stage to life.

While Junior Boys delivered pulsating dance music with occasional nods to Depeche Mode, the band didn’t bring energy to the stage. Most band members play off each other during a set, cast connected glances during songs and build a vibe with one another and the audience. Each member of the band, however, may as well have had the walls of a recording studio boxed around him. Each of these guys were so in the zone that they didn’t really co-exist on stage. They played tight, but it felt disconnected.

With songs ranging from upbeat head-bopping tunes to lower key grooves, Junior Boys are certainly worth a download on iTunes. Guidance from Lost In Concert is to turn the volume up, play it loud and save the cost of show tickets for a craft beer at the pub.