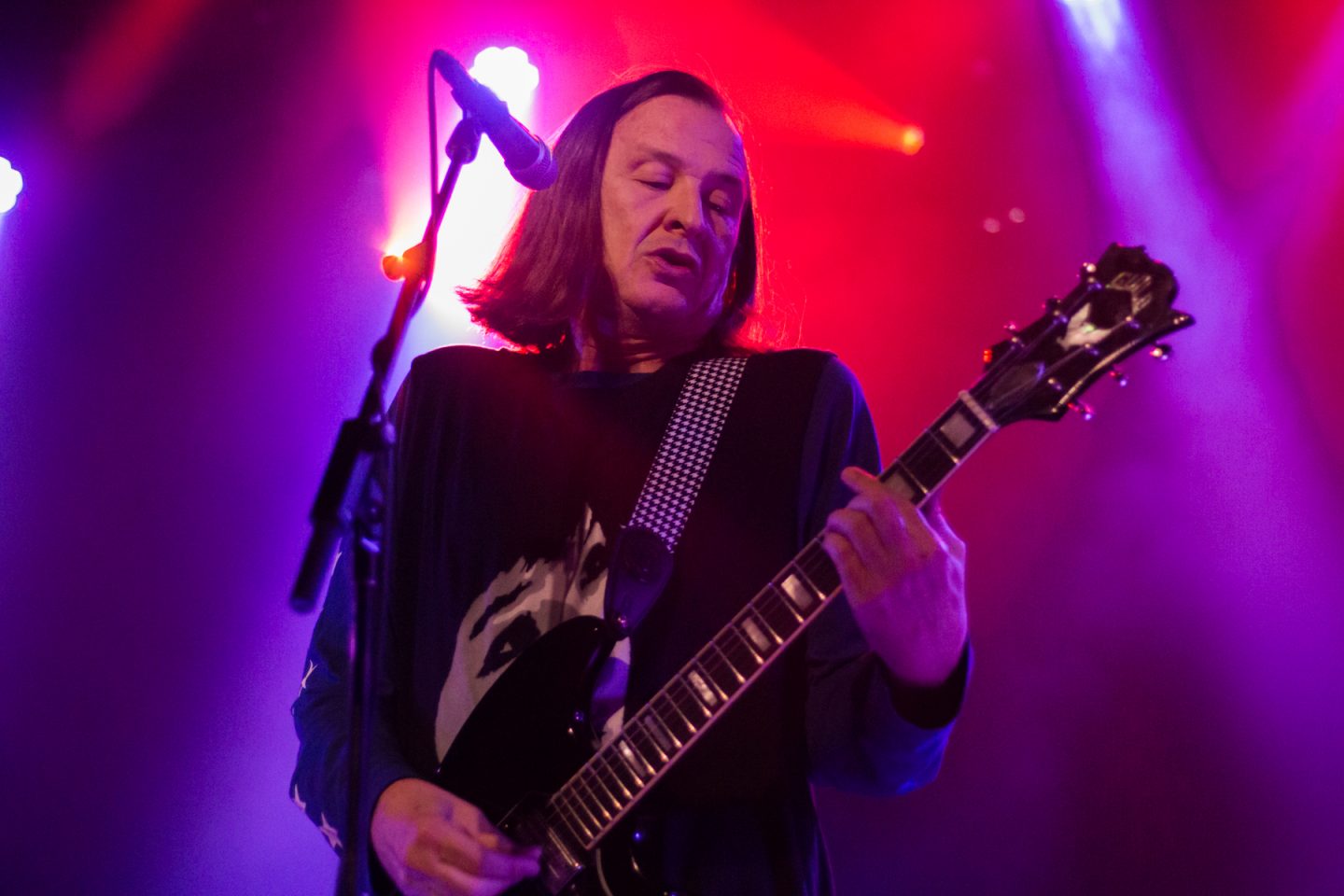 The expectations were wide open when Redd Kross took the stage as I wasn’t sure what to expect being at a Melvins show. Clearly two of four members belong to the Melvins, but the other two members bring in a clear departure of King Buzzo’ sludge-esque riffs.

Jeff and Steven McDonald, the brothers who founded Redd Kross back in the late 70s have been around the block many times, often with some of the most influential punk bands in history. Their energetic shows cast a KISS type vibe, with a mixture of punk and pop. The audience energy levels never subsided during the whole set. Speaking of energy levels, Dale Crover did an upstanding job as usual despite having another full set ahead of him. This guy is a machine.

Jason Shapiro played the part of an all-star guitarist complete with a very visible stage presence. Sometimes band members stay in one spot, others, like Jason shuttle around the stage to keep the crowd on their toes all while ripping through some familiar chords on his Les Paul.

For those who have seen Redd Kross before, you know what to expect. For myself, I was left curious and excited to explore their historic catalog. After a little research, I found that Redd Kross started a Kickstarter campaign to create a film entitled “Born Innocent, The Redd Kross Story” outlining their epic history. I anticipate this film is going to be as entertaining as their shows. If you haven’t yet, be sure to check out Redd Kross with the Melvins “Escape from LA Tour” with show dates until November 9th.

Check out their opening tune ”Beyond the Door” which is the title track off their newest album.