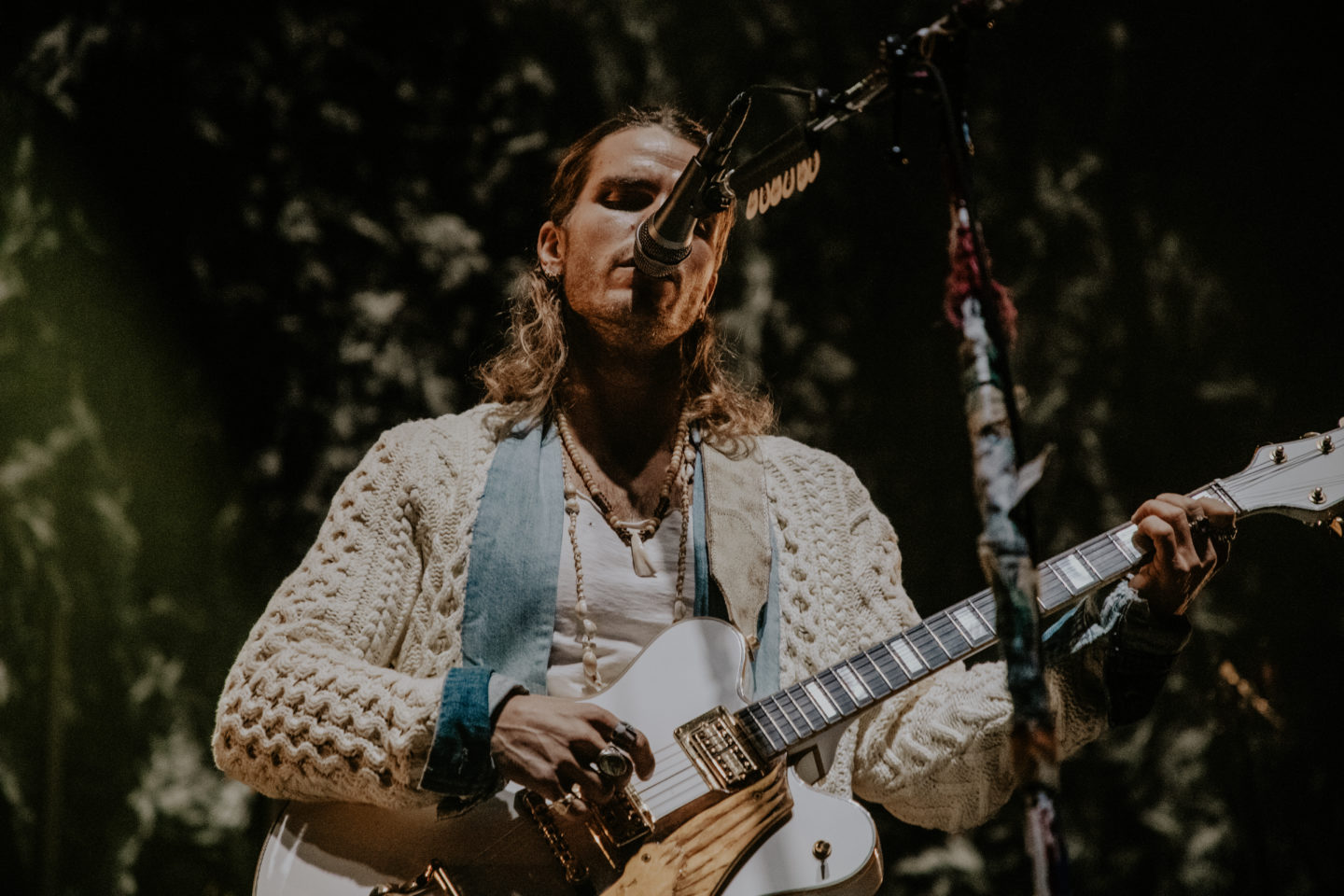 I had no idea that so much talent could be cramped into one arena, one stage, and one band. A  crew gifted with synonymous flair and earfuls of musical genius gifted all of Vancouver’s Blues Rock fans this evening, creating an otherworldly experience of rought-toned vocals and harmonious instruments.

The venue filled up fast. Seats were hosted by anticipating fans, the floor covered in ecstatic music lovers, all buzzing through the Doug Mitchell Sports Centre awaiting the presence of an insanely talented group. As luck would have it, the seat I occupied faced the side of the stage that the band would enter from, and was gifted the vantage point of the group taking pre-show shots. Other fans noticed, and admirable waves and peace signs were received by the band before they entered the stage. The lights dimmed, the crowd cheered, and the recognizable guitar intro to “Break My Baby” welcomed KALEO.

This was one of the most beautifully performed shows I have seen. The bluesy-cowboy-ridden tunes floated through the air, bringing with them singing and grooving from like-minded fans. “Broken Bones” carried out haunting chanting from the crowd, “Can’t Go On Without You” introduced with whistles insinuating practice and talent, and “All the Pretty Girls,” a big fan favorite, erupted singing and dancing throughout the arena.

What really blew me away was the talent, showmanship, and energy of the band. They filled their songs with extended instrumental riffs, accented by the backcountry tunes of a harmonica.  “Hey Gringo” was accompanied by beautiful backup vocals, the band making it so much more memorable by including the audience in the singing, creating a “repeat after me” element. This was followed by “Hot Blood,” a popular song off their newest album “Surface Sounds,” that arguably took over the whole show in the best way possible. This was when the band really went all out, giving them their own time to shine with an extended instrumental break. What always sells a show is when you can tell that the band is having just as much fun performing as the audience, and the musical experts of KALEO truly showed that they were having the time of their lives.

The band continued by playing a few softer songs, finishing with “Way Down We Go,” another deep hitting tune that got audience members off their feet and grooving along with the riveting melodies. After closing, the crowd responded with chanting, stomping, and thudding, and  KALEO returned for an encore, waving a large Canadian flag and expressing their admiration and gratitude for Vancouver on their final Canadian performance. They finished with “No Good”, filled with strong vocals that made my soul feel the need to ascend into heaven, and ended the night with an array of musical chords, throwing roses, guitar picks, and drum sticks into the audience. I felt the need to sit back in my seat and take in the pure talent that hit all in the span of 90 minutes, before flooding out of the arena with the rest of Vancouver’s rock-loving fans.

Chevelle at The Target Center

It was nice to see The Red again.