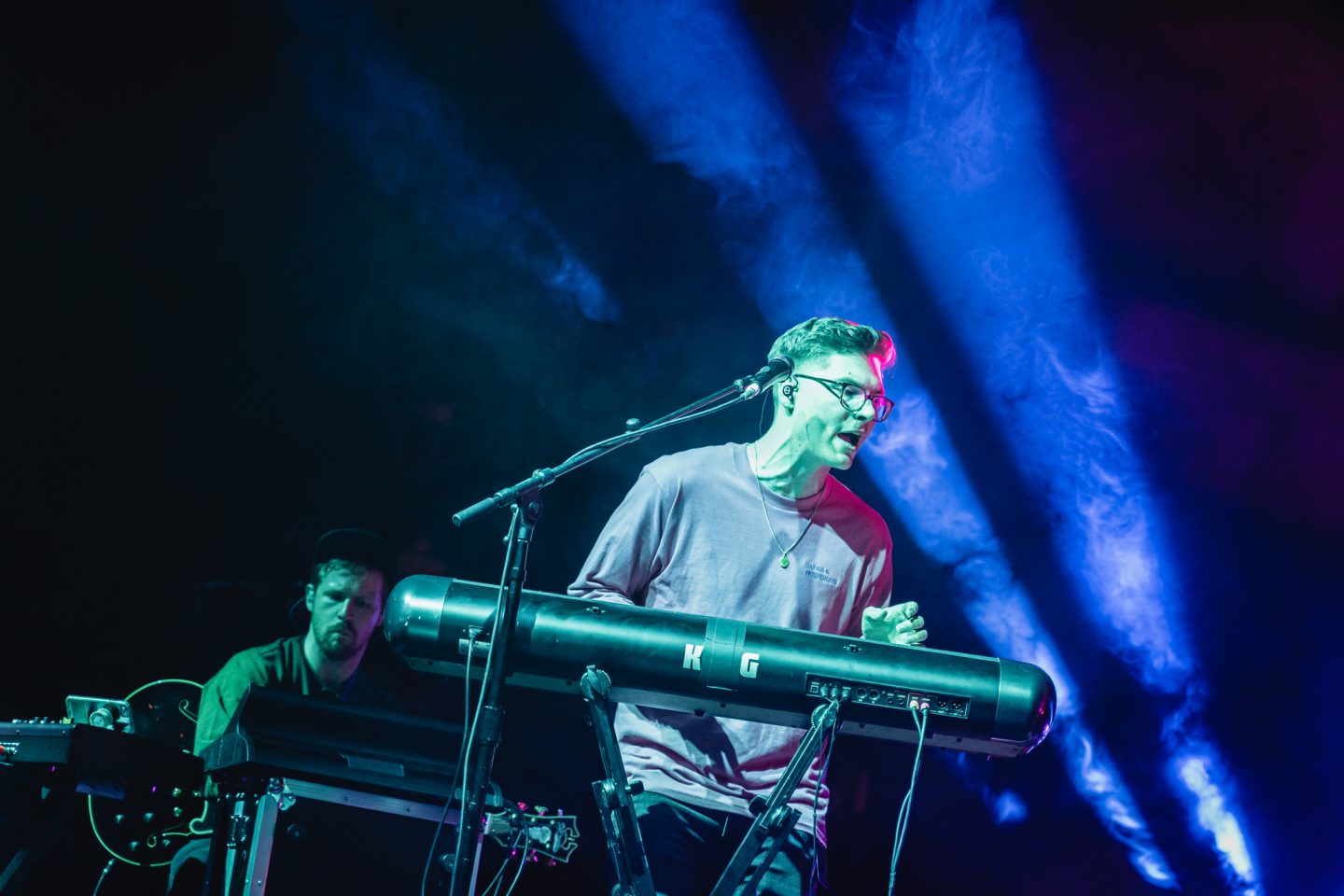 Kevin Garrett has a ridiculous amount of pop sensibilities. Couple that with his talents as a songwriter, collaborator and vocalist and you have a musician that can get it done on all sorts of levels. Garrett was also Grammy nominated for his contributions to Beyoncé’s record Lemonade. He’s been releasing music since 2014 and even though he’s headlined before, he finds himself here, supporting Banks for the ||| tour. The Riviera Theatre was packed for what could almost be considered a double bill, as there were plenty of fans gathered early to catch his set.

With his vocal delivery, tone and power, Garrett commands the theatre. His voice is powerful, with tons of character and it echoes nicely through the room providing a nice warm up for the space as it fills in. He’s confident enough to take it to the mic with just acoustic guitar and voice. “Coloring” was a a set highlight and fans got into the moody thing as they sang along. At moments, it felt as though the energy was a bit too dramatic for the crowd, which perhaps wasn’t loosened up enough for an 8pm set on a Monday. But, Garrett owned the stage and the mood nevertheless, and anyone who was tuned in was feeling the expertly delivered, gut wrenching tension.

Keep an eye out for this young and talented musician. You’ll probably continue to find his name popping up in unexpected places throughout the pop universe.

Banks delivered her steamy R&B flow with an smooth and easy style.