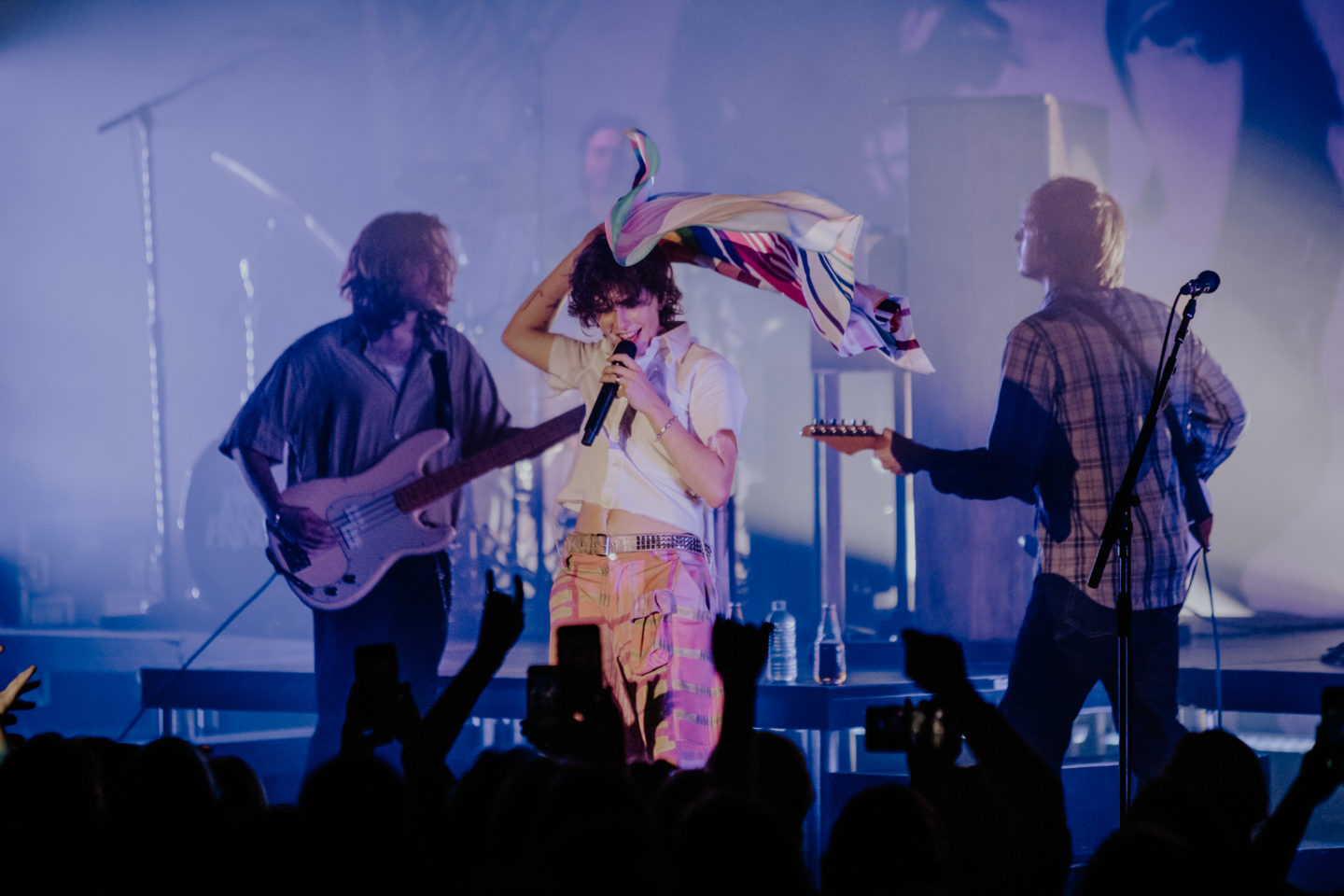 Never once has a concert felt so overwhelmingly Queer that screams were shouted in lust after the main performer, arousing from all genders. Being both openly gay and genderfluid, Mikaela Mullaney Straus, known professionally as King Princess, brought with them a crowd of resounding Queer individuals. Song choices and their subject matter were received throughout the evening with cries of fellowship, creating a safe and upbeat atmosphere in The Commodore Ballroom.

When asked to review the concert, I had difficulty deciding whether or not to accept, as I had never heard of King Princess before, and thus was expecting a much smaller crowd. To my surprise, the Commodore was filled with a myriad of people and presented an overall very queer audience. Fans would throw roses in admiration, and thirsty screams would erupt at every outwardly gay expression.

Out of all the shows I’ve been to this year, (which is the highest number it’s ever been,) King Princess was by far the most communicative and collaborative performer. In between every song performed, they would address the crowd in bouts of gratitude and appreciation, alongside bringing in context and backstory behind each song played. One aspect that I found to be incredibly unique was their admiration of the setlist. Strauss would continuously make statements regarding the song choices of their fans, saying that their streaming and individual requests were what built the setlist for this show. They added that it was such a  joy to be playing older songs, including some that almost didn’t make the record and that they had never even performed live before (Back of a Cab).

You could really feel the personality from Strauss emanating through the venue, with quotable lines such as “Hot Bitch Vodka Redbull” and a repetitive chanting to the drummer yelling “Hey Antoine, can I have that mother fucking pussy?” Moments like these that happened between each song, really made the audience feel connected to Strauss. Their sense of humour was reflecting off of their performance, and personal stories helped maintain humility and humanity. Overall, it was a very mobile performance. Strauss had a mass of energy that I could only be envious of, their presence being full, fun, and bouncy, ricocheting off the stage.

The vibe was overall just exuberant, sweaty, and full of joy. Though I can’t say I’m the biggest fan of the music, the performance made up for it, and it was still a very pleasant evening. I can’t say that I would listen to much more of their music in my personal life, but if asked to attend another King Princess concert, I would excitedly attend if just to experience the liveliness of the aura they bring with them.