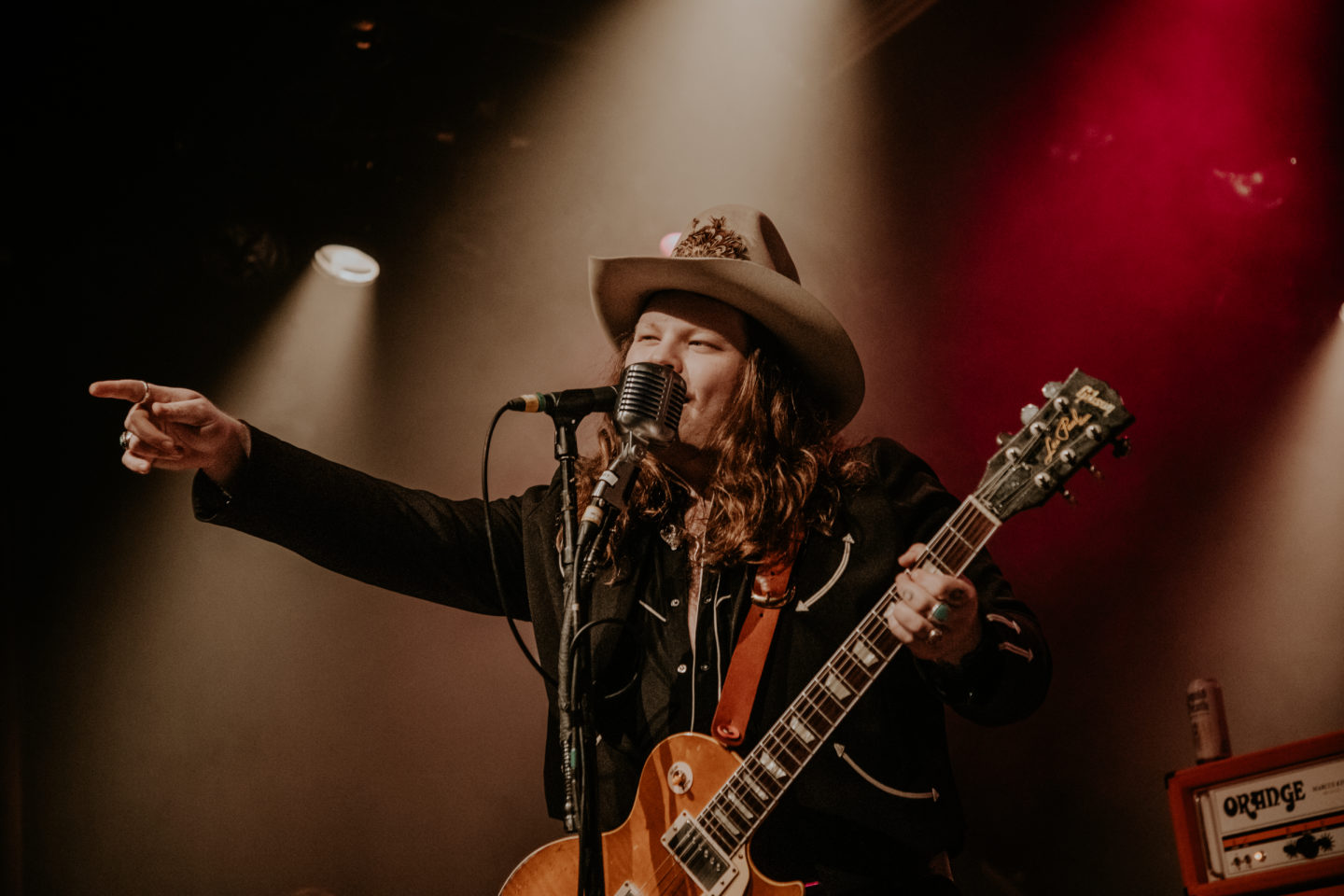 I first heard Marcus King through a friend who showed me Norm’s Rare Guitars’ videos (if you’re into guitar, check them out), and as someone trying to learn to play myself, the kid’s definitely someone to look up to. So, when I realized the night’s setlist was probably the longest I’d ever seen set out on stage, I was stoked, grabbed a tall drink and a band tee, and worked my way into the crowd for the rest of the night.

Looking around at the audience, as expected, the crowd was filled with admirers who appreciated the sweet way Marcus King plays his guitar – tweaking their necks back and screwing up their faces at each solo, the way that only guitar fans do. Even I was impressed, and as someone without a technical background I’m sure most of it goes over my head, and I knew I didn’t want to take my eyes off his fingers all night long.

Knowing his previous music, I expected a slower, Wildflowers and Wine kind of night, but in the wake of his recently released Hard Working Man, ahead of his upcoming self-proclaimed rock album, the night felt like a rock n’ roll bar in The South. The night was filled with bluesy rock with what I’d call a bit of jazz thrown in for fun. Even if higher energy than I expected, the group seamlessly moved from a rowdier whisky kind of rock to the slow romance first dance songs are made of throughout the night, in the way that I think only the south can.

Not exactly the night I expected to have, but The Marcus King Band had me rocking my hips and shimmying my shoulders in a way you can only to rock n roll, all night long.