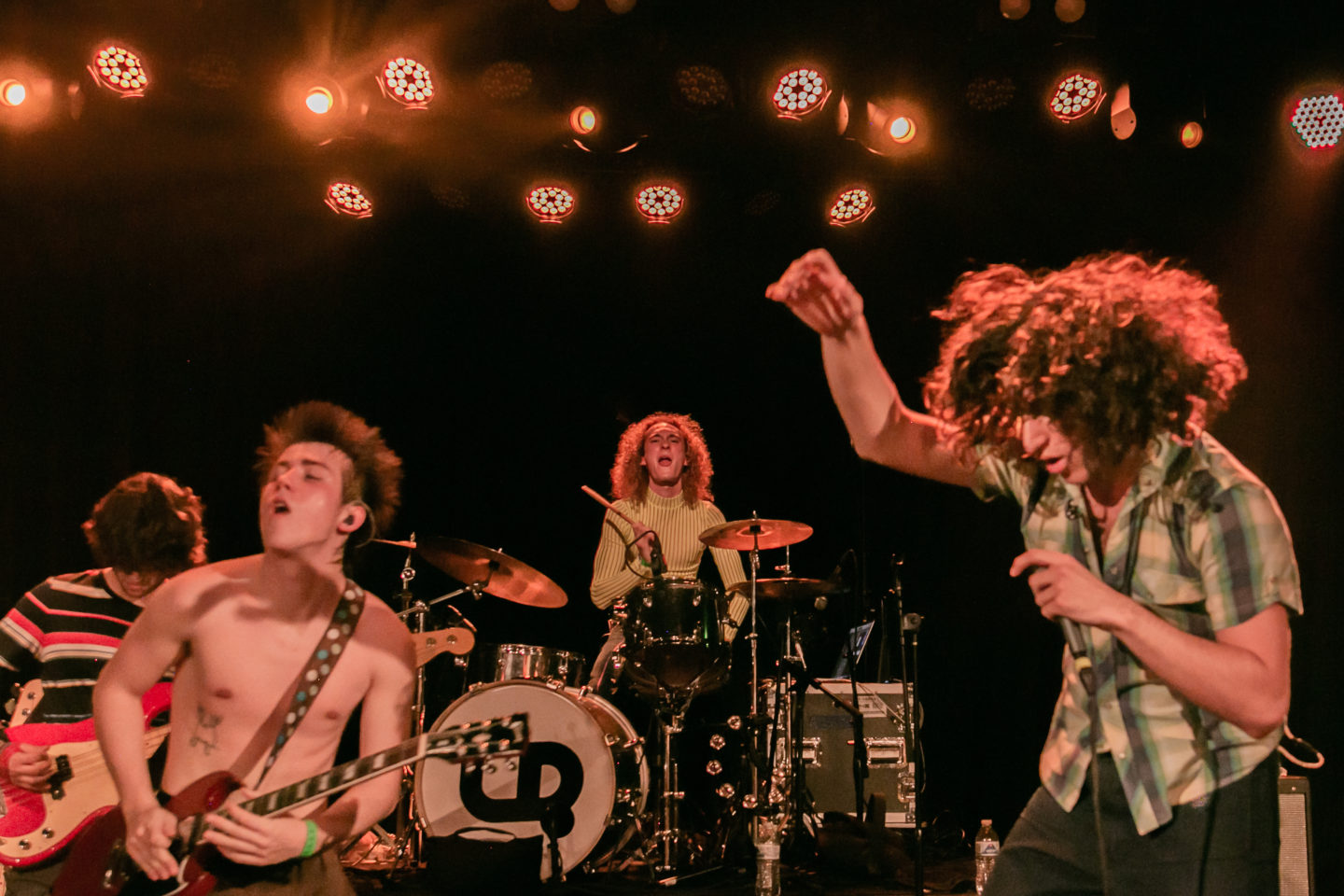 Laundry Day at The Roxy Theatre

Laundry Day’s highly anticipated performance on Friday brought a crowd of excited high schoolers and the cast of Netflix’s On My Block to The Roxy Theater. After a punk rock opening got the crowd all riled up, the curtain lifted to expose all five members of Laundry Day with backs faced to the audience. Confused expressions passed over a few faces before singer Jude Ciulla started jumping as high as he could (he caught some serious air). This kicked off the set, which began with considerable excitement and the song ‘Little Bird’ off the band’s recent album. Various dance moves from both singers, Ciulla and Nunes, kept the excitement alive, even through the more melodic songs. During an acoustic rendition of ‘The Knots,’ drummer Etai Abramovich walked around the stage holding a fake baby and lighting incense.

Do I get it? Not really. Did it catch my eye and make me laugh? Absolutely.

These boys sure know how to put on a show. From guitar battles, to suddenly breaking out into the robot, there was certainly no shortage of entertainment. Nunes switched from guitar strumming to soulful singing to piano playing, feeling the music the whole time. The relationship between the band members on stage made the show feel like a window into a boisterous and goofy friend group. The sentimental feelings expressed during the concert made even more sense when Ciulla explained that the band’s last performance pre-pandemic was at The Roxy. The full circle-ness of being back at the venue on this tour brought their enthusiasm to a new level.

The night ended with a flying guitar pick which landed amongst the crowd (later to be picked up by a member of my group). The sudden absence of all five figures on stage had the crowd buzzing. They reappeared to sing their song ‘FRIENDS,’ leaving the audience on a heartwarming note and throwing one more guitar pick into the crowd (which was later snatched up by another member of my group – can you believe it?). This was a night to remember, and with two souvenir guitar picks among us, I left with my posse feeling so warm inside. This band means business, and they are only on their way up. Niall Horan himself called them the next One Direction, a huge compliment (but also where was he and why didn’t I see him?). My advice: any opportunity to see Laundry Day in concert is one you should take.

Maude Latour at The Roxy Theatre

This is groundbreaking stuff people