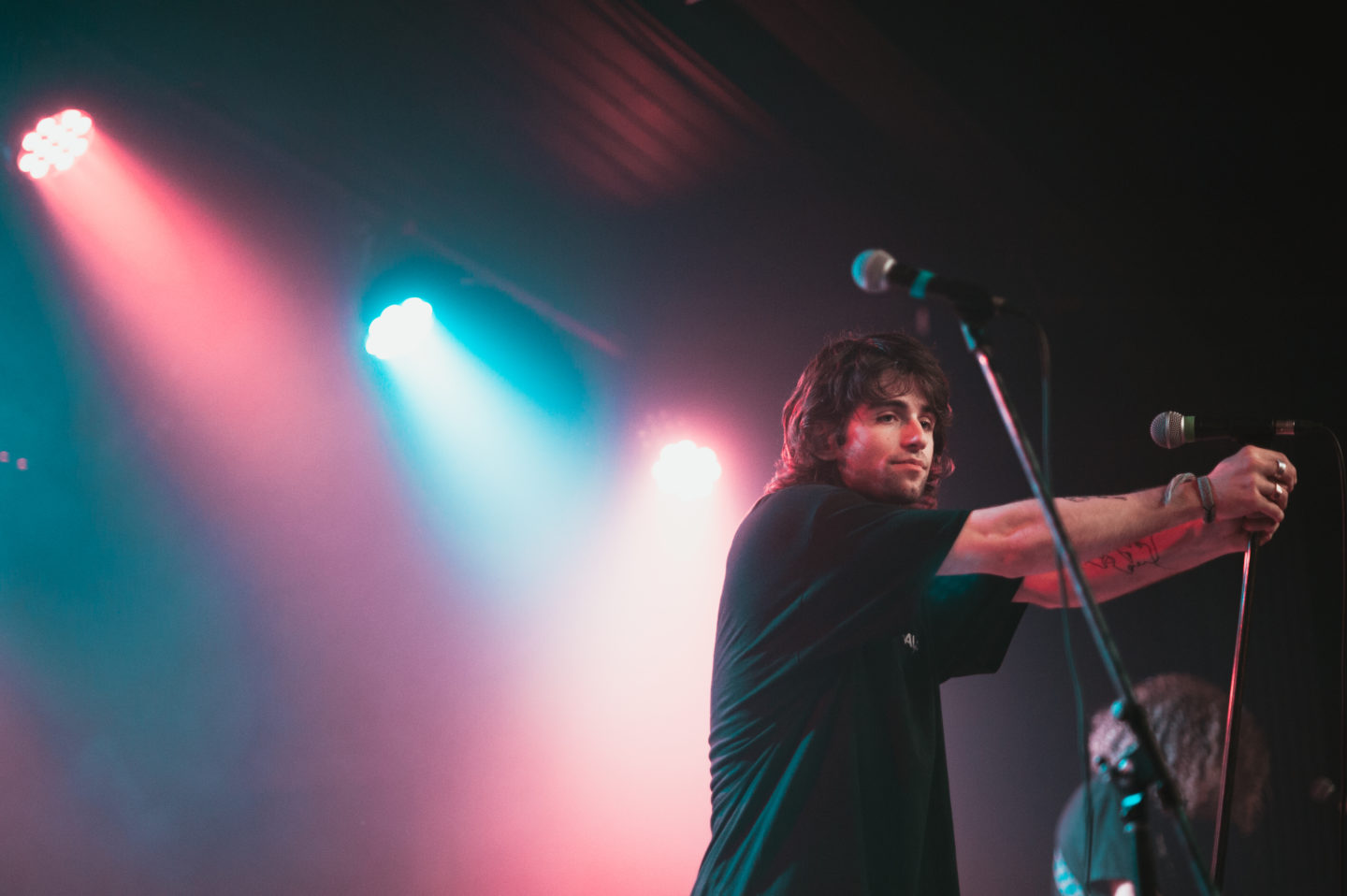 Have you ever sought out just pure, raw, noisy chaos? Raging instruments filled with rough tones and manic vigor? Maybe you’ve been looking for erratic yet subdued energy, or just needing something to fill your desire to headbang and mosh until your neck hurts. If any of these cacophonous descriptions strike a chord with you, then any live performance by Liily would fill your turbulent heart.

American rock band Liily features a quartet of wild individuals, Dylan Nash, Sam De La Torre, Charlie Anastasis, and Maxx Morando. Due to an unexpected turn of events at the original venue Biltmore Cabaret, their Vancouver show was moved last minute to Wise Hall, which provided a much more open space for fans to spread out and enjoy.

Despite the show starting about an hour later than expected, Liily brought with them their iconic and chaotic energy to the stage, opening with their sped-up rager “Wash.” As the band came out and the first few notes were heard, the crowd moved in towards the stage, and scattered headbanging broke out.

With their first full-length album “TV or Not TV” having been released in 2021, many of their performed songs wrang from it, including favorites such as “Toro” and “I am Who I Think You Think I Am.” All were played incredibly well, and incredibly loud.

The most disappointing element of the show was definitely out of the bands’ control, and that was the crowd. Whether it was the change in venue, Covid restrictions, or a smaller fan base in Canada, the turnout felt quite small compared to the large energy of the band. What could have been an absolute rager ended up feeling more so like a high school punk band playing in a gymnasium. That isn’t to say that Liily played poorly. I would argue otherwise. The music was great, and the band members brought their best and played as expressively as possible.

Ending with “The Suit that Sold Itself,” Liily turned it up one final notch, and the crowd finally started some movement with a small mosh pit. The music seethed, the lights flared, the sound boomed, and with a final moment of angst, the drummer Maxx tossed his kit which scattered across the floor, exiting the stage with a memorable flourish.

Without a Crown at Biltmore Cabaret

"It’s been a long fucking time."