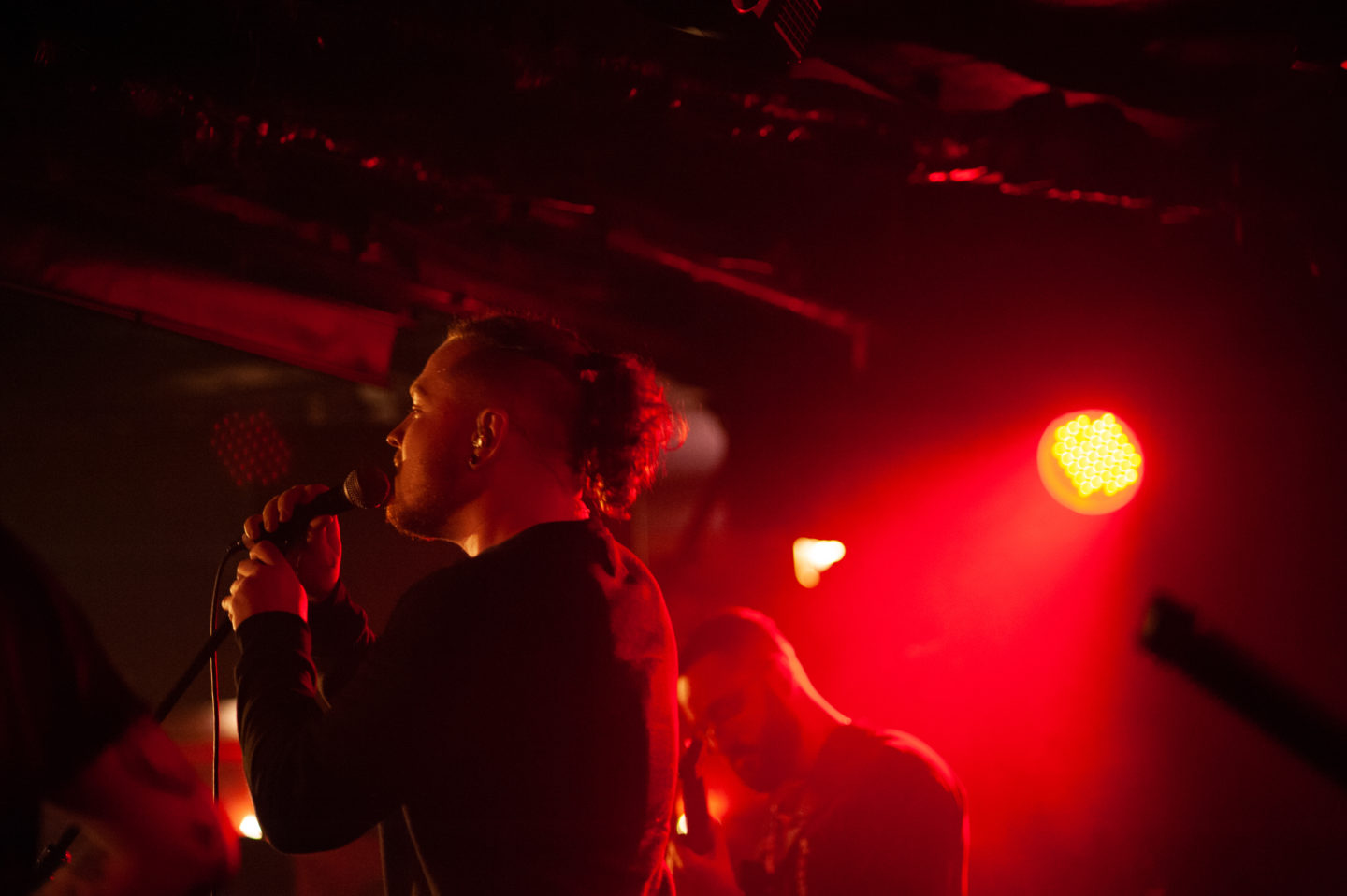 Without a Crown at Biltmore Cabaret

“All you in the back, get the fuck up here. It’s been a long fucking time. Too long.” It’s been years since I’ve heard truer opening words. If I had one takeaway from the show, it’s that Without A Crown’s audience fucking loves them, and they are why the band loves to play.

The crowd, jumping to each beat the entire show with enthusiasm that matched that of the band. Ryley spent pretty much the entire show out at the end of the stage’s runway, as close to the crowd as he could get. At one point he even jumped down into the mosh pit to be with his fans.

Again, to end the night, they wanted to share more of the fun and brought two audience members up on stage to sing to help close out the show.  These guys were really fun to watch, and they bring out a crowd of good people down to have a good time. Pretty sure Ryley even dedicated one song to “his beautiful mother” – but it was loud, I could have heard that wrong. The show was great, I’d see them again.