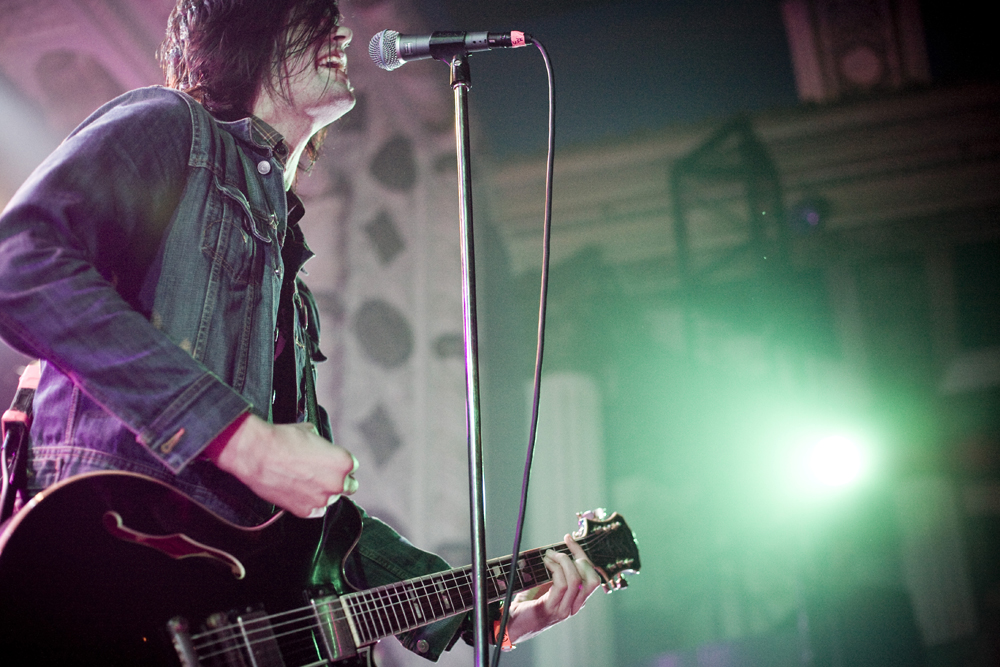 Headlining Day 1 of Local Music Revolution at Metro, AM Taxi played their hearts out to an admittedly small, but devoted crowd. If you happen to be a fan of the special Chicago blend of pop/rock that AM Taxi creates, you had fun dancing in place like you didn’t have a care in the world. If you’re not, it just sounds like “Downers Grove music.”

Even as a fan of Adam Krier and Jason Schultejann’s storied musical past with bands from Chicago, “Downers Grove music” really might be the best way to describe it. Krier’s notoriously raspy, almost pained voice was in full effect and layered on top of a stringed barrage of classically local Chicago riffs and the pitter patter of drum sticks on a single symbal.

Is it going to win any Grammys? Probably not, but I have no problem calling it a guilty pleasure. It’s the type of music you listen to when you’ve had a shitty day and you just need to rock the fuck out and pretend like you’re a rock star. The type of music that works just as well at a street fest as it does on a stage with a million dollar lighting rig. The type of music that, if you just so happen to be from Downers Grove or the surrounding area, is just as much a part of you as mom’s cooking. So yeah, it’s suburban pop rock, but that’s musical home cooking to some of us.