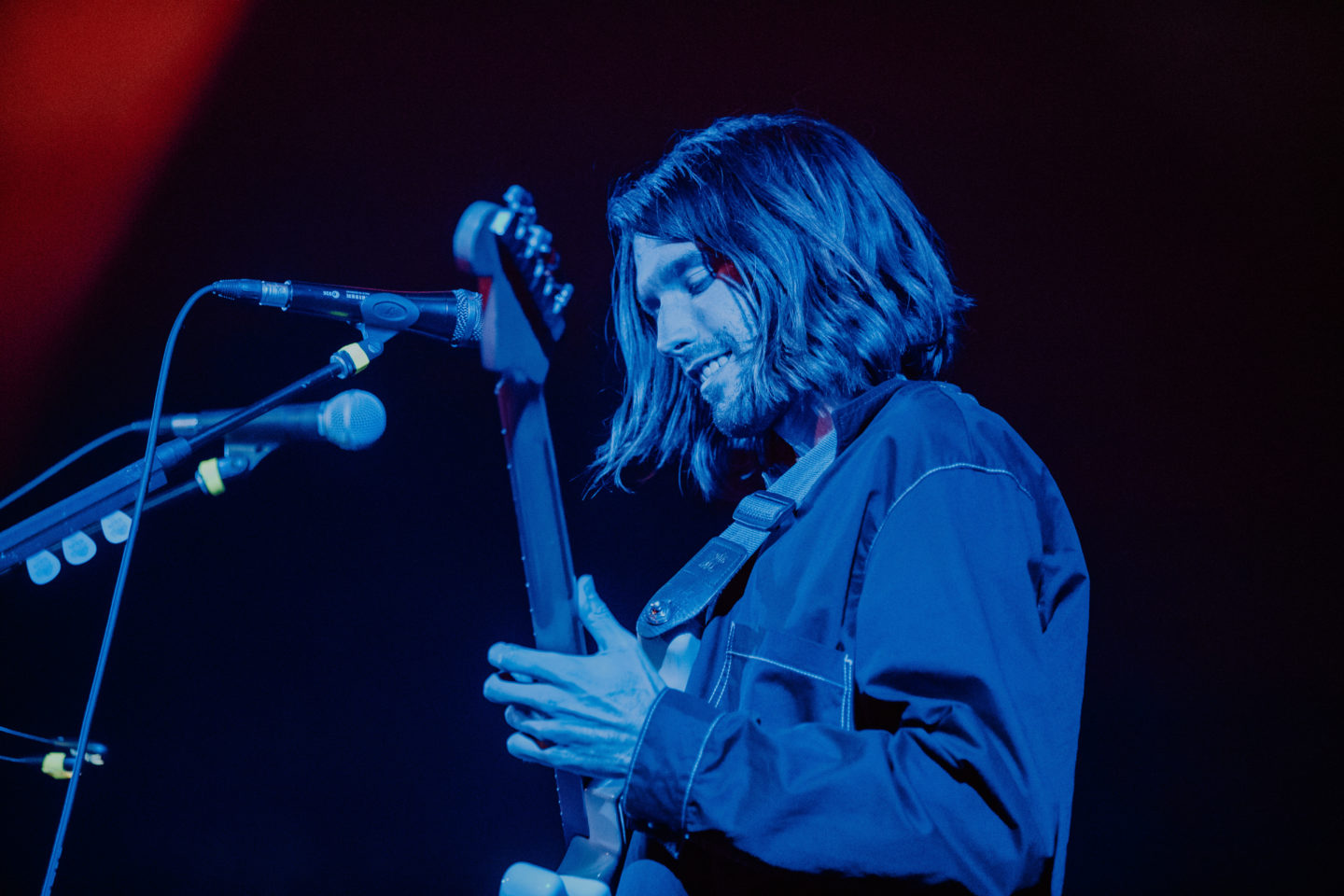 Mansionair doesn’t need to go over the top to impress their crowd. In fact, that seems to be their endearing quality. They are a chill group who bring a vibe to the stage, that you cannot resist bobbing to. That was at least what the crowd was greeted to at the Hollywood Theatre in Vancouver on Saturday night. The three-piece kicked off the night with their bop, “Guillotine,” one of their harder-hitting songs, which prepped the crowd to keep moving even though the majority of their songs settle into a more chill sway.

From there, we moved to a slower moodier “Easier.” Here the backing tracks added an atmospheric tone, and lead singer, Jack Froggatt, sends his voice sailing across the mix. His voice control is crisp and smooth, equally comfortable belting, hitting falsetto, or dropping into his lower register. It supports the general air of each track, and never craves attention, yet it still demands it.

This is how all of the instrumentation works for Mansionair. It is pretty impressive how a three-piece can sound so full with fairly slim production. They are not rocking 19 different guitars for each song, and pedal boards dropped in on flatbed trucks. With some sample pads, laptops, and of course the traditional, guitar, bass, and drum set up, they get a beautifully full sound. This is surely a team effort as bassist/guitarist/sampler Lachlan Bostock, back everything with on-point samples and baselines throughout the evening. On drums, Alex Nicholls consistently brings the rhythm. Like all things in the Mansionair repertoire,  it is not about coming out over the top but adding to the general vibe. This is no different in the drumming which keeps everything moving but never needs to dip into the drumming clichés of so many rock bands.

The group does sound their best when the tracks are supporting their live instruments. Some of the more heavily EDM-influenced songs, got the crowd moving, but for this crotchety old-school reviewer who likes hearing a guitar live, took me out of the music. It is okay though because they don’t make their music for me, they make their music for the adoring fans that were more than happy to bust a move to their productions.

This is the reason Mansionair plays. Froggatt said to the crowd in a reflection of the preceding years that “this really is the best part.” Playing these shows is what makes these guys tick, and it is clear in their performance that they care about their music and the crowd’s reception to that music. For this reason, when “Strangers” was claimed to be the last song, the audience audibly reacted. I think we all knew they were lying, but that encore has to be deserved, and so it was. When the crowd demanded one more song, they came out and played easily their most recognizable song “Astronaut.” It hit the spot and was a great end to a solid set.

Half Alive at Hollywood Theatre