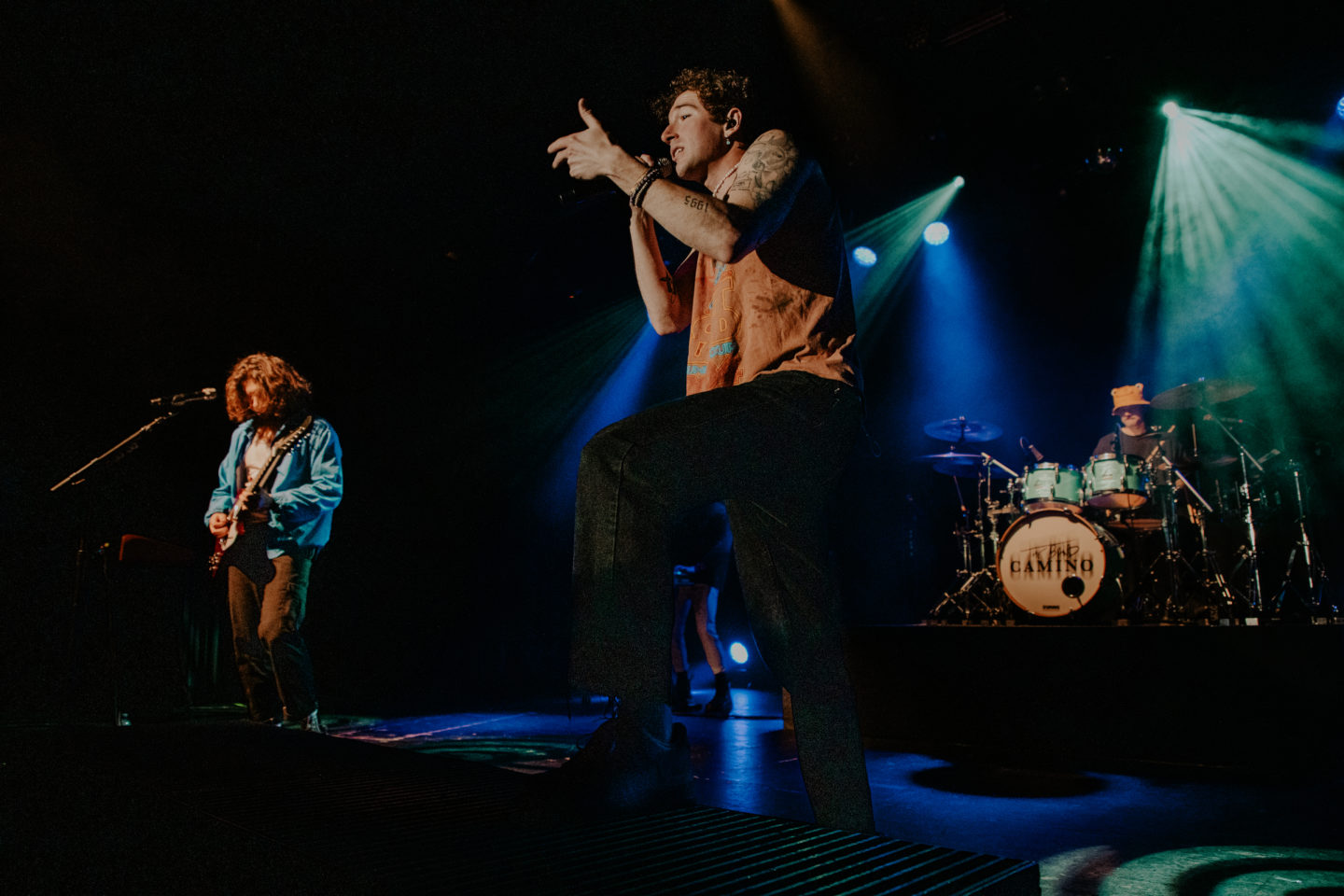 Whenever you see a line up around the corner of a street, you know that something big is happening. Making my way to the Commodore Ballroom, I thought, “I wonder who this line up is for?” As it turns out, it was for the concert I was about to see, The Band Camino. Camino has been making splashes throughout the alt-rock scene over the last few years, but I never imagined, that they could build such a dedicated fan base across the border in Canada, and apparently, they couldn’t either.

The lights dim and a western-inspired soundtrack began. This was the moment the crowd waited for. Camino launched into ‘Know it All’ from their latest album, which is fitting because their fans knew it all. Every word was sung together in a mash of dance, lights, and joy. This would set the tone for the night as the sing-alongs seemingly never stopped. The band exclaimed between songs, “Our first performance in Vancouver!” Based on the crowd’s reaction, it will surely not be their last.

At some point during ‘Roses’, I recognized that somehow this pop-infused set of bops had people rocking on a Sunday before we all had to go back to work, as if it was just the beginning of the weekend. It was a true testament to The Band Camino’s ability to perform, and to react to the crowd. Jeffrey Jordan and Spencer Stewart, who take turns leading vocals, clearly have crafted hooks and melodies that can charge a crowd. They have a similar style to each other, so it is not jarring to hear the swap, there are no “Jeffrey” songs or “Spencer” songs, because of the unifying presence of the band. It is nice to see such synergy on display.

Jeffrey took some time throughout the show to appreciate that despite the times of the pandemic, they have been able to keep building momentum. Almost half their career they have been unable to play live shows, and to still see people from all around show up to be with them, has been remarkable. This ensemble is tight, in spite of the lack of touring, and to behold it is incredible. Everyone has their part to play. The hard hitting drums from Garrison Burgess, keep the rock foundation firmly in place when surrounded by the lighter elements of the guitars and keys. It is energizing to see and hear how they can go from a seemingly Jonas Brother inspired song to a hard hitting breakdown that results in the whole venue jumping and singing altogether.

I would be remiss to forget to mention the tech team that backed Camino. In an all-to-expected border snafu, they were unable to bring all of their lighting gear into Canada, and, as a result, Alec had to use the venues lighting on the fly. Before Jeffrey even mentioned this, however, I was already noting how on point the lighting cues were, to know that this was only plan B, was incredible beyond all doubt.

As we rounded out the end of the night, the band made clear that they were not going to do the whole walk off the stage to do an inevitable encore. They knew what the crowd wanted and they were going to end with all of the fiery intensity that we expected. They began ‘1 Last Cigarette’, which had the crowd moving, but even this hard-hitting rendition paled in comparison to the reaction to the opening chords of ‘Daphne Blue’. When Spencer crouched down, and the stage dimmed, to only blue, his first strum of the guitar incited the crowd even beyond the bar set by the whole preceding evening. It was an explosive ending to an already energized set. If this is the performance that The Band Camino is going to give for their first appearance in Van City, I can’t wait to see what comes next.