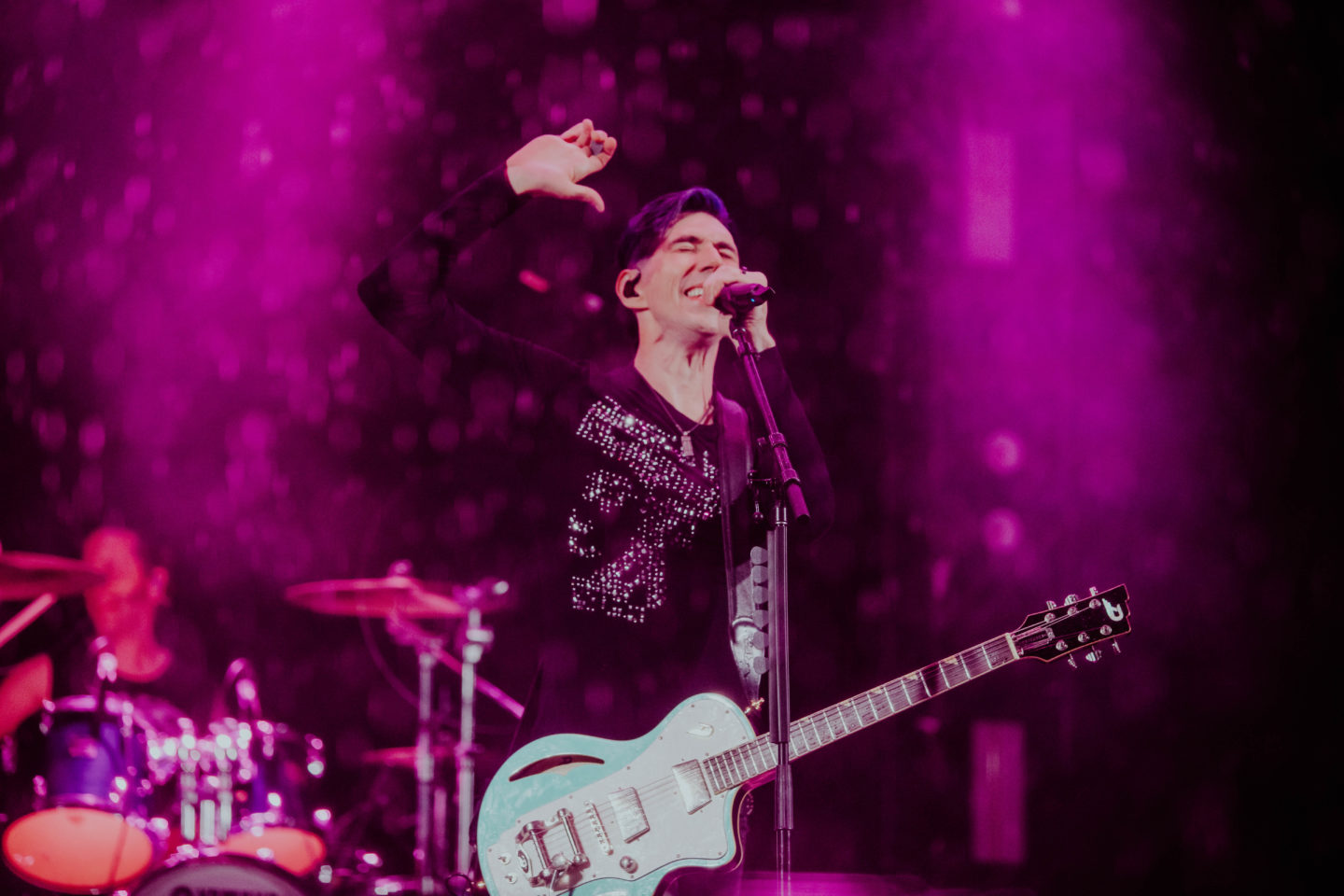 It’s amazing what happens when you put a few thousand people in the rain to wait for a band to start. You would think that just like the soles of the Vans they dusted off to go to the show, their spirits would be dampened in the coastal shower. It is not the case, however, with the fans of Marianas Trench. Any change in the pre-show playlist would incite a fleury of cheers and hoots as the crowd impatiently awaited the main act to enter, and that energy continued throughout their entire set.

From the first words of lead singer Josh Ramsay, he had the crowd in the pocket throughout the whole show. This is in no small part due to his insatiable energy. Between guitar changes, dancing in the rain, banter, and the rises and falls of their setlist, he gave exactly what has come to be expected from Marianas Trench. He may be a genetically engineered hybrid of Mariah Carey and Tom Delonge, as he is able to keep up with the palm-muted guitar, pop-punk inspired riffs, and belts, falsettos, and runs that would make any pop professional blush in envy.

The rest of the band, Matt Webb on guitar, Mike Ayley on bass, and Ian Casselman on drums, brought the same energy through with their performances. Whether they moved and head-banged alongside Joshua, or backed up with harmonies that soared across the soundscape, they did so with a tightness that can only come with playing together for as long as they have.

With all that can be said about these musicians, it is still the fifth band member that will ring the most memorable for me: the crowd. When playing their song “All to Myself,” Joshua sang the first words “I don’t patronize,” that was all he needed to say for the whole crowd to launch in the rest of the song in unison, perfectly timed with the rest of the band backing their true lead singers, the fans. It caused the band multiple times to recognize and appreciate that they “have the most hardcore fans ever.”

When the night began to wind down it was inevitable that the band would be called back for more. Joshua came out with a single guitar, and opening act Fionn to do a stripped-down version of “Good to You.” This transitioned to their very danceable “Pop 101.” They finally ended on their most symphonic song of the night, “The Killing Kind.” This song summed up their entire setlist, and possibly their essence as a band. It had an ebb and flow, that reminded me of some conglomerate of Blink 182, Muse, Queen, and Iron Maiden. It was an electric end to a jam-packed show, one that I am sure Vancouver cannot wait to have again.