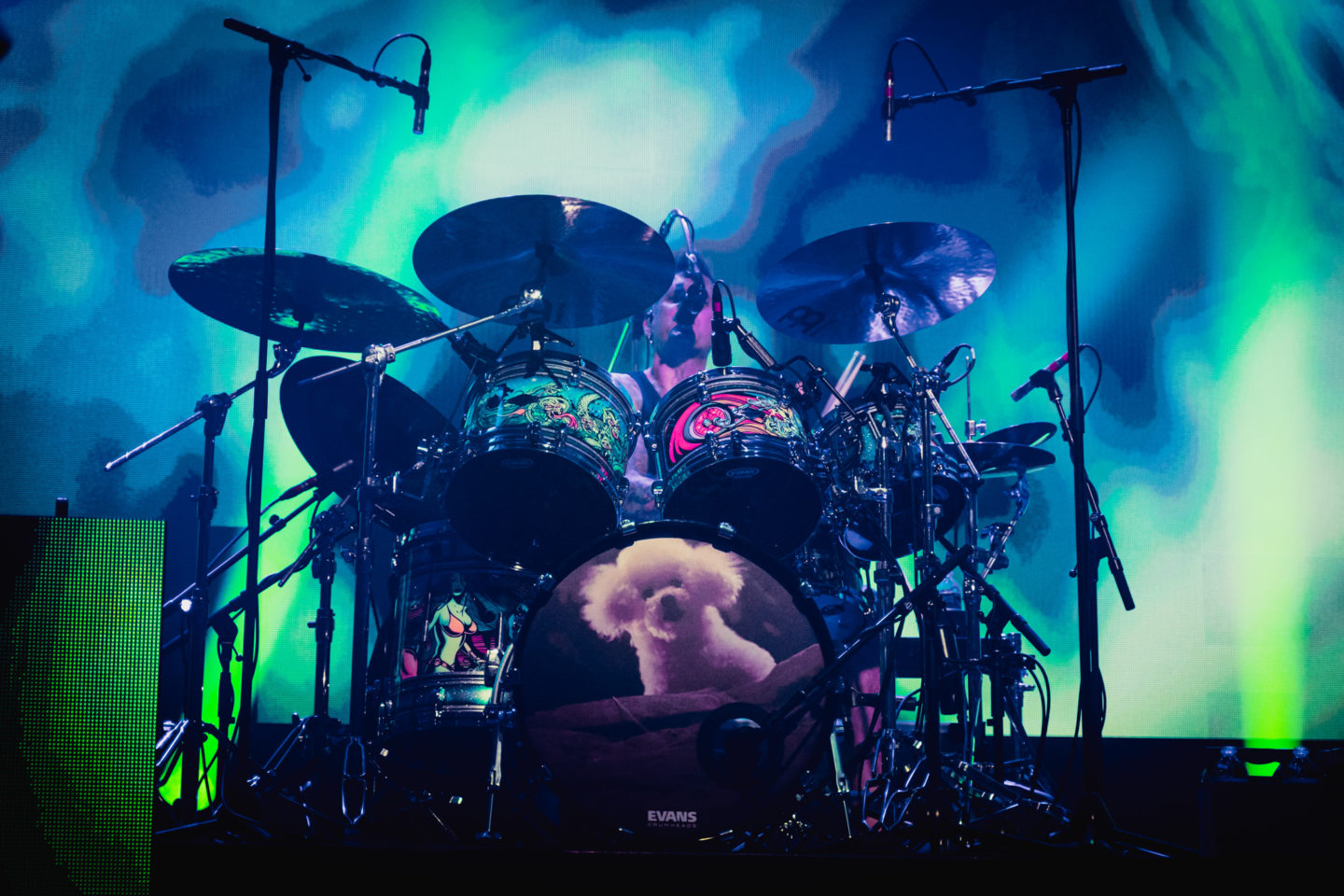 Mastodon at The Riviera Theatre

In the midst of a funk, in a city that’s seen 1 day out of the last 48 that’s been considered “sunny and clear” by the National Weather Service, Mastodon grabbed us all firmly by the shoulders, then gave us a real good southern style metal forearm check. When Mastodon takes the stage, all sorts of crazy energy flows into the space, and you can sure feel that. Pits were formed. Sweat was expelled. Wallets were lost. Cell phones were dropped. Doubt was dispelled, that Mastodon’s version of progressive sludge metal will indeed kick your ass.

The fellas concentrated heavily on the latest record, 2021’s Hushed & Grim, with the rest of the set consisting of a salt and peppering across their older material. Also likely being a shorter set due to the co-headlining status with Opeth, perhaps this was the opportunity to finally air out the material from a record produced during pandemic lockdown times.

It’s always nice to get sonically pounded on for a while, to remind us that visceral feelings still do exist. Coupled with one hell of a display of backdrop visuals and lasers, this show was surely a gift to us Chicago metalheads.