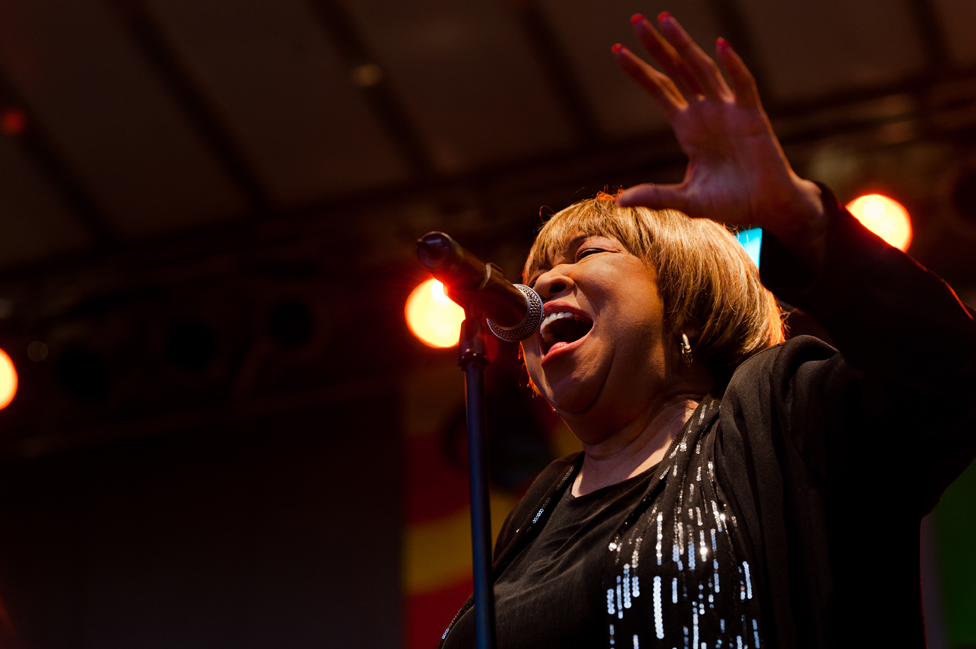 Mavis Staples is legendary in the windy city, and Chicago’s Aretha had a homecoming that was one for the record books from start to finish. Hideout co-owner Tim Tuten started the festivities by taking a few moments to describe the “big ass throne” decked out in shades of pink and red fit for a queen sitting off to the side on the stage. Apparently there was some confusion about the difference between a big ass throne as it relates to drums and an actual, should-be-in-a-Disney-movie throne, but Tuten was more than happy to oblige her request regardless. After all, Mavis is the queen, so why shouldn’t she be treated as such?

If the comparison to Aretha wasn’t enough, Mavis has a voice that won’t be ignored. Booming and commanding, but layered with love and emotion that you can feel, Mavis Staples has a gift that is nothing short of heavenly. Opening the set with gospel numbers didn’t seem to dissuade any of the flock of audience members assembled to witness the religious experience that Mavis Staples creates every time she opens her mouth. She has the ability to tap into something deep inside of people that, even if they’re not religious, forces feet to tap and hands to clap.

Honestly, Mavis Staples kind of reminds me of someone’s grandmother. She’s been around the block a few times and has no problem throwing in a story or two about how everyone should stop hating on Obama and banana puddin’. Leaving the lips of anyone else, it would be an unnecessary departure from song. From Mavis, it’s endearing. She’s paid her dues and she knows it. She doesn’t fit the bill for your standard pop tart, super starlet and that’s precisely why she has a Grammy. It’s music that momma would be proud of and a performance even she would enjoy. At the end of the show the only thing the congregation on stage and off could even say was, “Yes, indeed.”