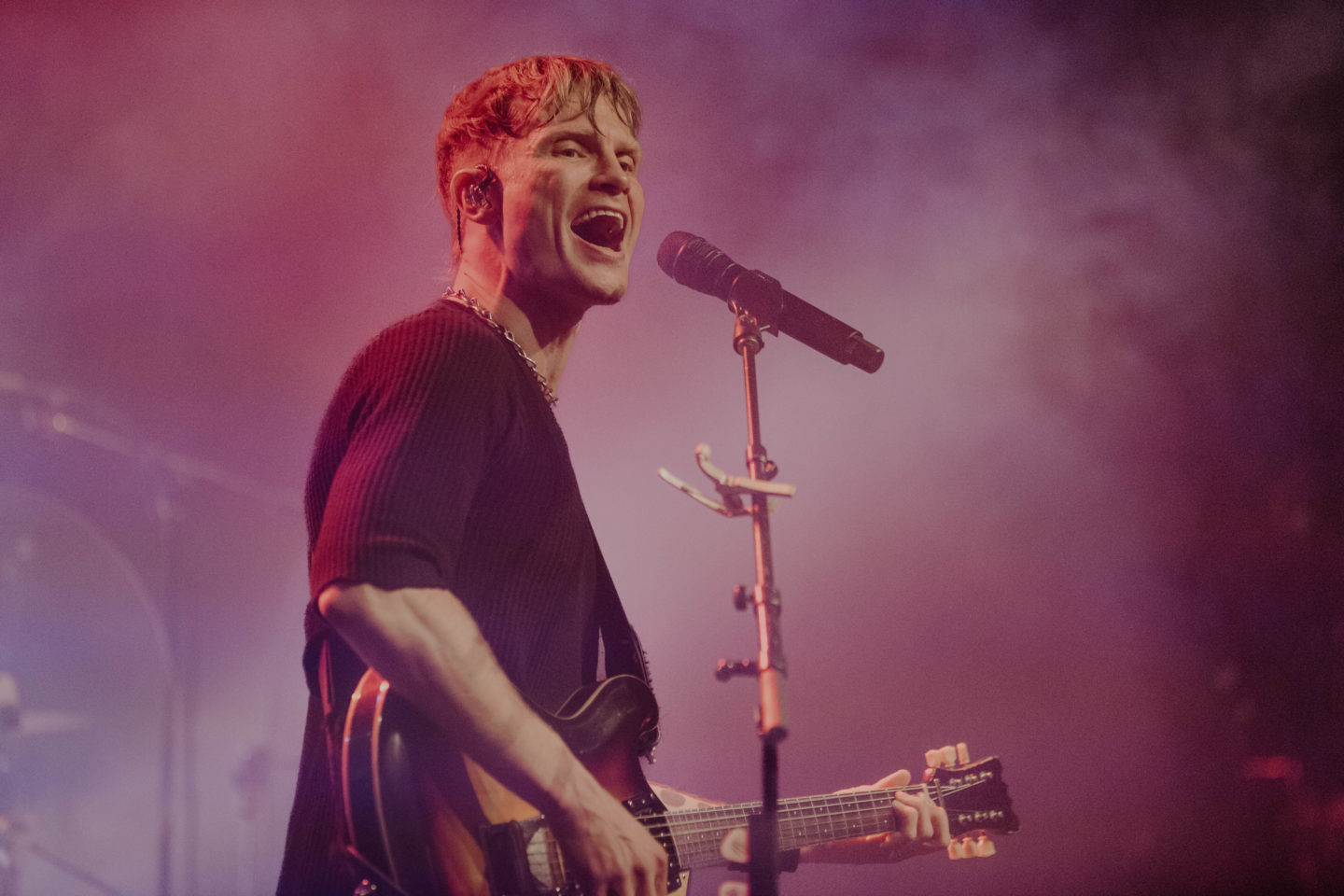 The last time Mother Mother played in front of their home audience in Vancouver was back in September 2019. I was there: standing in the first row of the iconic Malkin Bowl in the pouring rain, dancing and crying and singing my heart out.

Seems like the only thing that stayed the same since then is the Vancouver rain; in fact, it definitely does not feel like a two-year-old memory. The pandemic has its own, tuned down, perception of time (and maybe space, as well)? The digital spaces became more prominent, and the months of being inside have taken their toll on all of us. “Inside” is also a smart name for Mother Mother’s most recent record that came out in July 2021. Short and simple, yet there is so much to it: it is not only about being inside physically but also looking inside yourself: Ryan Guldemond’s lyrics are always deep, introspective, and insightful.

The pandemic has been surprisingly kind to the MM crew. In 2020, as TikTok was becoming one of the fastest-growing social networks, the band’s classic songs started trending on the app, and Gen Z’ers all over the world started using Hayloft in their short videos. This has sparked the interest for the band in both US and Europe, and suddenly they became more popular than ever, all while staying inside. Meanwhile, the Canadian, especially the western Canadian, market has been aware of the bands’ creative genius for over 10 years now, so being home and performing in front of the Vancouver crowd will always feel special for Ryan and his bandmates.

For their epic return, Mother Mother has ambitiously booked 5 shows in a row at the iconic Commodore Ballroom. Tickets were so in demand, they had to add two more at the end of the month. The first show on December 2nd, was surprisingly busy for a Thursday night, with long lines outside of Commodore Ballroom. People of all ages and styles were in attendance as throughout the course of 15 years Mother Mother has appealed to different audiences, and many people who started listening to them at the early stages of their career were lucky to grow alongside the band. The Commodore’s dancefloor, now with chairs added due to the provincial health guidelines, looked busy and inviting; after the months without live music, one can not complain. At this point, we will take it in any form we can get.

When our heroes emerged from the smoke, the room exploded and it almost felt like the world was back to normal: we are doing this again!

As the introduction, Mother Mother used Seven – the Inside’s opening track, accompanied by the sounds recorded during the 7 pm cheer of the early pandemic days: applause, screams, and cowbells, alarmingly triggering and yet nostalgic at the same time (remember thinking that we’ll be out of this in a couple of weeks?) Ryan and company tricked us right away: since they have used the album opener, I was expecting the set to follow Inside’s structure for at least the first few tracks. However, the band started playing O My Heart – the opener and the title track of their most iconic eponymous 2008 album. Kicking off the show with a big hit was a bold and fun move, and it got Commodore going crazy.

The atmosphere created by three vocalists with their very different voices makes Mother Mother’s sound recognizable and unique. The famous harmonies of Ryan and his sister Molly Guldemond, as well as the keyboardist Jasmin Parkin, sound as good live as on the record, sometimes even better (especially when you think how difficult it is to perform live, and how gifted they must be to pull it off so seamlessly every time). Of course, the same can be said about instrumentation. Bassist Mike Young and drummer Ali Siadat are seasoned professionals and their skill level is obvious even to non-musicians. The amount of musical “surprises” added to the setlist also speaks to the band’s mastership: Mother Mother famously redefines their songs during their live shows, adding new elements and solos, sometimes mixing the lyrics, and creating “mashups” between a few tunes. They also often progress through their setlist using thrilling transitions. At the current show, for example, O My Heart transitioned into The Stand through a guitar solo; Verbatim became Infinitesimal, which in its turn transitioned into Get Up. Girl Alone was sandwiched between two parts of Hayloft, and so on. Mother Mother is never boring and they always find new ways to surprise their audiences. Those elements keep their live shows exciting and different every time. The mastery and talent of this bunch grows all the time, and this creates an infinite amount of creative ideas and ways to surprise their fans.

Ryan is the main voice of the group, yet the Mother Mother concerts always give Molly and Jasmin a chance to have a solo moment. This time, Molly and Ryan were left alone on stage for the majority of Pure Love – a song that starts acapella sung by Molly’s unique and calming voice; the siblings were later joined by the band as the song has continued into its instrumental climax. Jasmin, in her turn, had her moment performing Girl Alone, a touching song reminding you that it’s ok to “date yourself” and be independent, despite Jasmin’s sad and crying vocals. Jasmin also sounds incredible on all the early songs that were originally performed by Debra-Jean Creelman, before the singer left the band to pursue her own thing. Fans don’t forget DJ’s legacy and influence, but Jasmin is so good with adding her twist yet making sure the old tunes always sound as close to the original as possible.

Mother Mother has a big tour booked for 2022: they go down to the US first, then fly to Europe, then come back to Canada and go across the country. Since going viral on TikTok has helped them reach out to wider audiences, this is their first big tour of this caliber with a bunch of sold-out shows and bigger venues. Yet the group never forgets where they came from, and Ryan has mentioned how privileged they are to be here in Vancouver and have their fans continuously supporting them for the last 15 years. “We will all die, with this memory, it occupies a valuable space in our minds and our hearts” – he stated. – “We don’t take it for granted that you chose to spend your time, (that you don’t get back), with us.”