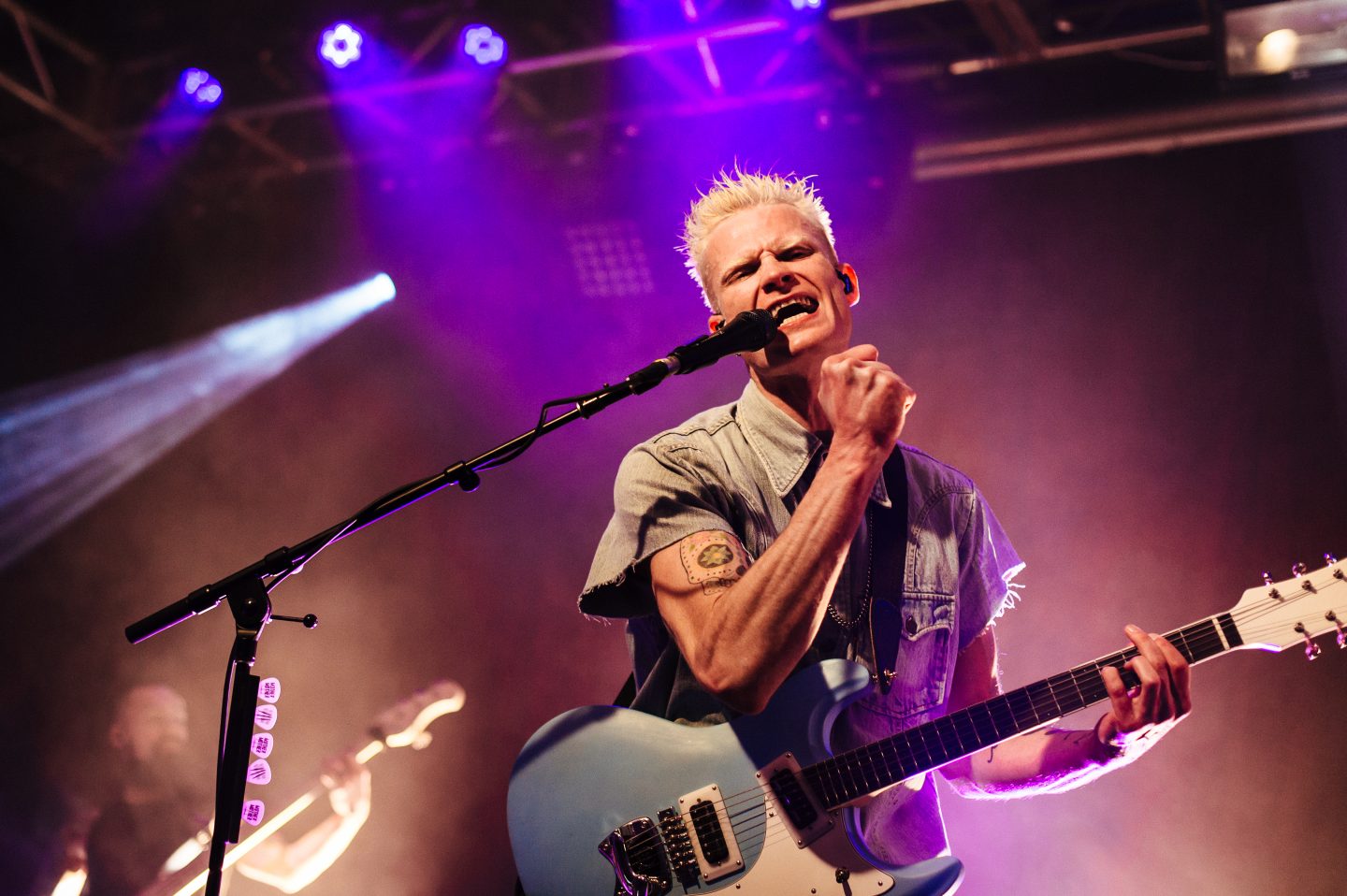 Wednesday, January 23, 2019 Paige Nagel Brendan Shanley Seattle
Share the experience...
I had my first Mother Mother experience on the way home from work, on my cordless over-ear headphones, huddling under the hood of my rain jacket and juggling three bags.  It was also about 45 minutes before this concert. I know, I am now sorely aware of what I’ve been missing. Needless to say, my Wednesday evening plans turned around pretty quickly. I immediately fell in love with their sound, and spent the next half hour dancing around my apartment like a 5-year old, while hopping into jeans and trying to tie my shoes and eat leftover pasta at the same time. I could not miss this concert.

My night with Mother Mother was an evening of firsts. My first concert of 2019, my first concert at Neumos—though I’ve been there many times for other events—and my first time writing for Lost In Concert. To give you a little perspective, I had very few preconceptions. I wanted it to be dark and loud, and I wanted to dance. Neumos took care of the first two requirements—although in my personal opinion it could have been louder—and Mother Mother came through on the dancing… and crying… see their latest album: Dance and Cry. Their energy on stage was exactly what you need from a band whose music gives you all the feels, while simultaneously inspiring you to jump up and down. They feel it, they get into, they dance with each other, and they make you feel like you’re in on it, like when Ryan Guldemond took out an ear piece for ‘So Low,’ stating that he really needed to feel the music for this more organic tune.

This 5-piece band has such a cool shifting sound, and that’s something that doesn’t always come through well live, but they nailed it. The female vocal stylings of Molly Guldemond and Jasmin Parkin crop in at all the right places, adding a beautiful depth and variation to the harmonies. They even had a couple of major Collective Soul moments which gave me the best vibes, while managing to keep all of the signature grittiness that makes their sound so unique, and throwing in some improvised riffs and flourishes just for us.

The set list had a great flow, starting off a little soft, hitting the tour tracks, and then slowing down in the middle, just when we needed a moment. Don’t get me wrong, even when they slowed things down, you could close your eyes and just move with the beat and the energy in the room. As Ryan described it, we were making ‘good noises.’ No pin dropping song transitions here, though admittedly their breaks were a little awkwardly placed and abrupt at times.

They finished strong, coming back with their old fan favorites, and then letting us all down easy with ‘Ghosting’ as the last track of the night. However, I do feel that I need to make one correction on the final word of the evening – we do need you Mother Mother.

Laid back Cali-grooving tunes.. with a side of biscuits