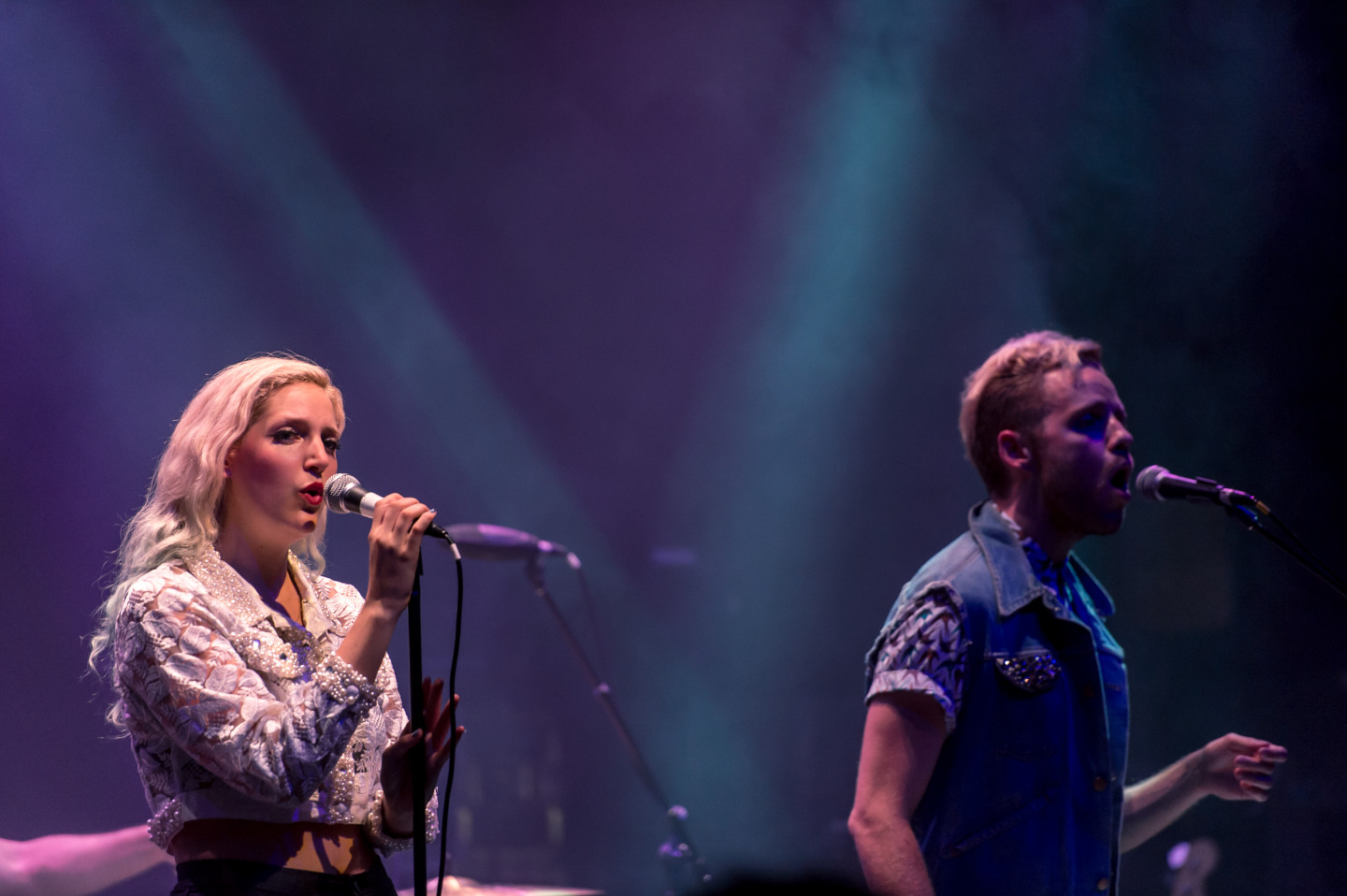 MS MR is a rather new band that no one really knows much about. The band doesn’t even post the name of its members anywhere and at present time of this post, there is no record of any interviews given. They don’t yet even have a full-length album and it was just this month that their first single “Hurricane” was made available as a download on iTunes. Scour the internet for info about this group of four from Brooklyn if you may, but you won’t learn much about the mysterious band that won the opening slot for a leg of shows with Marina and The Diamonds. Pretty darn good gig for a little-known act.

While we may not know much about MS MR, we do know they managed to elate the sold-out crowd at Park West despite it being the secret band’s first visit to Chicago. They brought us large powerful music that never drowns out the assertive vocals of the platinum blonde and poised front woman. Although her name has not been officially revealed, serendipity has it that I learned it to be Lizzie. (I happened to offer her an open spot in my booth while Marina and the Diamonds performed. She was effervescent, gracious and very complimentary toward both the crowd and Marina.) Because we don’t know her last name, let’s call her Ms. X. Seems appropriate enough, right?

Our new friend Lizzie X had many stand-out vocal moments where her towering voice hinted at the power of Florence Welch, though her stylings also hearken the seduction of Ellie Goulding during more dreamy songs. (Oh, and her perfect stomach is so flat that she looked photo retouched in that cropped top and those shiny leggings – and that hurts no one either.) Ms. X was accompanied on stage by three gents on keys/synth, bass guitar and drums who chime in on back-up vocals. Half-way through their set, they had the crowd clapping along without even prompting them to do so; a tremendous accomplishment when a band doesn’t yet have a fan base as first time visitors to a city. It was the joyful audience’s unspoken way of saying, “We love what you’re doing and please keep workin’ it!” Lovely Ms. X. introduced an energized cover of “Time of My Life,” which having been reworked to boast major pop appeal, rises above the original and less soul-seizing arrangement from English singer/songwriter Patrick Wolf. For the set finale, the front woman’s voice sliced through looped vocals, steady percussion and sensuous bass lines on “Hurricane”. It’s a dark and sexy track that echoes the sense of mystery and intrigue that’s surrounding the band’s identity.

A message to Lizzie X and her band mates: Alright, we’ll buy into the mystery. Just please come back soon?